The Expressive Design Group (EDG) has been producing high-end paper products such as greeting cards, stacking boxes, gift bags, and specialized packaging since 1999. When EDG was able to secure large orders from retailing giant Target, it became clear that they would need a reliable and knowledgeable 3rd party auditing partner. Target, like many retail organizations, has put forth a significant effort to ensure that their products are produced and traded according to high ethical and quality standards. All Target suppliers are now subjected to a rigorous evaluation before they are permitted to produce Target merchandise. In order to ensure that their factories would receive a passing grade from Target’s auditors, EDG partnered with InTouch.

Expressive Design Group needed to evaluate and improve their supplier’s level of compliance with Target’s Standards of Vendor Engagement as soon as possible. EDG’s previously negotiated Target were being delayed until their supplier was approved for production. Senior InTouch compliance specialists met with EDG’s China-based management team right away. During this meeting, InTouch experts laid out a plan that would require a maximum of 30 days to bring EDG’s supplier into compliance with Target’s standards.

First, senior InTouch compliance auditors would conduct a full evaluation or pre-audit of EDG’s supplier based on the very same criteria Target auditors are trained to follow. This pre-audit would reveal all issues of non-compliance with Target’s standards, and allow the InTouch team to focus on the most critical issues leading up to the next official Target audit. 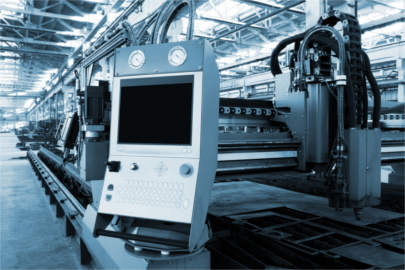 Over the course of 4 weeks, InTouch compliance experts worked closely with the factory management to address each critical non-compliance issue. A complete overhaul of the factory’s record keeping system was undertaken in order to satisfy Target’s requirements regarding in-process and final quality control inspection documentation. In the production and warehousing facilities, safety warnings and usage instructions were posted on all machinery, while clear signage was installed to denote separate areas for non-conforming products and materials.

Throughout this process, a dedicated InTouch client manager compiled regular status updates and submitted them to Expressive Design Group management. In this way, EDG was able to track the progress of their supplier as improvements were constantly being made. Less than one month after EDG initially engaged InTouch, their supplier underwent an official Target audit and was quickly approved to produce Target merchandise. Today, InTouch is still EDG’s compliance audit partner, and has helped the company expand their business by guaranteeing that each of their suppliers can operate within the standards of any retailer or brand. 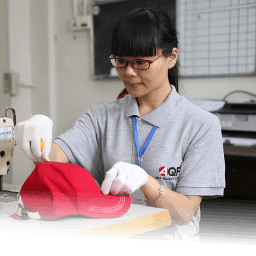 Have a question?
Ask InTouch,
it's Free!