3 Complications of Sub-Suppliers and How to Avoid Them

Knowing these three complications of sub-suppliers can help you maintain a very reliable and socially compliant supply chain. 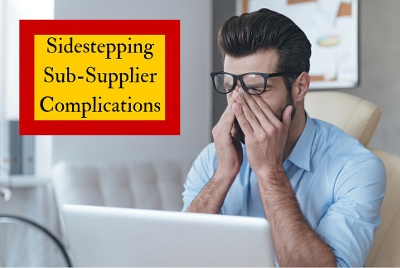 Imagine that you import mountain bikes from a supplier in Taiwan. One day a customer complains that the brakes on her new bike aren’t working properly. The next day another customer experiences the same issue, and then another. You take a close look at your recent shipment and find that all the bikes of the same model have faulty brakes.

Then it hits you…

Your supplier’s factory doesn’t manufacture the brakes in the bikes. Instead, the factory manufactures the frames and assembles the bikes with parts sourced from various sub-suppliers. In fact, you have no idea where the brakes came from or the actual capabilities & condition of the factory that made them.

There are many complications that can arise from sub-suppliers, with defective components being just one of many. And given the prevalence of sub-contractors in supply chains, importers are exposed in ways they may not have considered.

Let’s look at a few potential complications of sub-suppliers and how importers can avoid them:

Among the more obvious and likely complications of sub-suppliers is difficulty in managing quality. It can be hard to control the quality of parts that you don’t manage directly. Compounding this, some suppliers are reluctant to release details about their sub-suppliers, making it even more difficult, or impossible, for you to inspect parts and 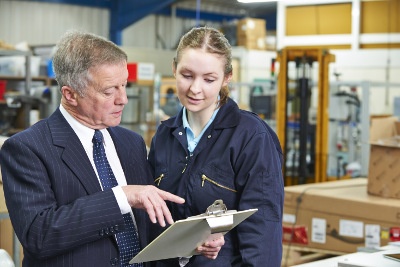 materials at their source.

To illustrate, Steve Denning, a writer for Forbes, recounts the issues Boeing experienced with outsourcing production of 787’s:

…some Tier-1 strategic partners did not have the know-how to develop different sections of the aircraft or the experience to manage their Tier-2 suppliers. To regain control of the development process, Boeing was forced to buy one of the key Tier-1 suppliers (Vought Aircraft Industries) and supply expertise to other suppliers.

Sometimes sub-suppliers are necessary. Boeing’s 787 aircraft is a highly complicated product with many sub-components. Product packaging, for example, is typically manufactured at a facility other than where the actual item is produced.

Generally, the more layers of sub-suppliers there are, the more difficult it is to maintain quality control. In Boeing’s extreme case, the importer was actually compelled to acquire their Tier-1 supplier in order to better manage their supply chain.

It’s common for vendors or trading companies to refuse to disclose the name and contact details of a sub-supplier. Without the supplier’s consent, you’re forced to rely solely on them to communicate your needs to sub-suppliers.

Sourcing different parts and materials can become like the children's game of telephone, where your specifications or requirements become distorted with each pass from one person to the next in the supply chain. Even if you’re very clear about your expectations, you might find that sub-suppliers are receiving inaccurate information.

How can you manage sub-supplier QC?

There are a few things, however, that are within the importer's control. Most importantly, clear requirements make it less likely your supplier will misinterpret your expectations. In the same vein, a clear QC checklist helps instruct the supplier as to a product’s specifications and tolerances.

When a vendor or trading company is reluctant to reveal their suppliers it’s usually because they’re worried their customer might cut them out by approaching the suppliers directly. In such cases, it’s often advantageous to sign a non-compete agreement, which can put your supplier at ease.

With a non-compete agreement in place, you can typically communicate directly with sub-suppliers as needed. In the mountain bikes example, you can even carry out inspection of the brakes before they’re shipped to the final factory for assembly.

Quality problems can lead to delays when a manufacturer tries to address them before shipping. This issue is often made worse when quality problems involve parts or materials sourced from sub-suppliers.

In the case of the mountain bikes, let’s say an inspection before shipping reveals brake problems. There are a few possible solutions: 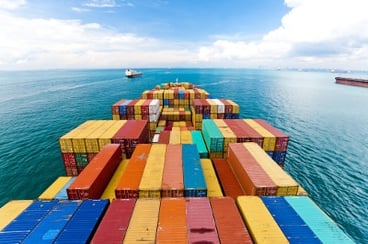 1. The supplier’s factory that assembles the finished bikes tries to repair the faulty brakes.

2. If new brakes are needed, your supplier communicates with the brake supplier to send new brakes for the assembling factory to install.

3. The worst case scenario, your supplier needs to find a new sub-supplier altogether that can manufacture brakes that meet your standard.

All outcomes are likely to result in a shipping delay, especially the last one.

How can you prevent delays related to sub-suppliers?

Sometimes production and shipping delays are inevitable (related: 3 Disruptions to Manufacturing in China). And although the method for avoiding delays is the same, importers should be especially careful when multiple sub-suppliers are involved.

It can be very helpful to manage production with a timeline: 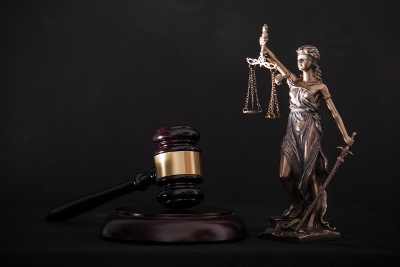 Importers will often have a new factory audited for social compliance. But lower links in the supply chain often don’t receive this level of oversight.

An article about ethical sourcing in the garment industry published in the Huffington Post last year reads:

Western brands can’t afford the luxury of working with the same suppliers and ensuring that they meet the company’s standards… most of them have outsourced this coordination to megasuppliers: huge conglomerates that can take a design sketch, split the production between thousands of factories, box up the goods and ship them to stores in less time than they’ll stay in style.

You might not be aware of serious social compliance violations that could be occurring at the factories of your sub-suppliers. This can be dangerous, as was shown in the 2013 Rana Plaza collapse, which killed 1,100 people. You might also be running the risk of having violations discovered during a formal audit from a retailer. Retailers may refuse to distribute your product if your suppliers fail an audit for social compliance.

How can you minimize compliance risk of sub-suppliers?

There are certainly limitations of social compliance audits, such as the reliability of worker interviews. But if you have a good relationship with your immediate supplier, auditing any sub-suppliers following SA8000 or retailer standards is one of the best ways to verify social and local law compliance. If a sub-supplier fails an audit with serious violations, it may be wise to look for a compliant alternative.

Sub-suppliers can complicate things. But they can also help to cut costs. If your supplier is using sub-suppliers to manufacture part of your product, it doesn’t mean that you have to blindly accept any potential problems that result.

Substandard product quality, delays and social compliance violations are all potential complications of sub-suppliers, but they can be managed. The most reliable way to ensure that sub-suppliers don’t cause problems in your supply chain is to keep an open and honest dialogue with your supplier, provide clear instructions about your quality expectations and be vigilant with inspecting the product and auditing the factories involved.

And don’t miss the manufacturing podcast episode that covers this article!

Do you have other tips for avoiding problems with sub-suppliers? Share them in the comments below!