How does pollution affect manufacturing in China? How have steps taken by the Chinese government to reduce pollution impacted the cost of manufacturing for importers? An overall increase in costs may be inevitable. But as an importer, it makes sense to support your factory in making these improvements as these can help you avoid supply chain issues and save money over time with increased factory efficiency and a lower defect rate. 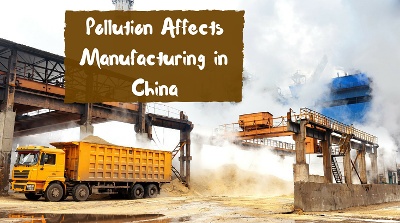 Imagine just waking up. You let out a yawn and stretch out as you pull back the window curtains expecting to be greeted by sunshine. Instead you look out at a bleak horizon of grey and black. Buildings a few meters away disappear into smog and pedestrians breathe through gas masks.

This description may paint the picture of some post-apocalyptic dystopia. But for many people living in or around Beijing, this is reality.

In 2008 Beijing ran a cleanup campaign costing about $20 billion USD and shut down hundreds of factories in and near the city. Tianjin, a major industrial city bordering Beijing to the east, faced shutdowns from July until September in an attempt to clean up the air and alleviate negative press about the pollution.

It’s not news to most of us that certain industries and factories produce high amounts of pollutants. But China’s current situation is especially distressing. You may not have experienced it before, but a mask is now essential for people who live in Beijing. And you can easily find an expat guide for obtaining a mask online. Recently there were “red alerts” issued by Beijing, closing schools and offices due to limited visibility and unbreathable air in the city.

How does pollution affect manufacturing in China? How have steps taken by the Chinese government to reduce pollution impacted the cost of manufacturing for importers? Let’s look at three major ways you might be affected.

One way pollution affects manufacturing in China is an increase in fines. In 2015, China started to implement its recently revised Environmental Protection Law, which hadn’t been changed in 25 years. The law gives the Ministry of Env 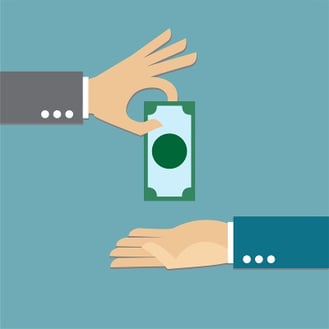 ironmental Protection (MEP) more power to regulate and control organizations and factories that pollute heavily. This new power allows the MEP to levy much heavier fines than in the past.

According to Haining Daily, the new fine method is calculated by counting and charging for the number of days that the violator pollutes, starting from the day after the organization or factory receives official notification from the MEP and continuing until they fix their pollution problem.

For example, in 2015 Taijing city fined polluting factories around 60 million RMB in total, which is 2.26 times the amount fined in 2014.This change reflects a strong desire to improve the awful air pollution situation in the JingJinTang Area.

What factory fines mean for importers

If the factories do not take actions to change the way they manufacture and decrease their pollution output, they either have to increase the costs of their products or absorb these costs themselves, which will lower their net margin and will slow their progress in the long run as well.

As an importer dealing with a factory in this situation, you will need to find a factory that is cheaper or face an increasing cost to produce your products. Whether the factory makes changes upfront to reduce pollution or eats the cost of the fine, it will mean an increase in your costs of manufacturing.

If you have a longstanding relationship with your supplier, you may want to push the factory to make the necessary improvements to reduce environmental pollution and prevent fines. An investment up front may take some time to pay off in the long run. So it can be difficult to get a supplier to cooperate unless you have the influence of one of their larger customers.

The rise of compliance programs is one way pollution affects manufacturing in China and elsewhere. Many global brands have been blamed for outsourcing their pollution to developing countries in Asia and elsewhere. In part to improve their brand reputation to the public and correct the misdeeds of some of their suppliers, most gl 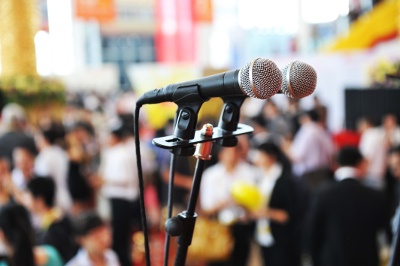 obal brands have developed a compliance program or set of compliance standards imposed on their suppliers.

Take the Gap Inc., for example. In 2012, Greenpeace released information that linked Gap to toxic water scandals in Mexico. Gap has, according to Newsweek, admitted that in 2005, 10 to 24.99 percent of their factories in South Asia violated their Vendor Code of Conduct regarding environmental management systems. By 2012 the number of violating suppliers rose to over 50 percent.

Unfortunately, sometimes factory management will pay auditors for a report that doesn’t entirely tell the truth in situations where there is little oversight. This problem is often more serious with major global brands that have more complicated supply chains. Indian social activist Sinnathamby Prithviraj has said that auditing is really just a very sophisticated system of lying.

How importers are affected by brand pressure

For suppliers of global brands and retailers that don’t have direct control over their factories, there’s greater pressure to find better manufacturing plants that are in compliance with local laws and a company’s code of conduct.

For importers that distribute to major brands and retailers, compliance issues will be another driving force, right next to environmental regulation, to push factories to improve conditions and meet compliance standards. This does not necessarily have to increase importers costs, however, as factories who are compliant will often earn more business and function more efficiently.

There are a number of independent auditing firms that can visit factories and report on social compliance or environmental management systems (EMS). While most retailers apply their own criteria for compliance, ISO 14001 is an internationally-accepted auditing framework for EMS. Having your supplier audited in preparation for a formal audit from a retailer can ensure you won’t be penalized for not meeting your retailer’s standards.

"ISO 14001 is an internationally-accepted auditing framework for EMS."

Improvement in how we manufacture is one of the more positive ways that pollution affects manufacturing in China. Following greater public awareness about health implications and global warming, both governments and global retailers are taking action to solve the pollution crisis. Many factories, in China and elsewhere, have had to revamp their production processes to meet higher regulations.

According to the Wall Street Journal, Chinese company Jindong Glass had to close one of its factories in 2014 and invest in new equipment to produce reinforced glass with lower emissions than simple plate-glass production.

Another example of improvement is Crystal Group, one of Asia’s largest apparel manufacturers. The company is working with other partners on a water-recycling program at a denim factory in the south of China, an investment the company believes will pay off when energy and water prices rise.

Not surprisingly, many factories may be initially put off by the idea of investing in processes that reduce pollution. But as we’ve seen with Lean manufacturing and other initiatives that eliminate waste, changes to production processes often improve efficiency, lower costs and improve product quality.

For example, Ford Motor Company found waste in one of their painting processes. By methodically implementing changes to the related production processes, Ford not only reduced the pollutant Volatile Organic Compoun 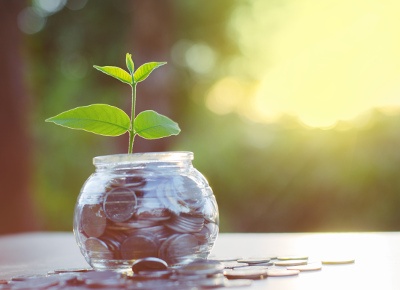 ds (VOCs) by 70,000 kg per year, but also cut costs by $2 million. Ford's case remains a textbook example of how changes made to reduce environmental impact in manufacturing can lower costs.

Like any changes in manufacturing, it’s much easier to get your supplier to reduce environmental impact if:

If you represent a relatively small fraction of a supplier’s total business, you may have difficulty pressing factory management to make changes. It may be easier for you to audit a potential supplier’s factory or visit it personally and be selective with who you work with beforehand. It’s not unheard of for larger importers to invest in getting a factory to improve–in some cases actually purchasing the necessary equipment themselves.

The situation in Northern China remains a smoggy example of the environmental impact of heavy industry. But the winds of change are blowing. The changes factories make will increase the confidence importers have about the quality of their products while also attracting brands that are focusing more and more on reducing their environmental footprint.

As we’ve seen, pollution affects manufacturing in China in a number of ways. An overall increase in costs may be inevitable. But as an importer, it makes sense to support your factory in making these improvements as these can help you avoid supply chain issues and save money over time with increased factory efficiency and a lower defect rate.

And be sure to check out the manufacturing podcast on this topic!