5 Common Tablet PC Defects and How to Address Them

All of these tablet PC defects are preventable with proper due diligence and testing during and after production. As with other consumer electronics and appliances, tablet PCs have the potential to pose a hazard to end users, such as overheating. So it’s especially important that the product is inspected before it leaves the factory. 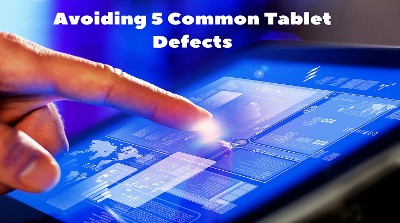 The tablet PC market is highly competitive. And while some brands have struggled to differentiate themselves, a few companies like Apple have managed to stay competitive by focusing on one thing: product quality.

To a new manufacturer or importer, it may not be obvious what quality defects to look for in tablet PCs. A unit might turn on without a hitch. It might take high quality photos. And it may seem that a tablet PC is in good working order overall. But your new tablets could show signs of a problem that only becomes apparent well after the goods have left the factory and been distributed to retailers and customers.

But by being familiar with some of the common quality issues that can affect tablets, you can avoid purchasing a faulty product that doesn’t meet your requirements or quality standards. So let’s take a look at five common tablet PC defects.

1. Broken pixels (dots or lines in the display)

Screens used in tablet PCs and smartphones are made with a liquid crystal display (LCD). These screens use a grid of points, called pixels, which each have three sub-pixels – red, green and blue, which turn on and off to display colors on the screen.

These pixels are powered by transistors in the tablet’s circuitry, and if a transistor fails or is faulty then this will result in one or a series of pixels to malfunction. If you notice any dark or bright spots on your tablet screen, there is typically a problem with the tablet’s transistors.

An end-user cannot typically fix this defect because internal components need to be checked and replaced. This sort of maintenance is best performed by the factory, especially considering the risk of electric shock posed by tampering with transistors.

Broken pixels are one of the tablet PC defects that QC personal should be able to detect relatively easily. And if a third-party inspector discovers broken pixels in a tablet, they’ll typically consider it a “major” defect, since it affects product functionality (for more information on how to classify defects, see 3 Types of Quality Defects in Different Products).

When the tablet is powered on and is displaying light colors, you might notice small, blurry points. This is usually dust, but it could also be dirt or residual material left from

production. The cause of foreign material in the screen is generally due to the factory’s quality control procedures and cleanliness of the assembly areas in the workshops.

It’s typically easier to keep foreign material out of a tablet during assembly than it is to remove it from the finished product. Tablet PC manufacturers should have a “clean room”, built specifically to prevent environmental pollutants like dust particles from interfering with the production process.

While larger suppliers such as Apple and Huawei typically have very strict processes to control these areas, smaller factories may not, which generally leads to more tablets found with foreign materials inside the screen.

Depending on the size of the foreign material and whether functionality is affected, this defect may be classified as “minor” or “major” during product inspection.

3. Dust inside the camera

Just like finding foreign material underneath the screen, dust inside the camera means contamination has happened at some point during the assembly process. The difference is that in some cases, the dust is actually inside the camera component.

Tablet PC suppliers might use sub-suppliers to provide parts for the final product. While there are definitely complications of using sub-suppliers, outsourcing components isn't necessarily bad. But when a sub-supplier lacks thorough quality control protocols—or a proper clean room—the quality of the finished product suffers. In this case, the camera may have been contaminated before it was received, which means the assembled tablet PC will likely take distorted, substandard photos.

Like broken pixels, dust inside the camera is one of the tablet PC defects that’s somewhat easy to identify. And it’s important that the supplier is conducting proper incoming quality control on outsourced parts to ensure they’re not receiving faulty or contaminated components. Checks on incoming components will help guarantee that the final product is free of defects and functions as designed.

Touch screens tend to be very sensitive by design. And when end users report an unresponsive touch screen it’s often the result of something as simple as the screen being dirty, scratched or cracked. Aside from damage to the screen itself, the screen can also malfunction if it’s not properly connected to the printed circuit board (PCB) inside.

Unresponsiveness due to software issues

When a touch screen is unresponsive and there are no internal or external hardware issues, a software problem is usually to blame. If so, a hard reset and then restoring to the factory’s default settings will generally fix the issue if there’s nothing seriously wrong with the unit. 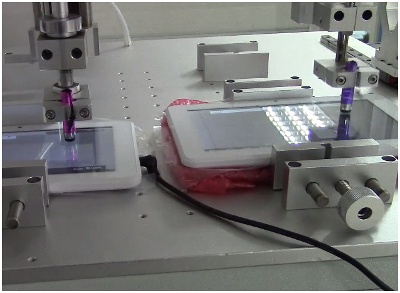 But other times there are more severe software issues that occurred during the initial set up of the tablet at the factory. In this case, the unit is virtually useless and the factory will need to replace or rework the affected units (related: 3 Vital Questions to Ask before Product Rework).

Visiting a supplier to ensure that every tablet PC is completely without this defect is definitely an option for some importers. But a far easier approach is to perform product testing on a sample of an order. An accelerated life cycle test, for example, can verify touch screen functionality over the intended lifetime of the product.

There are several reasons that batteries overheat in tablets. As most people will recognize, tablet batteries can heat up during heavy use, such as extended use of media or web browsing. In a normal tablet, some heating should be considered normal and doesn’t necessarily mean the product is defective.

But it becomes a problem when batteries heat to the point of damaging the tablet. In extreme cases, a tablet’s outer casing could actually melt, and overheating could pose a fire hazard.

There are some cases, mostly in earlier models of tablets, where software or general design issues can cause batteries to heat beyond what the product can tolerate, even under normal use. Some tablets like this are able to be fixed by software updates. Other models, however, may simply have poor design that doesn’t allow for adequate cooling.

Another common cause for overheating batteries is a faulty battery charger or batteries. In some cases it’s physically evident that the battery is defective because it bulges at the sides. In other cases, it may not be obvious that the battery has a problem by looking at it. But that doesn’t mean it isn’t malfunctioning.

Preventing and checking for battery issues in tablet PCs

A faulty battery charger can cause overheating, and in some extreme cases, cause the battery to explode. This generally occurs when third-party, generic chargers are used. For this reason, it’s typically best to use the charger supplied by the original equipment manufacturer (OEM). Likewise, if a tablet PC needs a replacement battery, it's best to use an OEM battery as a replacement and never settle for one that is a knock-off.

Battery capacity, charge and discharge should all be included in a product inspection of tablet PCs. Along with other standard tests for consumer electronics, these help ensure the product is safe.

"Using #OEM parts can protect you from #electronics disasters"

All of these tablet PC defects are preventable with proper due diligence and testing during and after production. As with other consumer electronics and appliances, tablet PCs have the potential to pose a hazard to end users, such as overheating. So it’s especially important that the product is inspected before it leaves the factory.

And testing a tablet PC for product safety alone typically isn’t enough. It’s also important to stay vigilant for any functional and aesthetic defects as well. Something as simple as blurry photos caused by dust in the camera can result in customer returns and negative product reviews. By considering these five common tablet PC defects and how to address them, you’ve just taken a step toward higher product quality.