China's Environmental Crackdown on Manufacturers to Continue in 2019

1. China’s environmental crackdown on manufacturers to continue in 2019

A new soil pollution law targeting manufacturers will take effect at the beginning of next year in China.

The law focuses on “soil polluters”—namely manufacturers, business operators and land-use rights holders. The law is part of a larger effort by the Chinese government to reduce pollution overall.

Chinese premier Li Keqiang declared a war against pollution in 2014. This move was a stark change from the country’s typical policy of putting economic growth ahead of the environment.

Most of the cleanup efforts have focused on air pollution. And in the last four years, some cities have cut average concentrations of fine particulates in the air by 32 percent.

The rapid improvement is impressive. But it’s also brought many changes for businesses operating in China, including increased fines and even factory closures.

As the government passes additional regulations, importers sourcing from China who familiarize themselves with new policies can avoid manufacturing disruptions like seeing a supplier’s noncompliant factory shut down.

China has made strides in recent years to reduce air pollution. But pollution remains a concern throughout China.

According to a study by the Chinese University of Hong Kong, every year, air pollution:

In order to improve pollution, the government has:

And in coming months, air pollution inspections will increase threefold. The central government plans to send out 200 teams comprised of 18,000 inspectors through April 2019.

China’s reliance on industrial manufacturing is another commonly criticized source of pollution.

Under the new law, these groups must take effective measures to monitor, prevent and reduce soil pollution. And they bear liability for the soil pollution they cause.

According to the Ministry of Ecology and Environment, businesses are also the focus of the increased air pollution inspections. You can expect to be “hit the hardest” if your business falls within the following sectors:

China is stepping up inspections and punishments for noncompliant businesses. But officials are also increasing incentives for companies that reduce pollution.

China receives a lot of flak for high pollution levels. But the government continues to expand the focus and scope of its anti-pollution efforts.

If you operate in China, stay alert for additional measures in the coming months.

Follow the link below to continue reading about environmental compliance for businesses in China.

If a company asks you to attend a contract ceremony in China, be wary.

According to Dan Harris at Harris Bricken Law, lawyers at the firm have received an uptick in emails from companies facing a “Come to China to sign a contract” scam.

One Spanish company emailed Harris and said it lost nearly $10,000 from this scam.

After spending weeks negotiating a contract, employees traveled to Chengdu to sign the contract. There were a few red flags while in China, like having to pay for an expensive dinner.

But according to the email, the real trouble began once the Spanish employees returned home. A portion of the email posted by Harris reads:

[The Chinese company’s] website was gone, and I then was certain we had been scammed. They don’t answer my emails anymore.

Properly vetting your suppliers can help you avoid this headache down the line.

Companies who fall prey to this scam typically lose between $5,000 and $10,000. But fighting to get the money back can cost more than was originally lost.

There’s little at stake for scammers and few legal options for those who get scammed.

In the example above, the company used a fictitious name. But according to Harris, scammers often use the name of a real Chinese company and just slightly change the contact information.

This close resemblance to a real company can make the scam hard to spot.

But this scam only happens when companies fail to thoroughly research their fictitious counterpart before signing a contract.

Vetting suppliers can reduce your risk

It’s easy to rush into a subpar situation in the excitement of a good opportunity. But it’s also easy for an ill-intended party to misrepresent an opportunity to eager buyers.

When it comes to contracts, Harris suggests:

According to Harris, scammers will often move onto an easier target when companies push for more information.

Thoroughly vetting a Chinese counterpart is always a good idea, even when it doesn’t involve a contract or signing ceremony.

Had the Spanish company done a credit check or audit, it wouldn’t have lost $10,000. With this scam on the rise, now is not the time to be lax on vetting processes.

Follow the link below for more information on contract scams in China.

The Come to China to Sign the Contract Scam: A Classic for Good Reasons – Dan Harris, China Law Blog

3. Consumers struggle to tell counterfeit products apart from real ones

One in five online shoppers in India have received fake products over the past six months according to a survey by Local Circles.

More than 27,000 participants were asked about the frequency of receiving counterfeits, their ability to recognize fake products and suggested avenues for improvements. 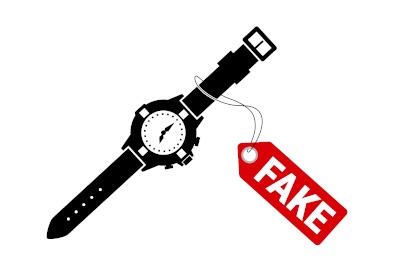 Counterfeit products are a well-known problem for many ecommerce platforms. According to the researchers:

Fake products on ecommerce sites is a much bigger problem than we thought.

But the survey also sheds light on consumers’ inability to identify counterfeit products.

Some companies deny allegations of counterfeit products on their platforms. But others are working with consumers and brands to ban known sellers of fake goods.

Despite these efforts, the counterfeit market is still a multi-billion-dollar industry.

And until regulations mandate greater protection against counterfeits, brands should arm consumers with tools to better identify counterfeit products.

Sixty-nine percent of survey respondents said they didn’t know how to identify a fake product.

But if a consumer doesn’t realize they’ve bought a fake product, any issues they have with that product could impact their impression of your brand.

But according to the survey, banning sellers isn’t enough.

How can you help customers identify your product?

When counterfeits reach the marketplace, consumers are the last line of defense.

Enabling consumers with tools to identify your products can help restore security in their purchasing experience. And it can also provide greater security for your brand.

Almost 80 percent of survey respondents said disclosing seller entity details could help minimize the sale of counterfeits. This information could include:

You could also consider helping consumers identify authentic goods through your packaging.

According to Packaging Digest, establishing a unique, consistent packaging design and color consistency can make it more difficult to counterfeit your product.

And helping consumers identify your product can give them greater purchase security.

Whatever you choose to do, the survey shows customers need more support.

Follow the link below to continue reading about the fake products survey.

If a salesperson offered you a $1,000 upgrade on your new fridge for additional IoT security measures, would you fork over the extra money?

Chances are, you’d go with the cheaper option. After all, who wants to attack a refrigerator?

This is the danger of a minimally protected IoT device.

Hackers probably don’t care about your fridge data. But hacking one IoT fridge could give them access to an entire network of IoT fridges.

Consumers don’t realize the potential threats of an unsecured IoT device. And manufacturers are creating products to meet demand at the lowest cost possible.

But major IoT attacks are beginning to draw attention from consumers and governments.

Improving protections on your products now could help you avoid future attacks and strengthen the network for everyone.

In 2016, an IoT botnet was responsible for the largest internet blackout in U.S. history.

The malware allowed its operator to turn a multitude of IoT devices—smart TVs, security cameras and baby monitors—against a single target.

It affected almost every corner of the web, overloading systems and preventing people from accessing sites.

But it also showed the potential damage of an IoT device. And since then governments have started examining ways to protect IoT security:

But these are just suggestions. And even if governments mandate greater protection for future devices, hackers can still exploit older devices without the necessary security upgrades.

According to Wil van Gemert, deputy executive director of operations at Europol on the IoT:

The real potential [of criminal opportunity] is yet to materialize.

Why is it difficult to secure IoT devices?

One of the reasons it’s hard to secure IoT devices is because consumers will buy a smart product then forget about updating it.

Customers won’t ask questions about a threat they don’t know about. And they’ll look for cheaper products without security, unaware of the potential risks.

Because of this, vendors are flooding the market with unsecure devices.

While it may seem economical to avoid adding strong security measures to your products, awareness of IoT security is growing.

Vendors will design goods to a certain minimum of standard and the consumer will seek that out.

Don’t wait for the market or legislation to mandate greater IoT protections. Get ahead of consumer demand and strengthen your IoT device security.

Follow the link below for more information on the future of IoT security.

IoT security: Why it will get worse before it gets better – Danny Palmer, ZD Net 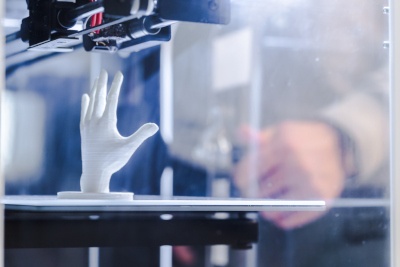 But by 2009, prices dropped below $1,000. And 3D printing became widely available to consumers.

3D printers aren’t especially complicated, but they have a lot of moving parts. And like any technology, they need care and repair.

Because of this, it didn’t take long for 3D printing to become a fad of the past among consumers.

But away from the eye of mainstream media, R&D of 3D printing continued. Focus shifted from consumers to industrial applications.

According to a survey by Sculpeto, 98 percent of businesses across 10 industries consider 3D printing a competitive advantage in their strategy.

Consumers may have dropped 3D printing, but manufacturers are just beginning to explore the possibilities.

How are manufacturers using 3D printing?

Manufacturers see 3D printing as a way to differentiate their businesses through quality, speed and customization.

The study found businesses are also using 3D printing to:

Additive manufacturing allows companies to ditch the warehouse in favor of a digital inventory. Designs are sent to on-demand production facilities near the source of need.

But before you add 3D printing to your supply chain, it’s important to understand limitations of the new tech.

Limitations of 3D printing in manufacturing

While 3D printing has many potential uses, there are still shortcomings.

Additive manufacturing can be a time-saver, but it’s not perfect. Companies considering a digital inventory must worry about:

And because additive manufacturing often involves outsourcing the final step of production, many manufacturers overlook quality control at the final stage.

Consistency is a problem across industrial applications of 3D printing. Adding a new component to your supply chain requires extra due diligence.

But even if you’re willing to add an additional quality control check, there’s a lack of capable talent for 3D printing.

According to Sarah Goehrke, a Forbes contributor, educational initiatives, training and apprenticeships exist but:

Require more attention and support as the industry expands.

Improvements are likely as R&D continues and the industry expands. But it’ll always be important to thoroughly research any changes you make to your supply chain.

Continue to explore and experiment. But don’t forget to verify you’re consistently meeting standards in every facet of production.

Follow the link below for more information on manufacturing applications of 3D printing.

3-D Printing Is A Manufacturing Solution (And Still Not A Magical One) – Sarah Goehrke, Forbes