Learn about FedEx's split with Amazon and mobile manufacturing hubs in India in this week's roundup.

Logistics giant FedEx recently decided not to renew their 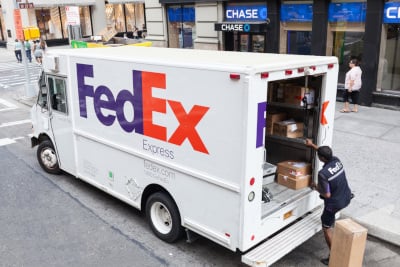 The split won’t impact other existing contracts between FedEx and Amazon, like FedEx’s contract with Amazon for international services.

According to FedEx's press release, Amazon represented less than 1.3 percent of FedEx’s total revenue in 2018, or less than $1 billion. FedEx also said the change is a strategic decision so the company can focus on the “broader e-commerce market” in the future.

On Amazon’s side, representatives said they were “confident in our ability to serve customers” despite the split. Amazon will likely turn to other third-party carriers and its own logistics resources to handle the remaining packages.

But the split still has some Amazon sellers and consumers worried the ecommerce giant won’t be able to deliver goods on time during the upcoming peak season.

Risks for carriers of partnering with Amazon

After their split with FedEx, Amazon is expected to deliver their packages with other big carriers like UPS and the U.S. Postal Service (USPS). Amazon also partners with some local carriers to handle regional shipping, like OnTrac and LaserShip Inc.

But in the long run, carriers might not want to bet their future profits on Amazon. Cathy Roberson, founder and chief analyst at Logistics Trends & Insights LLC, says:

Amazon is a very demanding customer, and they can use that to get better rates, to the detriment of their supply-chain partners.

Plus, Amazon might cast off third-party carriers in the future if they can successfully build their own delivery network. Losing a big client like Amazon could hurt a big carrier like UPS and might “kill” small carriers.

I’m sure that long-term UPS will be handling less packages. If Amazon has a truck coming to my house, why would they pay UPS to do that? …They have their own trucks now, they have their own planes, and the writing’s on the wall.

Amazon has quietly been developing their own delivery capabilities to meet their enormous shipping demand.

The ecommerce giant is now handling delivery for 26 percent of their online orders, according to Wolfe Research. In a press release at the end of 2018, Amazon said they could “transport hundreds of thousands of packages per day” with a new dedicated air network, Amazon Prime Air.

In addition, Amazon has added drones to their Prime Air network as competition in drone delivery has heated up.

What’s more, Amazon has rolled out a new Amazon Flex App to solve last-mile delivery shortages. This app enables people to sign up as part-time drivers to pick up and deliver Amazon packages in their community. Amazon pays $18 to $25 an hour to drivers who deliver goods through Flex.

But Amazon’s growing shipping capabilities haven’t necessarily benefitted Amazon sellers and consumers yet. Many customers reported shipping delays during Amazon Prime Day in July. And some sellers worry Amazon might struggle to deliver goods on time during the peak season without FedEx.

Follow the link below to learn more about FedEx’s split with Amazon in ground shipping.

2. India might be the next biggest mobile manufacturing hub 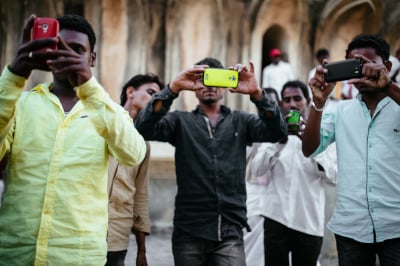 Government programs like “Make in India” and “Digital India” have helped incentivize manufacturing in India in recent years. The Indian government has been providing financial incentives to mobile phone manufacturers through schemes like the Modified Special Incentive Package Scheme (M-SIPS) and Electronics Manufacturing Clusters (EMC).

Mobile phone brands are moving from China to India

China still remains the biggest manufacturing hub in the world. But with trade tensions escalating, labor prices rising and land prices soaring, many mobile phone brands have relocated to India.

With India’s efforts, some brands are considering producing key mobile parts in India.

Among the 268 mobile phone factories now in India, 94 are in Uttar Pradesh. These factories produce mobile handsets, components and accessories.

Once built, the clusters in Uttar Pradesh will produce mobile accessories like power banks, AC adapters and memory cards.

The Indian government expects the cluster to attract investment worth $490 million in the next five to 10 years. The cluster is also expected to boost employment opportunities for around 30,000 people.

India’s mobile components manufacturing and assembly market is projected to reach a value of $74.1 billion by 2024. Follow the link below to learn more about how India is developing its mobile manufacturing capabilities.

How mobile manufacturing made the most of 'Make in India' – Gokul Bhagabati, Live Mint