Supplying to Walmart is a major accomplishment. But what can quickly end that relationship is a factory in your supply chain that earns three orange ratings within a certain time frame or one red one from Walmart's audit team. By meeting Walmart's ethical sourcing standards, you can avoid this nightmare situation and keep business going smoothly.

On April 24, 2013 a garment factory building collapsed in Bangladesh, killing more than 1,220 people. Known as the deadliest accidental structural failure in modern history, the Rana Plaza collapse led to public criticism and an investigation into the supply chains of Walmart and other major retailers. Retailers responded by adopting new standards for social compliance, which they’ve since forced suppliers to meet.

Discovering serious social compliance violations in the supply chain is every major retailer’s nightmare. Findings of child labor and other major issues in your suppliers’ facilities can lead to litigation and consumer backlash.

Importers that distribute through large retailers, such as Walmart, have equal cause for concern. Any brand associated with an unethical supplier is at risk of damaging their reputation, and Walmart will often suspend or ban an importer from distributing in their stores if they find serious supplier violations.

So how does Walmart investigate their suppliers for compliance violations? And what’s the best way for an importer to ensure that they meet Walmart ethical sourcing standards?

Here’s how it works:

Walmart is somewhat of a pioneer in the field social compliance, with a comprehensive responsible sourcing program that importers and factories must follow. Like many other major retailers, Walmart typically investigates its suppliers through a formal auditing process.

Walmart’s contracted auditor visits a factory and closely verifies that it’s meeting Walmart’s standards for suppliers. The auditor documents any violations found, applies a rating to the supplier based on their findings and issues an official report to Walmart.

A critical aspect of Walmart’s formal auditing process is applying a rating to each supplier. The auditor relies on a color-coded rating system, sometimes called a traffic light rating system, by which they rate factories green, yellow, orange or red. The importer, the supplier and Walmart all rely on the rating of a factory to determine the relative compliance with Walmart’s Responsible Sourcing standards.

Many importers find themselves with an orange-rated factory and want to ensure their supplier can get to yellow. For others, the situation might be worse. Some importers are working with a factory that’s already received two orange ratings and is facing an imminent third audit from Walmart. The situation can be more difficult if factory management doesn’t understand the audit standards, and therefore is unable to make the necessary improvements.

In most cases, it’s difficult to expect a factory to become compliant without any direction. Walmart’s standards for suppliers are fairly clear in terms of requirements. However, individual auditors can sometimes interpret the rules differently, which further complicates the goal of passing Walmart’s official audit.

So, what if you’re working with an orange-rated factory that is unable to make the necessary improvements on their own? Just as a sick person sees a doctor to remedy an illness, noncompliant factories often need 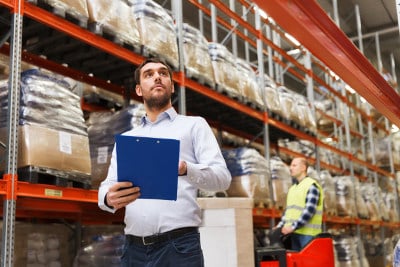 One of the best ways to prepare for a formal audit from Walmart is to conduct a so-called pre-audit. A pre-audit verifies a facility based on Walmart’s standards but without the pressure of it being officially rated.

Third-party auditing companies familiar with Walmart’s requirements can provide this service to give you an accurate picture of problem areas. The auditor typically points out specific violations and advises how an official Walmart auditor would’ve rated the facility. Some examples of common violations of Walmart’s standards include:

One of these problems, if serious enough, could mean another orange rating, or even a red rating on its own, if found during Walmart’s official audit. But by identifying violations during a pre-audit, the consultant can advise ways to help the supplier meet Walmart standards, in preparation for the official audit.

If a factory has violations that it’s incapable of fixing on its own, then further consulting may be required by the third-party auditor or a similar firm. Consulting programs aimed at preparing a factory for an upcoming audit focus on the key issues to remedy.

The standard course of action in these programs is to implement a Corrective Action Plan (CAP). Within a CAP report, every issue is clearly laid out, documented and dated. This plan aims to make factories aware of their violations and hold them accountable. Issues will sometimes be fully corrected, partially corrected or not corrected at all. In any case, the CAP records the status of violations over time so that an importer can see whether there is improvement.

Some corrective actions are more difficult to implement than others. For example, fire safety violations are among the most common type that leads to an orange rating for a factory. But fire safety violations can be particularly difficult and even expensive to correct. The factory is often required to make physical changes to facilities, such as installing sprinkler systems, modifying or adding doors or exits and potentially more.

These changes typically come with significant costs, which many factory owners may prefer to avoid. Fire safety issues, however, are something that Walmart takes very seriously, and will lead to an automatic orange if not fixed properly.

Consultants can help a factory resolve its violations to achieve a yellow rating or better on the next official audit. But importers often want to ensure their supplier maintains this standard so that orange ratings don’t become a problem again in the future. 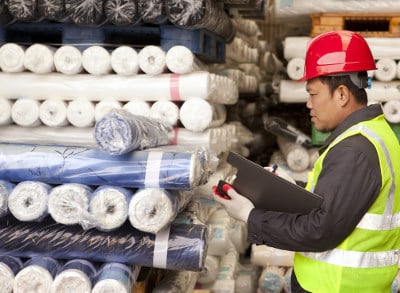 Green, yellow and orange ratings are only valid for two years, one year and six months, respectively. This means that a factory receiving a yellow rating is at risk of falling to an orange rating a year later if that factory becomes noncompliant.

A follow-up audit is usually the best way to ensure your supplier continues to meet Walmart ethical sourcing standards. Just as you may have conducted a pre-audit in the past to prepare for an official audit, a follow-up audit by the same party will help you confirm the factory’s current level of compliance.

"Compliance with #Walmart doesn't stop with one #audit - it's ongoing. #mfg" username="InTouchQuality""

Proper social compliance should be managed continuously by importers that distribute largely through Walmart and other major retailers. The exposure to risk increases with each additional supplier, since all are subject to Walmart’s official audit. And a red rating—or three consecutive orange ratings—from any one supplier can cause Walmart to terminate their relationship with the importer.

The best way to avoid problems is to be proactive. Conduct a pre-audit of suppliers to determine current compliance. Work with a consultant, if necessary, to remediate any factory issues that are in danger of receiving an orange or red rating. And stay on top of compliance with follow-up audits to confirm that factories continue to meet Walmart ethical sourcing standards.

What’s your take on Walmart’s ethical sourcing guidelines? Are they too strict? Too lenient? Have they been effective? Share your thoughts in the comments below!