What is a Social Compliance Audit?

What is a social compliance audit and what does it mean for manufacturers? This is a question that's risen to prominence in the past several years and resonated throughout global trading and manufacturing. When it comes to making sure that your suppliers are compliant with local laws and the requirements of retailers you supply, social compliance audits are just about the only tool at your disposal... .

An expert in quality control and social compliance, Steve has lived in China for the past 4 years and has been to over 100 different factories across China, Vietnam, the U.S. and England. He was good enough to grant me the opportunity to ask some important questions surrounding social compliance audits in a podcast interview. The following is a partial transcript of that interview:

What is a Social Compliance Audit?

Steve: Great question. For anyone familiar with sourcing from china, you know roughly what you want your supplier to make for you, what kind of capabilities they need to have and how quickly they can produce it for you. But the social compliance audit is peeling away those layers; it's going deeper into the supplier. It is looking at how the supplier works and how it treats its people. So this is working hours, record keeping,  and safety at the factories. Are the workers at risk of losing a hand or a finger? Or are there adequate protections in place so that, while they're working, they're not at risk of bodily harm. That's what you're looking for when you do a social compliance audit.

So with Social Compliance Audits the emphasis is more on the workers, rather than the products they're manufacturing?

Steve: Right. And the other element to that is the factory's compliance with local law.

What sort of issues will result in a failed audit for social compliance?

Steve: I'd say there are five key violations that will definitely fail the audit. The first is child labor. Various countries have different definitions of the minimum age for working, and some of them also have what you call - kind of like a youth program - so at a certain age you could be working and doing certain tasks, but you're not allowed to do all things. So there 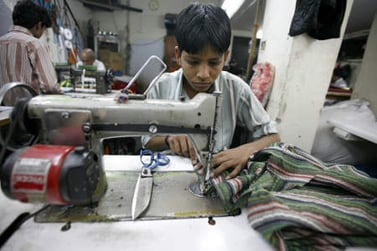 are a couple of definitions for child labor there.

The other is forced labor. So that can mean a couple things, but basically, you want to know that the employees are working there because they want to be there and not because they can't leave or because a piece of ID is behind held by factory management.

The third issue would be an extreme safety hazard. So - not to make a joke of this too much - but a fiery pit that someone could fall into. The factory should have a railing there to prevent you from falling in.

Evidence that workers are physically abused - that's not okay, and that might turn up during an interview where the employee says that his supervisor will hit him if he doesn't produce a certain number of pieces in a day.

And the final issue would be attempted bribery during the audit. So some suppliers will feel the need to offer the auditors money in order to pass the audit and, in most cases, that's probably going to make them fail.

Are there any violations that importers will generally accept?

Steve: Sure. I don't think any factory anywhere in the world is in full compliance with every law and every regulation 100 percent of the time. In Asia, in particular, you really have to watch out for inconsistent record keeping, a variety of safety issues and excessive working hours - that's a very common one here.

Why is excessive overtime such a common violation?

Steve: Mostly, the answer to that is cultural. The workers in these factories want the hours; they go to the factory because they want the overtime. Overtime is what makes a pretty significant contribution to their pay check. They don't place the same value on free time like we do in the West. You often see them looking to work more hours not less.

So they may have kids, they may have a family to support or maybe their kids may be working in factories to send money home to family?

Steve: Right. So one of the tricky issues with enforcement is really the major brands and retailers say, "okay this is the maximum number of hours we will accept." But that's based on their value judgement, and workers in Asia in these 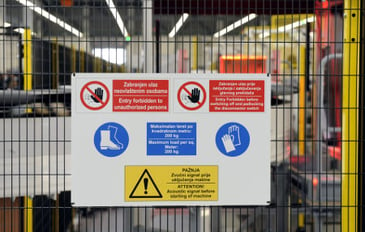 factories - some of them, I think, welcome those protections, but as a whole, most of those workers are really looking for as many hours as possible so they can make as much money as possible.

Are all Social Compliance Audits conducted in the same way?

Steve: At the end of the day, they all do come down to touring the factory, checking working records, payments of wages, safety violations and, broadly speaking, the basic standards in place are the same. They have the same quality issues and core values that are checked for. But no, every audit is not exactly the same. They can definitely vary by brand or retailer - and they can even vary by country. So for Walmart, in particular, if you're a supplier in Bangladesh you have a whole separate set of requirements for electrical safety, building safety and fire safety, as well, is included in that - that you do not have if you're a supplier in China, for example. So who you're trying to supply, and also where you're trying to supply them from, definitely factors into your requirements as a supplier for what you need to pass in terms of a social compliance audit.