Is Amazon Planning to Purge Your Small Business?

1. Is Amazon planning to purge your small business? 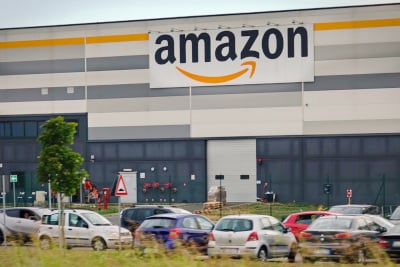 Amazon has long promoted itself as a champion of small businesses, helping them to “reach hundreds of millions of customers around the world”.

But insiders recently revealed to Bloomberg that the ecommerce giant is about to cease bulk wholesale orders from small vendors on its first-party marketplace, Vendor Central.

“Mom-and-pop” stores will soon have to learn a new way of doing business on the ecommerce platform. Rather than selling in bulk directly to Amazon through Vendor Central, they’ll need to focus on making individual sales on Seller Central.

We review our selling partner relationships on an individual basis as part of our normal course of business, and any speculation of a large scale reduction of vendors is incorrect.

Although Amazon says the report isn’t true, small vendors better prepare themselves just in case. While it might be a big adjustment, small vendors can also benefit from the change.

In early March, Amazon halted tens of thousands of weekly purchasing orders from small vendors without notice. Weeks later, Amazon quietly resumed the orders and said the purge was part of a campaign to weed out counterfeit products.

But shortly after, Amazon announced to some vendors they would no longer accept their orders. Amazon gave them 60 days to register on Brand Registry or create a Seller Central account.

And now, Amazon is planning a “large scale reduction” of vendors on its first-party marketplace, according to insiders. Vendors selling less than $10 million in products each year will no longer receive wholesale bulk orders from Amazon.

In most cases, for these smaller, sub-$10 million vendors, Seller Central is a better environment for them. They have more control over products and pricing. That’s a pretty significant silver lining to this.

The vendor purge is the latest step in Amazon’s “hands off the wheel” initiative to expand its product selection and automate its marketplace operations. This initiative aims to make Amazon a more direct competitor to retailers like Walmart and Best Buy.

By cutting out small vendors, Amazon can reallocate resources to larger brands like Nike and Sony with higher margins. Amazon can also reduce its unsold merchandise by making vendors sell directly to customers and handle inventory independently. Moreover, this new strategy can reduce labor as Amazon doesn’t need to hire vendor managers to oversee products and vendor relationships.

Small vendors would be wise to prepare ahead for a vendor purge. It can take up to 120 days to shift from an Amazon wholesale supplier to a marketplace seller.

If you are a small vendor on Amazon, the first step is to create your Seller Central account. Then you should apply for Brand Registry.

Afterwards, there are some more complex considerations for making a smoother transition, including:

Despite the unfamiliarity of a new platform, you might get more control over your operations on Seller Central:

Follow the link below to learn more about Amazon’s vendor purge.

2. Santa might be short of presents this Christmas due to tariffs 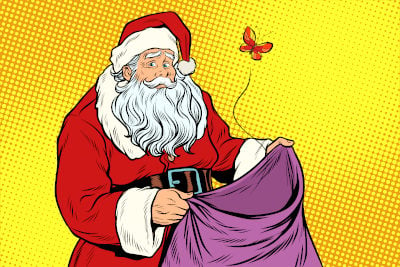 and suppliers are already preparing for the seasonal uptick in demand for their products.

For orders that have to be out by Christmas you have to plan for one month of shipping. Then retailers hold the stock for 30 days before they put it on the shelf. Production is up to 45 days. So that is more than three months.

Sometimes it takes even more time to design and manufacture a prototype first, extending production lead time to five or even six months.

Now should be the perfect time to place orders. But buyers and designers are hesitating due growing uncertainty surrounding the ongoing trade war.

With harsher tariff policies, there will be fewer orders and higher prices this Christmas season. This year, Santa Claus’ supply chain might feel the squeeze.

Importers hesitate to place orders ahead of the holidays

President Trump recently announced a tariff increase on $200 billion of Chinese goods from 10 percent to 25 percent.

The tariffs will hit consumer goods and common Christmas gifts like smartphones, toys, watches and musical instruments. Consumers will need to spend more than they would have in previous years.

Take bikes for example. A bicycle might originally cost $40 from a Chinese factory. The bike then retails at $80 overseas. But with a 25 percent tariff, the retailer must raise the selling price above $100 to maintain the same margin.

That’s why buyers and suppliers are worried about Christmas orders. Steve Pasierb, president of a U.S.-based trade body, the Toy Association, said:

To be clear, China is not paying a penny of tariffs; rather, US companies and families are, through decreased profits and higher consumer prices.

Some importers are going to “wait-and-see” and place orders after tariff policies are clearer. But there’s a risk that late orders could miss the peak Christmas season.

Other importers are shipping earlier to avoid the incoming higher tariffs. Tim Scott-Stuart, the owner of Unit Bricks, decided to ship his Christmas orders earlier than normal this year. He said there’s also backlogs at U.S. ports right now:

Right now it looks like just the sheer volume is creating the back up, and this would be due to front loading to avoid potential tariffs.

Some importers are also trying to save their business by lobbying the government to remove their products from the tariff list. Shoe giants like Nike, Adidas and Foot Locker recently wrote President Trump a letter requesting footwear to be removed from the list, saying the tariffs would be “catastrophic”.

“The margin is as thin as a piece of paper”

Chinese manufacturers are feeling the burden of tariffs too. China is quickly losing its position as the “go-to” manufacturing country in U.S. supply chains.

Nobody on the supply chain can absorb additional tariffs. I don't know about other industries. For bicycles, we cannot share [tariffs with importers]. The margin is as thin as a piece of paper.

Even if manufacturers manage to get orders now, importers might later cancel orders if tariffs increase further.

Aside from tariffs, labor and land rental costs in China are also climbing. As a precaution, many Chinese manufacturers are planning to shift their production to “cheaper” manufacturing countries. Ge also bought land in Cambodia last year as a “contingency plan”:

If you asked me four weeks ago, I was sure that they would not go to 25 per cent. So who knows? Really, moving to Cambodia is a big investment for us.

Follow the link below to learn more about how tariffs are affecting Christmas orders.

Garment exports make up 44.9 percent of Bangladesh’s total exports. But the working conditions for Bangladesh’s garment workers still lag behind the economic data.

After the catastrophic Rana Plaza collapse in 2013, more than 190 Western brands signed The Accord on Fire and Building Safety in Bangladesh (the Accord) to improve working conditions there.

The Accord’s five-year term came to an end in November 2018. After months of delay, Bangladesh’s Supreme Court announced last month that the Accord can keep operating for 281 more working days, or about 13 to 14 months.

The Bangladeshi government wants the Remediation Coordination Cell (RCC) to replace the Accord after that. But garment unions in Bangladesh say the new entity is not mature enough to take on the job, and its shortfalls could risk workers’ lives.

Bangladeshi government wants to replace the Accord

The Accord has been working over the past five years to inspect factories, fine factories for hazards and urge factory owners to improve conditions. It has also ensured public disclosure of safety reports and corrective action plans and provided safety training for workers.

The group has inspected more than 1,600 factories with more than 2 million workers, according to its website. And 85 percent of the safety hazards identified during initial inspections across all Accord factories have since been addressed.

But the Bangladeshi government’s own monitoring body, the Remediation Coordination Cell (RCC), is eager to take over the Accord’s duties.

The transition hasn’t been easy. It’s been ongoing for two years due to pushback from Western brands and court delays:

During the grace period granted by the Supreme Court to the Accord, the government will continue to establish the RCC and prepare for it to take over the Accord.

The RCC is a national regulatory body of the Bangladeshi government. Notably, it does not have any representatives from any garment worker unions.

Although officials with the Bangladeshi government insist the RCC is ready to oversee the garment industry, multiple parties have expressed concerns. Rob Wayss, Executive Director of the Accord, said:

[The RCC] is in its infancy, they have just hired their staff, they really don’t have their systems in place, their engineers need a lot of additional training just like ours did.

Recent research conducted by NGO signatories of the Accord revealed that:

If the Accord signatories are right, there’s still a lot of work to be done before the RCC can take over.

Follow the link below to learn more about the garment unions’ concerns about the new oversight entity.