Is Shipping from China About to Get a Lot More Expensive?

1. Is shipping from China about to get a lot more expensive?

Under the treaty, the U.S. subsidizes international shipping for small parcels sent from China to the U.S. This has made it cheap for Chinese manufacturers to ship direct to U.S. consumers.

But American manufacturers don’t receive the same benefits. And many believe this discrepancy gives Chinese sellers an unfair advantage over their American counterparts.

While U.S. merchants and shippers stand to benefit greatly from a leveled playing field, exiting the agreement could provoke retaliation from China.

And some are wondering if the announcement is just another attempt by President Trump to punish China for unfair trading practices.

The White House released a statement on October 17 outlining plans to set its own rates for incoming parcels and exit the Universal Postal Union (UPU).

Because of the UPU treaty, Chinese companies can avoid shipping markups and flood the U.S. market with low priced goods.

Chinese companies now make up about 60 percent of packages shipped into the U.S. And many websites offer free shipping from China due to the low rates.

But increasing rates would force some to reexamine supply chains. According to Forbes, if shipping rates from China increase, Chinese manufacturers will likely do one of two things:

Withdrawing from the UPU is a year-long process. During that time, the U.S. Department of State and UPU can attempt to re-negotiate treaty terms.

If negotiations are favorable, the U.S. can choose to withdraw its notice and stay in the treaty. But after a year, the withdrawal becomes permanent.

Many experts see this move from the U.S. as an attempt to pressure China and negotiate better terms, rather than an actual attempt to leave the treaty.

Leaving the UPU could make international shipping nearly impossible from the U.S.

Any U.S. company, including private mail carriers, would lose access to codes required to send and receive international mail.

But issues of a departure go beyond logistics.

Pascal Clivaz, deputy director-general of the Universal Postal Union, said failing to reach an agreement could have detrimental effects on U.S. consumers.

Speaking to the Associated Press, Cilvas emphasized consequences of leaving the UPU:

It will cost them enormously. They will be all alone against all the countries of the world.

Renegotiating the treaty would require a majority vote from UPU council members. But the threat of an imminent departure is too great to ignore.

Follow the link below to read more about President Trump’s battle with the UPU.

Walmart is making serious changes to its shipping policy in a bid to win over holiday shoppers.

Walmart hopes to ease the return process and make shopping as seamless as possible for seasonal shoppers, ultimately positioning itself as the preferred retailer for holiday shopping.

The holiday season always brings the opportunity for increased sales. Understanding Walmart’s tactics can help you position your brand for stronger competition this upcoming season.

According to a report by Core Sight, customers returned $90 billion worth of goods last holiday season.

Returning gifts is a headache many shoppers anticipate ahead of the holiday season. So preventing this headache could draw in customers.

A great product return experience is a top contributor to overall customer satisfaction and repeat purchases.

In order to achieve this, the company will allow in-store returns for third-party Marketplace orders. Starting mid-November, customers can:

Walmart is making a major change to its return policy to ease a serious headache of holiday shopping. But at the heart of this change is a move towards a customer-centric shopping experience.

Easing barriers for your customers can help set your product apart from the crowd.

Retailers are fighting for convenience

Easing returns isn’t the only change afoot at Walmart.

The retailer is also expanding its two-day shipping policy in a move the company expects will add millions of items to its existing policy.

According to Dropoff, consumers who shop at the last minute are 78 percent more likely to purchase gifts from companies that offer same-day delivery compared to those who don't.

According to Rod Sides, head of Deloitte’s retail practice, retailers must work to draw in customers. Sides told CNBC:

Retailers realize they are fighting for convenience. At the end of the day, they have to bring everything to you.

Follow the link below for more information on Walmart’s changes ahead of the holiday season.

Walmart to expand shipping perks for shoppers ahead of the holidays - Lauren Thomas and Laura Galligan, CNBC

Toys “R” Us accounted for 15 to 20 percent of U.S. toy sales last year. But this holiday season will be the first without a Toys “R” Us in almost 70 years. 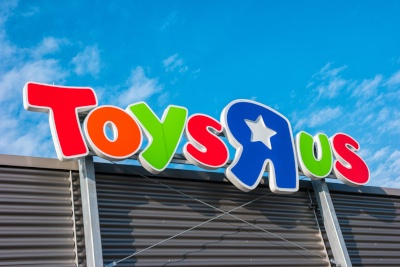 Toy manufacturers that once relied on the retail store for holiday sales are facing major supply chain changes after the company’s liquidation last year.

Sales at Hasbro Inc., toymaker and longtime Toys “R” Us partner, dropped 7 percent in the U.S and Canada and 24 percent in international markets in the last quarter.

The company credits this fall to the loss of Toys “R” Us and inability to meet shipping demands for new retailers.

Hasbro is working through the challenges of new retailers and liquidation. But the Toys “R” Us closure will likely have a major impact on the entire toy industry this holiday season.

Toys “R” Us would buy large quantities of toys at a time to fill its warehouses. But with the superstore’s closure, Hasbro can’t rely on large orders in advance any longer.

Instead, the company is reliant on sellers with vastly different order patterns.

Merchants with varied merchandise typically want to leave shelf space open for other inventory throughout the year. Instead of filling backrooms with toys, they place orders close to the holidays.

And most online retailers, like Amazon, demand small shipments.

As a result, each delivery truck has less quantity but more cartons overall. The orders are smaller but require extra transportation effort to fill.

Companies rush to fill the void left by Toys “R” Us

Companies and retailers are employing several different techniques to fill the gap left by Toys “R” Us.

Hasbro wants to build a Midwest warehouse by the middle of 2019 to help meet demands and shorten delivery times.

And Mattel Inc., another major toymaker, is using data to identify what products to send to retailers near former Toys “R” Us locations.

Walmart, Target and Costco are among brick-and-mortar stores increasing shelf space for toys. Online retailers will also be vying for space in the disrupted market.

According to Toy Historian and Industry Analyst Chris Byrne, this year’s holiday market will differ from past years:

There's a little bit more uncertainty about where things will be and where they will be in stock and will there be enough inventory.

Byrne suggests manufacturers use more aggressive marketing techniques than usual to make sure their toys are seen.

As retailers rush to fill the void, the toy market will undoubtedly continue to change well past the holiday season.

At the beginning of October, India’s IT Ministry announced plans to create a $400 billion electronics manufacturing industry by 2025. Three-fourths of this growth would come from mobile devices.

If the proposal is enacted, it would bring major changes to the existing policy and India’s electronics industry.

The policy would push development of core competencies in all electronic sub-sectors. This includes defense, automotive, industrial and strategic electronics.

But it places extra emphasis on mobile phone manufacturing, with plans to double production.

According to the draft, India would need to increase production to one billion mobile phones by 2025 to meet this goal.

The policy also places a high value on research and development. And it aims to support a growing startup ecosystem in emerging technology.

Specified areas of development include 5G, IoT, AI and machine learning. Development in these sectors could impact application in the defense, agriculture and health industries, as well as promote smart cities and automation.

To achieve these goals, the ministry plans to overhaul current incentives afforded to domestic manufacturers.

Instead, the government wants to create schemes that are easier to implement. The draft names interest subsidies and a credit default guarantee as two potential replacements.

Specific benefits aimed at R&D include:

Successfully implementing the new policy could create a nurturing ecosystem for electronic manufacturers. But only time will tell the success of the new policy.

Will India become the next electronics manufacturing hub?

5. Will nearshoring become the new norm for fast fashion? 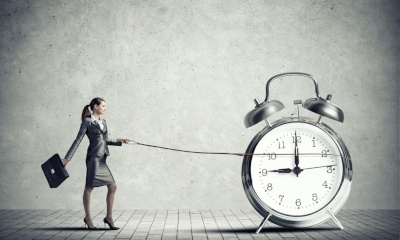 Nearshoring—the practice of transferring a business operation to a nearby country—presents numerous benefits for manufacturers.

Among these benefits are low labor costs and shortened lead times. And with rising Chinese labor costs, it can actually be cheaper to manufacture close to home.

But nearshore production isn’t without its setbacks. Making the move can have a serious impact on your supply chain.

Manufacturers have long relied on cheap Chinese labor for their production needs. According to a report by McKinsey, labor costs in China were one-tenth the cost in the U.S. in 2005.

But over the past few years Chinese wages have risen drastically. And today, labor costs in China are about one-third those of U.S. costs.

When you add in the costs of freight and duties, it can easily cost a U.S. seller less to manufacture in Mexico than in China. And Turkey is often a cheaper option for European sellers.

Demand for fast fashion is also on the rise. But delivering products quickly enough to meet demand can be extremely difficult, especially when production is half-way across the globe.

Nearshoring can drastically reduce these lead times. And shorter lead times can:

Reducing lead times and cutting production costs is enticing for any manufacturer. Combined with trade war tensions, nearshoring production is a viable consideration.

But those considering nearshore production should also look beyond its immediate benefits.

Few countries can match China’s infrastructure and capacity in the short term. Nearshoring destinations like Mexico and Turkey will need to rapidly build new factories and improve infrastructure to meet demand.

Companies moving production must also consider sub-suppliers in their supply chain. Most textile production, the key input in garments, still happens in Asia.

If a company moves production to Mexico, they’ll likely have to import textiles. And importing textiles means you’ll still end up paying for the shipping and duties you’re hoping to eliminate by nearshoring.

A flexible supply chain can benefit brands. But brands considering nearshoring production should think beyond the immediate benefits and consider their entire supply chain.

Follow the link below for more information on fast fashion and nearshoring.

In an age of super-fast fashion, Mexico and Turkey may be the new China – Marc Bain, Quartz