Is Sourcing in China Still Competitive?

“Are prices in China really so low?” This is not an easy question to answer. Prices for goods imported from China used to be very competitive but are beginning to look less attractive. Sourcing in China has become more difficult as negotiating with a Chinese supplier for a much lower price is not as easy as it was ten years ago.

In case you didn't experience it first-hand, let’s look at some facts dating back to China in the 1990s. In big cities like Guangzhou, the average labor cost for blue-collar workers was no more than $100 USD per month. Today, wages for equivalent labor have grown to over $600 USD per month in the same cities in eastern China. As a consequence of this rising labor cost, pricing for Chinese-made goods is losing its competitive edge when compared to its Asian neighbors. The per-worker cost of wages Indonesia, for example, averages $160 USD per month, while Vietnam’s wages average $240 USD.

Despite rising costs, China has kept a steady increase in both exports and imports from 2009 to 2013, as the graph below shows. In 2013 for example, China’s exports increased by a strong 7.9% over the previous year. This indicates that many global companies are still moving or maintaining their production in China - a sign that others, too, may find success sourcing in China.

The graph reflects the complexity of China’s economy, and requires a deeper explanation. Exports mainly consisted of labor-intensive products 10 to 20 years ago as these industries took advantage of the extremely low cost of labor at that time. Now these lower-cost days of old are gone, but China’s economy is still supported by a sophisticated industrial chain, stable political situation, and local government policies. The country will likely remain one of the most prosperous places for long-term investors to see high returns, as well as one of the most attractive markets for manufacturing goods.

According to a report by Boston Consulting Group, an investigation of 500 overseas procurement offices in China found that the cost savings from sourcing locally ranged from 10 to 60 percent. Average savings of 20 to 30 percent from China are quite normal and reasonable for most foreign companies. So the question becomes…

How Can You Achieve High Savings in China?

1. Find an excellent supplier for a long-term partnership.

There are no fundamental differences between finding an excellent Chinese supplier with competitive prices, and finding the same in other countries. But China is undergoing a profound transformation. So careful attention should be paid to the following points when considering sourcing in China:

It can be difficult to find a trustworthy database of suppliers in China as compared to the West. There are no clear public standards for a “good” supplier in the different market segments. There are some so-called “reports” and “databases” listing reputable suppliers, though you will typically find 30 percent have incorrect information, while another 10 to 20 percent are outdated.

Despite a perception that China manufactures poor-quality products, many companies do want to manufacture there. However, it can seem very difficult to find reputable suppliers AND

very low prices in China. Developing new Chinese suppliers can be time consuming and challenging without help from a knowledgeable third-party. This prevailing attitude about the quality of Chinese-made goods and the investment needed to really save on costs while still achieving quality has been a barrier for many manufacturers.

To potentially reduce the time required and increase the chances of success, consider concentrating on finding suppliers for the most critical parts first. According to the 80/20 principle, these parts may only make up a small portion of a complex product, but are more important and expensive. In some industries, components are classified as A, B or C class. Class “A” normally refer to those parts that are most critical and strategic to the final product, which ‘B’ are comparatively less so. A and B-class parts usually represent about 20 percent of the total purchase volume and about 80 percent of total spending. C-class parts, the least critical, may make up 80 percent of total components but only 20 percent of the total cost. Thus, the C-class parts may be better sourced locally by a trading house or reputable distributor. This is not a must-do step, but it will likely be a more efficient way to secure both higher quality and lower cost in a normal context of your business in China.

Help Suppliers Rise to the Occasion

A firsthand experience helps to illustrate this point succinctly: A German automotive company came to China relatively late, but immediately set up its first procurement office. They approached sourcing with a strategy different from their competitors - choosing to develop Chinese suppliers on their own. They didn’t require the new Chinese suppliers to conform to European standards for the auto industry. Since the Chinese suppliers had no experience with established European manufacturing standards, e.g. PPAP and APQP, rather than requiring conformance, the German company formed a team of quality engineers to help their Chinese suppliers improve to a higher standard of quality. These suppliers went on to become the most loyal supply partners worldwide.

Developing suppliers means having a long-term view. Be patient and realize that you’ll need to accept certain risks. If you can help a supplier meet your standards, you can achieve an excellent long-term partnership.

2. Don’t judge a supplier only by what you can see on the surface.

There is a Chinese saying, “百闻不如一见”, which means “seeing is believing”. Always try to pay a visit to your new Chinese supplier or conduct a formal audit of their facility before placing an initial order. In addition, try to avoid drawing quick conclusions after your first casual look at a factory. 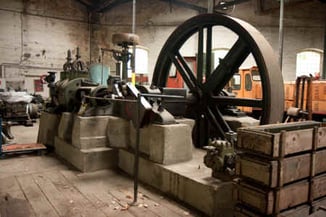 We’ll draw on another firsthand experience: I once helped a German colleague visit two potential Chinese suppliers, with the goal of choosing one. One was located in a prosperous downtown area while the other was in a very remote area that was actually part of a former military base from the 1960s. The first supplier was in a beautifully-equipped plant with all new machines, and 50 percent of the staff were young and highly educated. The other factory was old, with machines in disrepair but with over 50 years of history. Most workers had been there for upwards of 30 years.

Which supplier would you guess we selected? We chose the older one because we found the new factory had been bought by an ambitious boss with hefty bank loans. From a face-to-face conversation with him, we learned that his real interest was to sell the plant at a good price on the Chinese stock market. At the older plant we liked that the workers all had about 30 years of manufacturing experience. Although their oral English was not so good, they always had great ideas to improve on initial designs. Of course, we found some challenges, but those were relatively minor. Of great intangible value was that they had worked together for many years, and had grown to really love the factory!

Finding a good supplier in China and cultivating a relationship is not easy. Don’t rely solely on first impressions or what you’ve been told. The best way to separate a good supplier from a bad one is to audit them, ask questions and think critically and creatively when visiting a factory.

Procurement is a tricky point. Domestic managers are often required to personally go to China - they often set up a China sourcing office, cut the ribbon and then leave business to proceed automatically.

You can always save some money by purchasing in China, but unless you can increase the purchase volume by a substantial amount quickly, it will be very difficult to show your 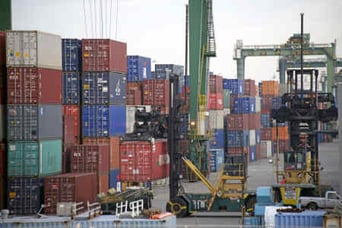 influence. A single purchase order is typically rather small and insignificant when compared to the number of other orders or customers for which a supplier produces. You could need five years or even longer to see real savings and value from your China sourcing efforts. But this commitment is precisely what many of the larger companies cannot accept. The shortsighted strategy at the top has led to headaches for many China sourcing managers left to handle day-to-day execution.

To achieve uniform company support, from top-management to those carrying out vital daily activities, all sides need to see firsthand the benefits of Chinese manufacturing - this means actually visiting suppliers onsite in China. You may find that those who change their view after initial disbelief suddenly offer supportive influence.

Many foreign companies want to purchase from China. The extent they’re willing to accept the risks in transferring procurement in high volume will, ultimately, shape the success that they can achieve.

Although costs in China are on the rise, so is annual trade. Foreign buyers and manufacturers seeking to cut costs will continue sourcing in China, often realizing savings of 20 to 30 percent.

So how can you make the most of China’s continued advantages? Remember the following:

Low cost is still the reality for a great number of buyers in China, but always stay vigilant and keep a long-term view. Follow these tips and you’ll find yourself reaping the rewards of sourcing in China!