Lumber Liquidators and Their QC Disaster

A video segment of “60 Minutes”, which aired on March 1st, revealed a startling discovery about Lumber Liquidators, the largest distributor of wood flooring in North America. Chinese-made laminate flooring sold by the U.S. company was found to contain high levels of the chemical formaldehyde, a known carcinogen. Lumber Liquidators has come under fire from advocacy groups and consumers alike, who say the company put profits ahead of product safety.

What are the Risks to Consumers?

Formaldehyde exposure in high levels is linked to nasopharyngeal cancer and leukemia. That’s why the California air Resources Board (CARB) set strict statewide emissions standards to limit the use of harmful chemicals in flooring. Investigators from 60 Minutes sent samples of flooring to certified labs for formaldehyde emissions testing. Of the 31 sample bought from retailers in several different states in the U.S., only one was found to meet CARB standards. Some samples were found to contain formaldehyde in levels 13 times greater than the regulated limit.

What was Lumber Liquidators’ Motive?

Whether the purchasing of the inferior product was intentional or simply a lack of oversight on the part of Lumber Liquidators is unclear. Cost may have been a factor for accepting an inferior quality product. Many suppliers, in China and elsewhere, are more than willing to “cut corners” or substitute inferior materials in order to lower costs. Formaldehyde is an ingredient found in the glues used to bond fibers together for the cheaper, non-compliant flooring distributed by Lumber Liquidators. According to some, Lumber Liquidators stood to save as much as 10 percent of costs by buying the cheaper, non-compliant flooring. But assuming that Lumber Liquidators was, in fact, trying to do right by their customers, what could they have done differently?

The Lesson for Lumber Liquidators – Lab Testing to Monitor Quality

Lumber Liquidators should have done exactly what investigators at 60 Minutes did – test product samples. It really is that simple. Just as the burden of proof in a court case rests on prosecutors, the 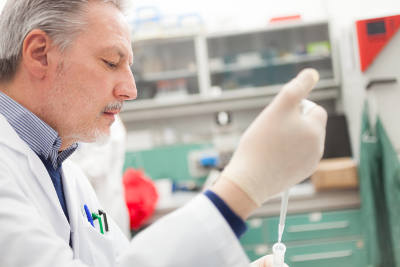 burden of liability for quality issues rests on the distributor. Lumber Liquidators should have been carrying out routine and randomized testing in a certified lab. If the company wasn’t capable of testing product samples in-house, they should have been sending samples to an accredited lab partner for testing on their behalf. Not only can a professional lab test a product for safety but for performance metrics, functionality and material composition as well. If management from Lumber Liquidators had conducted lab testing for toxicity, they would have known about the formaldehyde content of their flooring. Perhaps then they would have insisted on paying a bit more for a quality product.

Lumber Liquidators’ recent brush with a major quality control disaster could end up costing the company millions of dollars in a class-action lawsuit. The unsafe levels of formaldehyde found in their flooring produced in China poses a serious risk to the company’s reputation and the safety of their customers.

The main takeaway from this story is to learn from the company’s example. Chinese suppliers can and do make quality products. But as the saying goes, “you get what you pay for”. Safety should NEVER take a backseat to price, especially where consumer products are concerned. So make sure to have your products tested routinely to make sure they meet your standards for safety and quality.