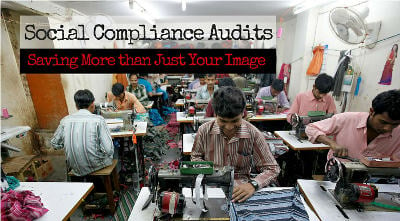 What relevance does corporate social responsibility (CSR) play in the world of manufacturing? And how important is CSR to the consumers that buy your products?

Corporate social responsibility (CSR) has become a hot topic in recent years with the general public. Consumers, in particular, are starting to care more about compliance with regard to retailers from which they buy their products. Globally recognized brands like Apple and Walmart have made headlines in the past due to the discovery of poor working conditions inside their factories. These incidents have forced some to spend countless amounts of money on damage control in an attempt to recuperate their image and recover customer base. Others have taken a proactive approach to CSR by carrying out social compliance audits at the factories that supply them.

In an earlier article we touched on the relevance of CSR for importers (see Social Compliance Audits – Why Importers Need Them). Now we give you an inside look into changing consumer attitudes and the effect they have on the importance of social compliance audits.

Nowadays, social media can destroy a company’s image in no-time, creating a need for retailers to take preventative measures to avoid being blindsided by any social compliance violations. As a result, retailers have begun to focus more than ever on CSR, regardless of whether they are an internationally recognized brand like Target or a small firm in your native city supporting the local economy. Among the great variety of tools that work to guarantee a company is socially responsible, social compliance audits are one of the most effective (see What is a Social Compliance Audit?). These audits make sure the factories in the global supply chain are being held responsible for their workers, environment and the local community that may be affected by manufacturing. Therefore, it is critical for importers to know why their consumers care so much about social compliance and why it has become such an important social movement in consumerism.

Consumers have become increasingly concerned about the issue of social responsibility, specifically wanting to know that behind the products and services they pay for stands a company that cares about the welfare of the people and not just profits. Issues such as human rights violations, child labor rights and other labor violations have come to the forefront of consumer and media attention. In general, people want to see more caring and shared value from the companies they buy from, as trust in a company is part of what makes the consumer feel comfortable making a purchase.

Social Responsibility and the Millennial Generation

In a recent survey by Nielson titled Consumers Who Care, more than half of the respondents said that they were willing to pay more for the products and services

of companies that give back to society, up 10 percent from 2011. This is especially true for millennials, being the consumer group that tends to drive the trend of social responsibility forward. Millennials are generally referred to as those aged 18 to 33 years. Establishing lasting business impressions and relationships with this demographic is extremely important for future business and public image. Being “digital natives”, millennials post and share a large amount of information on social networks and also develop perceptions of companies and how socially responsible they are based on social media presence. Their product and company preferences are greatly affected by social responsibility performance.

https://youtu.be/KfANs2y_frk
These preferences for social responsibility over low prices were illustrated in a video that went viral earlier this year. Called, The 2 Euro T-Shirt - A Social Experiment, the video showed people buying t-shirts from a vending machine. After customers paid for the shirt – just 2 Euros – a video played showing the harsh conditions to which factory workers making the shirt were subjected. Finally, customers were prompted to choose between donating their 2 Euros to helping improve working conditions of the factory workers or buying the t-shirt. Most customers chose to donate the money.

Consumers have a huge impact on companies and the way they do business, making sure corporate values are more in alignment with their own personal values.

Why Manufacturers and Retailers Are Turning to Social Compliance Audits

An unfortunate example of this phenomenon occurred in 2012, when several worker suicides occurred in mainland Chinese factories where Apple products were being assembled. There were also protests in Hong Kong to appeal for better working conditions and more worker rights in those Apple factories. The company has been improving its social compliance initiatives in recent years, such as creating its supplier code of conduct, and claims to have performed 633 social 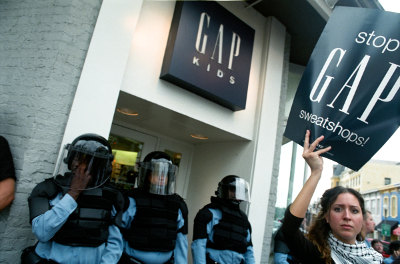 compliance audits in factories that manufacture Apple products in 2014. Actions taken by Apple and other major retailers to prevent incidents related to poor working conditions or other labor practices have helped them establish a better public image in consumer’s minds.

In today’s world, negligence is no longer an excuse when it comes to matters of social responsibility and basic human rights. Companies have to be on top of every facet of production throughout their supply chain. Social compliance audits are just as important for a company’s reputation as they are for all the lower level workers they are defending. Protecting innocent workers from tragedies like the one at Rana Plaza and Foxconn should be a priority that will pay off tenfold in the long run.