Whatever your perception of corruption in manufacturing, you probably haven’t considered some of the many other issues that might challenge QC auditor integrity. These days, corruption often takes more subtle forms. Whether you’re working with a third-party inspector or hiring your own auditors, ask them to explain how they deal with and avoid potential integrity problems. Do they have a strict policy against accepting gifts, payment or other compensation from factory staff? Do they rotate auditors to avoid any one auditor becoming too close with a factory?

What’s the first thing that comes to mind when you read the words “corruption in manufacturing”? Is it bribery? Do you imagine cash quietly passing from the hands of a factory manager to a quality control auditor? Or maybe you picture an exchange of gifts?

Whatever your perception of corruption in manufacturing, you probably haven’t considered some of the many other issues that might challenge QC auditor integrity. These days, corruption often takes more subtle forms. Besides bribery, factory-provided transportation, confidentiality and other issues can also affect the accuracy of information you receive about the quality and state of your product at the factory.

Let’s look more closely at each possibility and what you can do as an importer to make sure that they don’t affect your auditor’s integrity.

Since bribery is often the first issue importers think of when corruption in manufacturing is mentioned, let’s begin here. Offering cash or a check to an auditor is the most traditional form of bribery and is also the most common. However, bribery itself is much less common today in China, for example, than it was 10 or 20 years ago. It’s also less of a concern there than in less developed countries in Asia, such as Thailand or Vietnam. 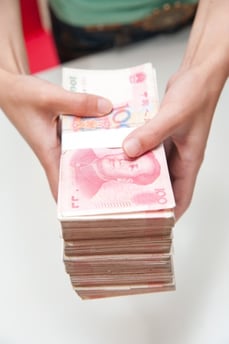 Where bribery does occur it’s usually via the exchange of red envelopes containing cash. These red envelopes, or hong bao (红包) in Chinese, are traditionally given during special celebrations, such as weddings, birthdays and Chinese New Year. A similar red envelope custom exists in Cambodia, Myanmar and Thailand as well.

If you see factory staff or management hand an inconspicuous red envelope to your auditor, you have reason to believe they’ve made an attempt to bribe him. Of course, if bribery does occur, you’re not likely to witness it firsthand. That’s why it’s important that procedures are in place to handle any attempts at bribery on the part of a supplier.

Ask your auditor or third-party inspection company what policies they have for dealing with corruption. Any professional auditor should, at the very least, report any attempt of bribery to their manager or to the importer directly. It’s also wise to rotate auditors regularly so that no one auditor becomes too close with staff at a particular factory.

"#Hongbao are a common way to offer bribe money."

Aside from outright bribery, there are other more subtle ways a factory can provide incentives that affect QC auditor integrity. One such way is by providing transportation.

There are a number of ways an auditor can get to a factory, whether by taxi, metro, personal vehicle, bus or some combination thereof. One mode of transportation that is NOT generally acceptable is via someone at the factory personally picking them up. There are some special circumstances that permit factory-provided transportation, such as:

Aside from these situations, it’s typically not appropriate to have the factory transport the auditor from a local bus station, train station or airport to the factory or inspection site.

Where factory-provided transportation can go wrong

Providing transportation for an auditor may seem like an innocent gesture on the surface. But it can still affect the judgment of the auditor, and therefore, affect the result of your inspection or audit. Something as simple as a casual conversation and a cigarette offered along the trip to a factory may just be the start. Small gestures like these can bring an auditor closer within a factory’s sphere of influence.

Aside from integrity issues, an auditor’s reliance on factory-provided transportation can lead to an unexpected delay or cancellation of a service. If factory staff are unable to pick-up the auditor—for any reason—the auditor may be unable to carry out the inspection or audit. Understandably, this can leave the auditor looking unprofessional or unreliable.

Unless there are extenuating circumstances like those mentioned above, make sure your auditor is arranging his own transportation to and from the factory. An auditor that independently arrives at the inspection site is more in control and less likely to be influenced in their reporting.

Business people are often friendly to foreigners, especially in China. You might find that visiting a supplier in Asia leads to prodding from a factory manager to join them for lunch, dinner or other 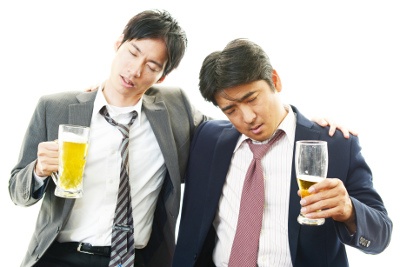 carousing. Indulging in these kinds of activities isn’t a bad idea—in fact, it may help to strengthen your relationship with a supplier. But it can be a real problem when it’s your auditor engaging in these activities with factory staff.

The problem with your auditor joining staff for activities outside the factory is the same as accepting factory-provided transportation. Social events with staff from the factory provide opportunities for the auditor to be influenced. The auditor might begin to sympathize with the factory and lose the impartiality that’s essential to doing their job.

An independent auditor should never participate with factory staff in events or dealings outside the factory, especially if alcohol is involved or factory staff are paying the bill. Such gratuities could affect the reporting of inspections and jeopardize the quality of your products.

Make sure that your auditor or third-party inspection company has a strict policy prohibiting outside festivities with factory management and staff and that any such activities are reported to you immediately. A little vigilance can go a long way in keeping your auditor and your supplier honest.

Let’s assume that you manufacture headphones at a factory in Guangzhou, China. Halfway through completing the first order, you ask a third-party to carry out dupro inspection, which reveals a major product flaw. Once the issue is addressed, you ask the factory to start production 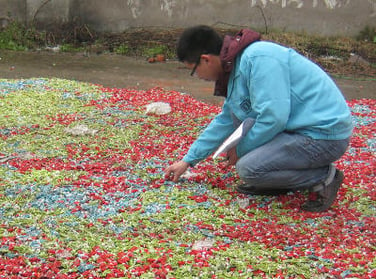 again and destroy the defective product (related: Product Destruction: The Importer's Guide). Three months later, you visit China and see that same product being sold in shops across Guangzhou!

This can be a major problem, since your product with your brand could be sold to just about anyone without your knowledge. And it’s a problem that stems from a breach of confidentiality.

All product information you provide your auditor or supplier should be confidential. If factory staff require any type of information or clarification about your product, shipping destination or other details, they should ask you directly, rather than your auditor. If you notice the factory starting to know more than it should, it’s a clear sign that your inspector is becoming too familiar with the factory.

"A breach of #confidentiality might mean your products get hijacked."

Aside from a factory selling your own product without your knowledge, another concern is factories copying your product. Counterfeiting is an established risk of manufacturing in China and other countries where intellectual property laws are less strict. China is known for its abundance of copy products, or shan zhai (山寨). In rare cases, an auditor may collaborate with other factories using your proprietary knowledge.

In either situation, the value of a trusted third-party cannot be overstated because an auditor is not only protecting one shipment of your goods, but the ability to reproduce them as well. Some importers choose to protect themselves by asking their supplier to sign a non-disclosure agreement (NDA), prohibiting staff from sharing sensitive information with outside parties. You may want to have your third-party inspection company sign a similar document to prevent any sharing of product information.

This last point should go without saying—auditors should never engage in any personal business transactions with a supplier they’re auditing. By their very definition, conflicts of interest can affect QC auditor integrity. 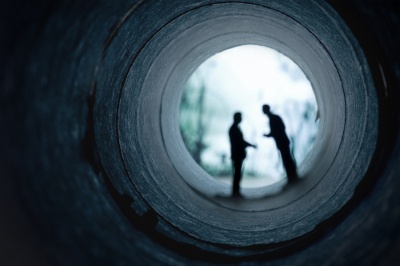 Auditors should generally be visiting a factory for one of two reasons:

That’s it. Typically anything else is outside their scope of work. If your inspector begins to do other business with your supplier, you can expect to find more passing inspection reports that don’t reflect the actual quality of the products.

Once again, the stronger the relationship is between your auditor and your factory the more likely the auditor will be encouraged to issue a more positive inspection or audit result.

Sourcing agents don’t generally receive commissions or payments from suppliers themselves—that would be an obvious conflict of interest. But a less obvious case can occur when the same third-party that carries out inspections or audits is also helping importers find suppliers to source their products.

If you’re like many importers, you may wonder if your third-party inspector can help you quickly source a product by pointing out a “good” factory they’ve inspected at in the past. After all, any professional third-party inspection company has probably visited hundreds, if not thousands, of factories to inspect a wide array of products.

For this reason, it’s important that auditors don’t source products. If a third-party inspection firm also offers sourcing services—as some do—it’s important that sourcing staff work independently of auditors. If this is the case with your third-party inspector, find out what measures the company takes to prevent information about your company, products or suppliers from reaching the wrong people.

Auditors are your eyes and ears in the factory when you are hundreds or thousands of miles away. As such, you’re relying on them to report what’s really going on in the factory with your goods. A lot can happen behind closed doors, and a professional inspection company needs to take precautions to avoid QC auditor integrity issues.

Whether you’re working with a third-party inspector or hiring your own auditors, ask them to explain how they deal with and avoid potential integrity problems. Do they have a strict policy against accepting gifts, payment or other compensation from factory staff? Do they rotate auditors to avoid any one auditor becoming too close with a factory?

Knowing your inspectors well could make all the difference between you opening up a crate of shoddy goods or one full of goods worthy of your brand name.

And if you'd rather listen to the interview that covers this topic, be sure and check out this manufacturing podcast episode!

Do you have any other tips for avoiding integrity issues during the inspection or audit process? Share them in the comments below!