What Can Importers Learn from Nestlé’s Supply Chain Mistakes?

Supply chain negligence can cost you dearly. Importers can learn a lot from the failures of major brands – how to avoid issues with food safety and forced labor and how to correct them. An internal investigation by Nestlé S.A. found slavery in their own supply chain in Thailand, made headlines last week. How does Nestlé’s story stand out as an example for importers of supply chain mistakes? And what lessons can you learn from its telling?

Lang Long decided to leave his family's rice patch in Cambodia after watching his family go hungry. He took an offer to go across the border to Thailand to work in construction, hoping it was an opportunity to start over. But that hope unexpectedly gave way to an ever-growing sense of fear– fear of being held captive at sea.

Mr. Long was kept in a room for days by armed men near a fishing port in Southeast Thailand. He and a few other migrants were herded like animals onto a rickety wooden ship, thus beginning his brutal tenure at sea. He was resold twice and, after attempting to escape, shackled by the neck whenever any other boats came into view. Eventually, Mr. Long was rescued from the cruelty faced at sea by an aid organization.

Stories like these of forced labor, human trafficking and child labor are all-too-common. An internal investigation by Nestlé S.A. that found slavery in their own supply chain in Thailand made headlines this past month. Just a few days later, a state-owned laboratory in India reported that a brand of pasta owned by Nestlé allegedly failed food safety tests for excessive lead content.

How does Nestlé’s story stand out as an example for importers of supply chain mistakes? And what lessons can you learn from its telling?

Nestlé is not alone in their failure to investigate suppliers ahead of incorporating them into their supply chain. And they were seeing negative repercussions of forced labor well before this investigation. The company sources fish from Thailand for at least two of its products, Purina brand and Fancy Feast cat food. In August pet food buyers filed a lawsuit against Nestlé alleging that Fancy Feast cat food was the product of slave labor. The company could face more lawsuits over the lead content of the pasta sold in India.

How can these lawsuits be avoided?

One of Nestlé’s supply chain mistakes stems from a lack of transparency. Simply put, the food brand did not carry out due diligence of each of their suppliers they began working with. A thorough audit of each supplier for social compliance would have likely revealed the labor violations the company currently faces. 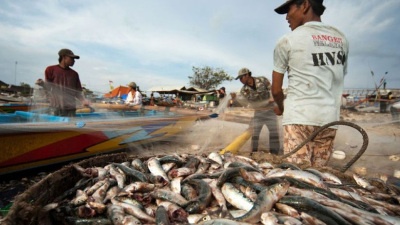 Most standards used for social compliance auditing specifically address forced or slave labor, including SA8000 and that of major retail brands, such as Walmart and Target. In addition, many pieces of legislation have addressed this problem specifically, including California’s Transparency in Supply Chains Act.

It would be misleading to suggest that it’s easy to monitor a very extensive and complex supply chain like Nestlé’s. The fishing industry is, understandably, more difficult to police as boats venture far out into the South China Sea and away from authorities. Still, the burden of responsible and ethical sourcing rests on the importer. And Nestlé’s case shows issues that auditing would have prevented.

"The burden of responsible and ethical sourcing rests on the importer."

Nestlé’s error in handing food safety of their pasta product is more obvious. Internal lab testing could have identified high levels of lead long before third-party testing made the same discovery. This example is not unlike the story of Lumber Liquidators reported earlier this year, in which unsafe levels of formaldehyde were found in laminate flooring manufactured for the company in China.

Through regular food safety testing of their product, Nestlé could have identified the issue sooner and corrected it before distribution.

"Through regular food safety testing of their product, Nestlé could have identified the issue sooner."

How Nestlé is addressing forced labor in their supply chain

Despite the negative publicity and public spotlight placed on the company, Nestlé has done a couple things right. The company was forthcoming in releasing the findings of its study, which included interviews with more than 100 workers in Thailand’s seafood industry. The study revealed that slavery in the industry is a widespread problem, quite possibly affecting many other brands with suppliers in the region.

Second to raising awareness about the problem, Nestlé has vowed to address it within their own supply chain. The executive vice-president in charge of operations has stated, “Nestlé is committed to eliminating forced labor in our seafood supply chain in Thailand, working alongside other stakeholders to tackle this serious and complex issue". The company plans to release a report every year to show ongoing progress in this initiative.

The road ahead to ethically sourced seafood may be long. But Nestlé is showing that this is now a high priority for the company.

Supply chain negligence can cost you dearly. Stories like these continue to make waves in the manufacturing sector and serve as cautionary tales. Importers can learn a lot from the failures of major brands – in this case, steps to take in avoiding issues with food safety and forced labor and how to correct such issues if they arise.

Winston Churchill said, “All men make mistakes, but only wise men learn from their mistakes.” Wouldn’t it be nice to save ourselves the trouble and learn from the supply chain mistakes of others?