What You Should Consider Before Manufacturing in Bangladesh

Bangladesh’s labor costs are some of the lowest in Asia and the world. There are clearly opportunities for labor-intensive industries there. Check this out and explore greater detail of manufacturing in Bangladesh. 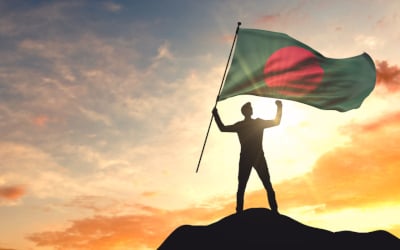 Even before the United States-China trade war kicked off in 2018, many foreign companies manufacturing in China were already searching for sourcing alternatives. In large part due to China’s dramatic increase of wages in recent years, manufacturers were gradually drawn to neighboring countries in Southeast Asia.

But amidst the clamor over Indonesia, Malaysia, Thailand and Vietnam, have you ignored another good alternative? Depending on your industry, Bangladesh should be included in your shortlist of possible sourcing options (related: Asia Sourcing Guide: 11 Top Alternatives to China [eBook]).

Bangladesh’s main draw lies in its competitive labor costs, which are some of the lowest in Asia and the world. However, doing business in Bangladesh certainly comes with its own challenges. Lack of social and environmental compliance in factories, social unrest and poorly developed logistics infrastructure are just some of the difficulties to be aware of.

Still, these factors have yet to dissuade the growing number of garment manufacturers from shifting their operations to Bangladesh. And this trend isn’t limited to foreign companies–even Chinese-owned companies are setting up shop in Bangladesh. There are clearly opportunities for labor-intensive industries there, as we’ll explore in greater detail below.

The country’s low manufacturing wages make Bangladesh ideal for labor-intensive industries. Thus, it comes as no surprise that garment and textile manufacturing make up the largest export industry in Bangladesh by far. And seeking manufacturing opportunities outside this industry will prove difficult.

The garment and textile industry accounts for 91 percent of Bangladesh’s total exports, valued at $39.49 billion. The country is also the second-largest apparel exporter in the world as of 2018.

The exports, which include ready-made garments (RMG), cotton and silk fabrics and knitted apparel, are primarily shipped to developed countries. The United States ($5.8 billion), Germany ($4.5 billion) and the United Kingdom ($3.3 billion) are the three largest importers of Bangladesh’s textile products.

Exports to the U.S. are expected to grow markedly in the wake of the ongoing trade war with China. Bangladesh has recorded a nearly 14 percent increase in shipment volumes to the U.S. in the first four months of 2019 alone.

The footwear and headwear export industry is Bangladesh’s second largest. In 2018, the sector shipped $13.98 billion worth of goods. Several multinational footwear brands, such as Bata and Youngone Corporation have manufacturing bases in Bangladesh.

Food and beverage is Bangladesh’s third-largest export industry, valued at $940 million. It makes up 2.16 percent of the country’s total exports. Fish, crustaceans and other ocean invertebrates account for almost half ($445 million) of the sector’s exports, while vegetables (fruits, nuts, roots and tubers) and cereal preparations come in a distant second and third with $141 million and $85 million, respectively.

Bangladesh’s labor force is substantial with nearly 67 million people as of 2017. However, Bangladesh ranks low in the human capital index at 111, owing to low enrollment rates and poor quality schools. An estimated 42 percent of the population aged 25+ has no education.

Establishing more sophisticated or high-tech manufacturing in Bangladesh would be challenging given the state of the current labor force.

The rise of Bangladesh to become the world’s second-largest global apparel exporter owes much to the country’s low labor costs. Government subsidies and tax concessions from developed countries have also played a role in the sector’s growth. But cheap labor has been the main driving force behind the presence of global retailers such as Walmart, JC Penney and Gap Inc.

The wage disparity extends to other countries in the region as well. Minimum wages for workers in Vietnam (4.18 million dong/$180), Indonesia (2.9 million rupiah/$208) and Thailand (14,353 baht/$471) are significantly higher than their Bangladeshi counterparts. 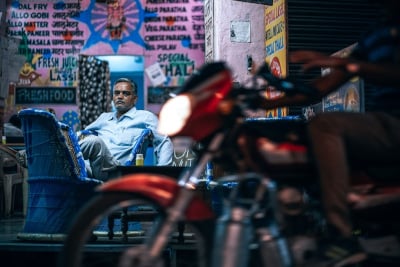 Thousands of workers, many of whom walked out of the factory floor, have held demonstrations in Bangladesh. A massive labor strike involving about 50,000 workers in January was met with strong police action. Water cannons and rubber bullets were used to disperse protestors.

Some factory owners reportedly retaliated by firing up to 7,000 workers to halt disruptions to their operations. However, the issue is far from resolved. And business owners must factor in the cost of delayed or stopped production should similar protests occur in the future.

Bangladesh fared relatively poorly in the World Bank’s 2018 Logistics Performance Index, with a rank of 100 out of 160 countries. This is a 13-place drop compared to a year earlier.

Bangladesh ranked better in the tracking & tracing sub-indicator, placing 79th. As the name implies, this category relates to the ease and accuracy of tracking and tracing consignments.

Bangladesh’s logistics performance is ranked much lower than that of major trading nations like China (26th) and India (44th), or even emerging economies like Vietnam (39th) and Indonesia (46).

The Rana Plaza tragedy in May 2013 is an unfortunate example of the country’s underdeveloped infrastructure. The disaster, which resulted in 1,134 deaths and over 2,500 injuries, remains the worst garment factory accident in history. It was also the worst industrial disaster in the country’s history.

The disaster was caused by a series of preventable irregularities. It began in 2006 with permission from local authorities to construct a five-story building on an unstable drained pond. The land was later rezoned from commercial into industrial land to allow Sohel Rana, the owner, to open a garment factory.

Within the next couple of years, Rana illegally added three additional stories to the building. The contractors hired for the job, meanwhile, used substandard building materials for the construction.

After large cracks appeared on supporting columns and walls, the building was ordered to be evacuated. But Kabir Hossain Sardar, a high-ranking civil servant in the sub-district, rescinded the evacuation order on the same day. Rana instructed his employees to resume work the next day—the day the building collapsed.

Accord on Fire and Building Safety

In the immediate aftermath of the Rana Plaza disaster,

European fashion brands set up the Accord on Fire and Building Safety to improve safety inside Bangladesh’s factories. Some of the largest brands in the world, including Adidas, Sainsbury and Esprit, were members of the five-year accord.

This private and independent initiative seeks to impose legally binding safety, building and fire enforcement standards on all garment manufacturers in Bangladesh. Of the 1,600 factories the Accord have inspected between 2014 and 2019, only 200 have passed and received certificates. Factories that fail to meet standards are barred from accepting orders from Accord-member brands.

Despite its success in improving factory conditions, the Bangladeshi government announced that the Accord’s five-year term would not be extended. Instead, government inspectors from the Remediation Coordination Cell (RCC) will take over the Accord’s responsibilities.

Ease of doing business in Bangladesh

The Ease of Doing Business index is a global ranking of the regulatory environment and business climate of 190 countries around the world. The ranking is determined by the average score obtained across ten related metrics.

Bangladesh achieved a low rank of 176th in 2019, an improvement of one place compared to last year. More alarmingly, it is placed last among all South Asian nations—behind Bhutan (81), Nepal (110), Myanmar (171) and even Afghanistan (167).

Bangladesh performed best among the ten areas scored in protecting minority investors with a global rank of 89th.

Bangladesh performed the worst in enforcing contracts, where it ranked 189th, just one spot from last. The report showed that contract enforcement takes an average of 1,442 days to be completed. The report also rated the country’s quality of judicial processes at a lowly 7.5 out of 18.

Recent reforms made to improve sourcing and exporting goods from the country include:

Bangladesh has a few strengths working in its favor. Its enormous population density offers the country an instant bonus in terms of the size of its workforce. Coupled with its low labor cost, Bangladesh is well positioned to serve as an alternative manufacturing hub for labor-intensive industries.

In addition, Bangladesh’s status as a least-developed country also qualifies it to be included in the European Union’s Generalised Scheme of Preferences (GSP). GSP basically grants Bangladesh a duty and quota-free access to the European market. This is a massive in-built advantage for manufacturers based in Bangladesh.

But Bangladesh is not without its obstacles when it comes to manufacturing. The country is well behind many of its neighbors in ease of doing business, logistics and infrastructure and other relevant metrics. But if you import garments from China and are looking for a cost-competitive alternative, Bangladesh might just be your best bet.