The Chinese military, weather, and outdated air traffic control procedures are all out of your control. But with a little due diligence and proper planning, you can avoid the worst that flight delays in China present.

One third of all domestic flights in Mainland China in 2014 did not depart on time—about 937,000 flights in total.

How do Chinese flight delays stack up internationally? Chinese airports consistently lead the world in flight delays. In fact, of the world’s 61 largest airports, the worst seven for flight delays are all Chinese. And it’s reported that only 37.26 flights from Shanghai’s Pudong Airport, China’s busiest international airport, manage to depart on-time.

If you’ve travelled at all in China on domestic flights, you might have personally seen just how common delays, even last minute cancellations, can be. You might have even been personally inconvenienced by a delay of two, three or four hours. And if there’s one thing more troublesome than having a flight delayed, it’s being delayed in an unfamiliar country like China.

So why are flight delays in China so common? And what can you do to mitigate your risk of a delay or make the most of that “lost” time spent waiting for one to pass?

When you experience a domestic flight delay in China, it’s usually due to one or more of the following three common reasons: military airspace requirements, inclement weather and outdated air traffic procedures. Let’s look more closely at each one.

According to a December 2014 report from the U.S.-China Economic and Security Review Commission, about 80 percent of airspace in China is devoted to the military.  That’s not to say that the military is constantly holding training drills that require unhampered use of the skies. But because the military has control over so much airspace, commercial airlines are given a lower priority to fly and a narrower window in which to operate.

Some Chinese flight delays occasionally occur due to military exercises, such as the China Victory Day Parade in September 2015. The military parade marking the end of World War II included military planes in the skies, as well as some 12,000 personnel on the ground in Beijing. And aside from restrictions to local subway and bus lines, Beijing Capital International Airport, the second busiest in the world, closed for three hours.

The military’s need to patrol Chinese airspace may not always be a cause for delayed flights. But knowing about a potentially disruptive event beforehand, such as a well-publicized military exercise, can help you avoid flight delays.

It’s no secret to frequent fliers that poor weather conditions can prevent flights from departing on-time. But the Southern and Eastern Chinese coastlines are particularly prone to rough weather. Tropical weather patterns are common between March and September and can easily disrupt air traffic in the form of intense storms and even monsoons. 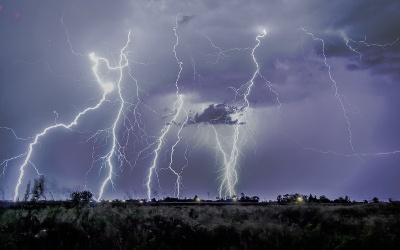 n March of 2016, the Shenzhen Baoan International Airport experienced over 200 flight cancellations in the face of massive thunderstorms. The storms were so severe the government issued its highest alert for swift action from the airport. Police with riot shields were brought in to deal with the ensuing chaos created by thousands of angry passengers.

And storms aren’t the only thing that can hold up flights. In January 2016, 40 flights in Shanghai were cancelled due to “heavy fog and low-cloud weather”. Another 130 flights were delayed and some airlines rerouted flights to neighbouring airports. The number of delays is staggering when you consider that 92 percent of flights from Tokyo’s Haneda Airport, which handles more flights annually than Shanghai’s Pudong, were on-time in 2015.

Sometimes weather conditions might be cited as the cause for flight delays and cancelations. But occasionally, air pollution is the true cause. Flights at airports in both Shanghai and Beijing have been delayed, cancelled or rerouted due to heavy smog. These two cities are some of the worst in terms of air pollution, with an air quality index often reaching “severe” levels at 350.

Whether you’re worried about flight delays due to poor weather conditions or due to air pollution, it can be difficult to avoid either when traveling to areas prone to these types of disruptions.

Obsolete procedures used by Chinese air traffic control authorities can account for up to 26 percent of delays on the tarmac. The procedures in use can be traced back to the 1970s when domestic air travel in China was very limited. With domestic air travel having grown in popularity in the last 20 years, the old ways just aren't modern enough. 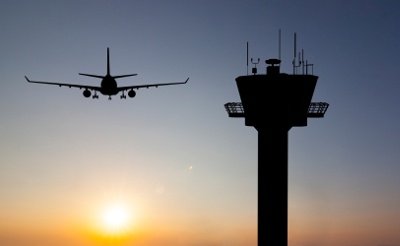 According to one pilot we spoke with from Shenzhen Airlines, there’s a significant amount of wasted time in airports due to regulations. In most airports in the world, a plane taking off will be staged on the runway while another lands so that it can depart immediately once the runway is clear.

But in China regulations force an aircraft waiting to take-off to wait on the side of the runway until an incoming plane has landed. Between each and every flight, this practice leads to 3-4 minutes of idle waiting time. Understandably, on-time departures are often negatively impacted as a result.

How to deal with Chinese flight delays

You can’t exactly tell the People’s Liberation Army (PLA) to clear the skies each time you have a flight to catch. You also can’t force air traffic controllers to immediately change their procedures. And there’s not much you can do to improve poor weather conditions. But there’s one way that you can generally avoid these kinds of delays altogether when you’re traveling short-to-medium distances.

Take the high-speed train instead of flying

For those that are traveling distances shorter than 1,500 km, China’s high-speed rail (HSR) network often presents a convenient alternative to flying. As the world’s largest high-speed rail network, China’s bullet trains offer some clear advantages over flying, such as:

Traveling aboard the HSR can be a pleasant solution to Chinese flight delays (related: Enjoying Your Next China Trip – 5 Tips).

Preparing for flight delays in China

If you do need to fly, it’s recommended that you book a morning flight. It’s often better to stay at your at your place of departure overnight and fly out the next morning, rather than try and take a late night flight to your next destination and risk a delay or cancellation. There are also a few things you can bring to prepare for delays, including:

It also doesn’t hurt to bring some reading material or other entertainment. It may be helpful to bring a Kindle or other e-reader as it’s often difficult to find books in foreign languages in China.

For passengers whose flights are severely delayed, there is hope. When you buy your ticket, you can also purchase aviation accident and delay insurance for around 20 RMB (about 3 USD). According to Sohu, a Chinese news source, the below major carriers offer compensation as follows:

When factoring in the limited airspace available to passenger aircraft, inclement weather on common flight routes, and outdated and inefficient air traffic procedures, it’s easy to understand why flights in China are often delayed or cancelled.

But by thinking ahead and preparing properly for a worst case delay, you can reduce some of the irritation that comes with it. And better yet, if you purchase insurance, you can be compensated for your lost time. Chinese flight delays may not be avoidable. But at the very least, you can survive them and arrive at your destination with most of your sanity still intact.

What are your Chinese flight horror stories? Share them in the comments below!