5 Advantages of Being a Small Manufacturer in the Digital Era

This week on Best in Manufacturing, the advantages of small manufacturers in the age of technology, Japanese manufacturing moving back to China, a revolutionizing 3D printing robot and more!

Every Sunday, we publish a list of top articles and other content related to manufacturing in areas like quality control, product development, supply chain management, sourcing, auditing and law.

1. 5 advantages of being a small manufacturer in the digital era

Big companies generally have more resources than smaller companies—it’s a fact. But with the rise of smart technology, this fact may no longer be an absolute advantage.

Digital disruption is about ideas. The latest gadgets can perform nearly any task, with limitations existing only in how creatively they can brainstorm. For this reason and many others, small manufacturers can still compete with their larger counterparts.

Let’s look at the top five advantages of being a small manufacturer today.

To read the full article that covers these five advantages in detail, follow the link below:

The IoT is powerful, vast and it’s the future of manufacturing. What very few of us understand, however, is how and where the collected data is used.

Cloud computing is a process that computes, stores and applies the resources of the IoT at locations far away from the IoT devices. It saves on space and was initially developed to reduce equipment and operational costs of deploying data centers.

Alongside this advantage is cloud computing’s flexibility in adding or removing computing and storage resources. This prevents the underutilization of capital assets and ensures that demand doesn’t exceed the capability of a local data-center.

Though the space-saving aspect is valued, it also makes it difficult for the cloud to support real-time IoT applications. The time it takes to respond to an event—the latency—may even exceed the time required for an IoT deployment. Not good.

As the demand for real-time IoT applications increases, companies have found other solutions that better balance the space-saving and response-time trade off. This is where edge computing comes in.

Edge computing and its advantages

Edge computing is an alternative to cloud computing and has its resources physically located close to the user. There are three main benefits to this solution:

Reduced latency. With the resources in a constant and nearby location, switch time and propagation delay are almost negligible. This allows for real-time computations.

Enhanced reliability. With the data traveling shorter distances and through fewer switches, the chances of corruption also decrease. Network jitter is similarly reduced as the locations of the resources are fixed and unmoving.

Enhanced security. With cloud computing, you don’t even know what country your resources are in, let alone what building. But this isn’t true for edge computing where you have the power to add security through door access controls or video monitoring.

Edge computing is the answer to real-time IoT. Companies that use it are eliminating their inefficiencies—even ones as small as propagation delay—and optimizing their output.

To read more about the difference between cloud and edge computing, read the article below:

In the late 2000s Japanese manufacturers began shifting their business away from China. Adopting a “China Plus One” strategy was their way of decreasing dependency on a single supplier and diversifying their investments. 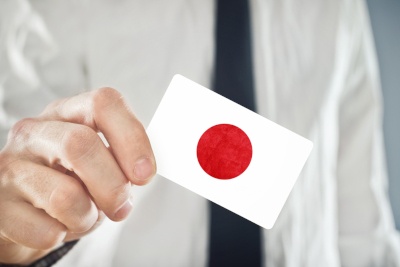 Beyond the fear of having a single point of failure, Japanese companies also fear rising wages and political risks in China. But with Xi Jinping’s new BRI and Made in China 2025 initiatives, those fears are diminishing—Japanese companies are returning.

China’s expansionary initiatives are causing their intended effects. China is getting back on track, and foreign companies are responding positively.

What does Japanese investment mean for the future?

A survey conducted by the Mizuho Research Institute shows that Japan’s satisfaction index for China turned positive for the first time since 2007. Overall Japanese satisfaction with ASEAN even returned to positive ground last year.

Cooperation within the region could influence how those outside the region view China. German and U.S. companies like Volkswagen and GM are also looking more favorably at China. The chemical company BASF even announced their plans to open a new factory in Nanjing.

The U.S.-China tariff war may still influence these numbers in months to come, but regaining trust and business is always a good sign. Only a few years into their debut, China’s BRI and MiC 2025 initiatives are producing their intended effects.

To read more about Japan’s return to Chinese manufacturing, read the link below.

4. How one company’s robot could revolutionize 3D-printed product testing

3D printing was the answer to rapid prototyping. But printing one piece is only the first part of the equation. The second part involves ensuring the piece’s reliability—a process that can take weeks or even months.

In response to this issue, Albuquerque’s Sandia National Laboratories designed Alinstante—a flexible, modular and scalable system. The system is a six-sided work cell with a commercial robot at its center that quickly determines the performance of a part.

The six “petal” work stations that surround the robot can have different custom testing systems. They can be swapped in and out as needed and can even be combined in a honeycomb-like structure.

The ability to speed up high-throughput testing time could completely change the use of 3D printing. The machine allows you to tell the 3D printer on Friday afternoon to print a part 10 different ways and test each one. By Monday morning Alinstante will tell you which process worked best.

The future of Alinstante and high-throughput testing

Alinstante was designed for rapid prototyping of small-batch manufacturing. Useful in any small business or industry, the system will automate the whole process.

“Alinstante can reduce the scheduling burden for the testing, greatly speeding up the turnaround time,” says Sandia mechanical engineer Ross Burchard. But the scientists don’t intend to stop there. They believe Alinstante is just scratching the surface of its capabilities.

They hope to see it being used for X-ray tomography, corrosion testing and density measurements. Even materials discovery and alloy performance are not out of the question for this machine.

As Sandia moves forward with making these changes a reality, they are continually looking for partners to support the development of new models. These enhancements could revolutionize manufacturing, but they won’t happen overnight

To read more about Alinstante and Sandia National Laboratories, follow the link below: 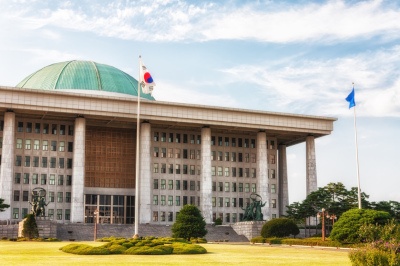 With the election of President Moon Jae-in in May of last year, Korea’s government took on an anti-business stance. The administration raised corporate taxes and implemented labor-friendly measures that have strained big companies.

Manufacturing industries have lacked government support in Korea because of an assumption that such support only benefits large companies. The government sees the current local manufacturing setback as temporary and is reluctant to get involved.

The manufacturing sector’s influence on unemployment

The number of workers hired annually by manufacturing firms in Korea is declining—alarmingly so.

Moon’s efforts have been focused solely on the services sector and small companies. This is largely thanks to the suggestions of governmental economic aids, who believe large manufacturing firms have reached an employment limit.

Other experts claim that manufacturing jobs would ease the country’s increasing unemployment rates.

Jung Jae-won, an analyst at the Korea Economic Research Institute believes “a 10 percent reduction in the cost caused by regulations in the manufacturing sector would result in a 4.8 percent increase in GDP, cutting the unemployment rate by 0.14 percentage points.”

It’s hard to say exactly how much control big manufacturing has over the unemployment rate, but policies restricting their expansion don’t seem to be working. The Korean government may need to rethink their anti-business approach in coming years if unemployment rates don’t improve.

To read more about Korean manufacturing and unemployment, read the article below:

Ella Noll worked at InTouch as a content marketing intern in May-August 2018. She grew up in Tokyo, Japan and now studies computer science at New York University Abu Dhabi. She loves listening to podcasts, playing tennis and reading.