The Tide Eco-Box looks like a box of wine. Rather than a typical plastic jug of detergent liquid, it stores detergent in a plastic bag with a twistable nozzle, all enclosed in a shippable box. It’s easy to ship, lighter than plastic bottles and takes up less space.

It’s a packaging alternative that works well with ecommerce. But according to Proctor and Gamble, it’s really designed with the environment in mind.

The reality is, it conveniently meets both goals. In a press release, Proctor and Gamble brand manager Isaac Hellemn said:

The Tide Eco-Box is designed to keep the convenience of online shopping for the consumer but reduce the overall impact of that convenience on our environment.

It seems the entire ecommerce industry is readjusting packaging norms. And Amazon may be the driving force behind these changes.

How Amazon is driving packaging changes

Amazon maintains specific packaging requirements for its vendors. Among these are:

Failure to comply with Amazon requirements can lead to:

Immediate refusal of inventory at the Amazon fulfilment center, the disposal or return of inventory, the blocking of future shipments to the fulfillment center, or a charge for any unplanned services.

But Amazon’s reach extends far beyond complying with internal requirements.

Amazon’s “Frustration-Free Packaging”, for example, offers rewards for vendors that meet a series of requirements.

As vendors work to comply with these programs, Amazon-centric packaging choices are becoming the norm.

Earlier this year, Hasbro worked with Amazon to redesign its toy packaging. Just like with Tide and the Eco-Box, both companies used the change as a promotional opportunity.

Amazon is encouraging packaging changes to improve its own logistics. But these changes also benefit ecommerce sellers.

According to Packaging Digest, changing packaging to improve logistics can:

And making these changes can be a great promotional opportunity.

Amazon may be influencing the packaging norm. But is that really such a bad thing?

How Amazon Now Shapes What Our Stuff Looks Like - Adam Clark Estes, Gizmodo

2. Myanmar’s garment industry is growing fast. But is it worth the risk?

China’s stance as a low-cost manufacturing destination is a thing of the past. Instead, the country has shifted focus to high-end manufacturing.

But as China strives to move up the value chain, those who reveled in low production costs are scrambling to keep up.

Garment production requires a fair amount of manual labor. And many garment producers have already started exploring other ASEAN countries.

Until recently, Myanmar hadn’t been a common relocation destination. But of all ASEAN countries, Myanmar has the lowest monthly minimum wage in the textile sector.

And now that Myanmar is free from decades of sanctions, its apparel industry is growing rapidly.

But lingering effects of the sanctions and human rights issues are still prevalent in Myanmar. Those considering the country for garment production should be aware of the risks.

Myanmar faced economic sanctions from the U.S. and EU for over 20 years. The sanctions shuttered a growing garment industry and included:

Because Myanmar couldn’t export to the U.S. or EU, it relied heavily on Japan and Korea. In 2014, the two countries accounted for 67 percent of Myanmar’s total garment exports.

But in 2013, the EU lifted economic sanctions, except for those on arms, and granted Myanmar Generalized System of Preference (GSP) trade privileges. This means Myanmar enjoys duty-and-quota-free access to the EU market. Three years later, the U.S. lifted almost all additional sanctions.

This opened doors for investment in Myanmar’s garment industry. And last year, the EU accounted for almost half of the country’s garment exports.

Now that global garment exports are growing, the country is working to attract investors.

In 2017, Myanmar implemented a new investment law that:

Most foreign investors and manufacturers are tempted most by Myanmar’s low wages. As of 2015, Myanmar’s monthly minimum wage was only $67. This compares to:

According to the MGMA, Myanmar’s garment product export revenue doubled in the last two years. While the trajectory is promising, issues remain.

Depending on the outcome, the EU may revoke Myanmar’s GSP access. U Ye Min Aung, Union of Myanmar Federation of Chambers of Commerce and Industry vice chair, told The Myanmar Times:

If the EU halts the GSP and EBA for Myanmar, there will be an enormous impact on trade and foreign investments in the country.

And the U.S. has already re-imposed some sanctions because of “ethnic cleansing” against Rohingya Muslims.

Even if Myanmar’s sanction situation improves (again), infrastructure is limited.

If you’re willing to take a chance, Myanmar’s garment industry offers a wealth of opportunity. But for many, lingering issues will outweigh the benefits of low production costs.

Follow the link below for more information on garment manufacturing in Myanmar.

Threading the Needle: the Rise of Myanmar as a Garment Manufacturing Alternative – Mike Vinkenborg, ASEAN Briefing

Supplying for Apple is like making a deal with the devil.

A contract with Apple can attract customers and boost revenue. But if Apple switches to a new supplier, the old supplier can lose half its value overnight.

And companies that publicly list Apple as a client struggle to get financing. They also trade lower on Wall Street—a phenomenon known as the Apple risk discount.

While the “Apple risk discount” doesn’t apply to everyone, supply and demand sure does.

Smartphone component suppliers throughout the industry are on a supply chain roller coaster. It’s a saturated market that’s changing to accommodate choices by large distributors.

Suppliers must figure out new ways to navigate the rapidly changing market.

Apple came under fire earlier this year for intentionally slowing down iPhone batteries. After the outcry, the company began building its products to last longer.

Consumers that keep their devices longer are more inclined to subscribe to services. So instead of driving device sales, Apple may focus on building services.

Service-based sales can reduce overhead. And this move could prove lucrative for Apple.

But it doesn’t provide additional revenue sources for component suppliers.

The smartphone market is already a difficult playing field. According to Marketing Insider Group, it might even be on the brink of supersaturation.

Apple’s production choices impact market trends. If other electronics manufacturers follow suit, there’s no telling how great the impact could be on component sourcing.

Get more from your distributor relationship

The market is competitive and unpredictable. But you’re not powerless.

According to New Electronics, a small supplier can attract a large distributor’s attention by playing off niches.

Do you have a unique solution for a particular application? Can you offer access to a niche market?

But it’s not just about landing the contract. In a competitive market there will always be others vying for your spot.

Most device makers will keep at least two suppliers for each component. When Apple cuts back on supplier orders, it’s not going to sack its favorites.

OroCommerce suggests these tips for a strong relationship:

It’s always a good idea to set clear expectations with your partners—whether they’re large electronics distributors or your own suppliers.

Apple suppliers may be on a roller coaster. But that’s the nature of the electronics market. And the ones who last are making a conscious effort to build a niche for themselves.

What’s Bad for Apple Can be Terrible for Suppliers – Jeran Wittenstein and Mark Gurman, Bloomberg

Every year since 1989, attending nations have issued a joint statement to close the summit.

But this year Chinese President Xi Jinping and U.S. Vice President Mike Pence refused to compromise. And the summit ended without a unified statement.

Both countries were battling for loyalty from attendees of the APEC summit—a group which represents 60 percent of the global economy.

Leaders—many of whom are caught in the trade war crossfire—are eager to see the world’s strongest powers working together once again.

But from the looks of the summit, there’s a long way to go before relations between the U.S. and China improve.

U.S. and China battle for support at APEC summit

Many leaders were hoping it would be an opportunity to smooth tensions. But according to Jonathan Pryke, a Pacific Rim expert at the Lowy Institute, the result was “raw stubbornness”.

At a closed-door session for APEC leaders, President Xi asked leaders to:

He also pushed for an open, inclusive and transparent approach to free trade agreements.

Vice President Pence, who appeared in President Trump’s place at the summit, spoke after President Xi.

He said the administration’s relationship with China and President Xi is a priority. But followed this statement by:

He also urged Asian nations to work with the U.S. and said doing so could free them from Chinese debt.

Support from regional partners is vital as the two countries battle for leadership and push contrasting agendas in the Asia-Pacific region.

But many leaders left the summit distressed over the global impact of ongoing tensions. And as Prime Minister Peter O’Neill of Papua New Guinea put it:

The entire world is worried.

The world is worried because ramifications of the ongoing trade war are larger than U.S.-China relations.

According to Hugh White, a regional analyst at the Australian National University, leaders of many countries, especially in Asia, fear a split into two camps.

[No one] wants to be forced to make a choice.

Tariffs are remapping the global supply chain. But it’s not just world leaders that are worried.

Many companies stand to suffer from tense relations. Some have already been forced to:

The summit was an opportunity to defuse trade tensions. But it seems as though the outcome was the exact opposite.

5. Chinese hacking of U.S. IP on the rise

Chinese hacking of U.S. IP is on the rise after a lull in such activity over the past few years. 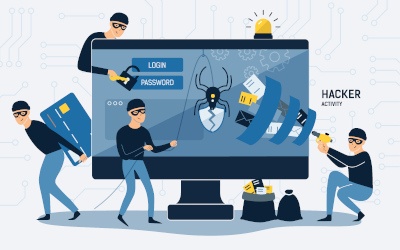 In late 2015, President Xi agreed to a series of cybersecurity measures with the U.S.

Following the agreement, Chinese commercial hacks plummeted as much as 90 percent, according to CrowdStrike, a cybersecurity technology company.

It seems China is on a renewed mission to hack U.S. IP. And this time, the country is changing its tactics with relentless force.

U.S. officials are alarmed over the growing scope and frequency of attacks. And business owners should prepare for the battle ahead.

Frequency of attacks is increasing

Beijing’s economic espionage has drastically increased over the last two years. And several high-profile cases have made headlines in the past few months.

Some of these cases include:

According to John Bennett, the special agent in charge of the FBI’s San Francisco office, Beijing wants IP now and will do whatever it takes to get information.

The spy game has always been a gentleman’s game, but China has taken the gloves off.

In the past, hacks were directed by China’s military. But power has shifted to the Ministry of State Security.

This is troubling because the Ministry—China’s chief civilian intelligence agency—employs far more sophisticated tactics than the military.

The ministry gets information through:

But according to Joseph Campbell, director at Navigant Consulting and former head of the FBI Criminal Investigative Division, the ministry also targets unknowing individuals.

And employees of American corporations in China are often targets for information.

Campbell said China may use unclassified information to build a picture of a company’s sensitive information. And often:

You might not realize you’re sharing a dangerous piece of information. But you can never be too careful with IP and company information.

Follow the link below to learn more about China’s increased efforts of American IP theft.