Learn about China's new free trade zones, how tariffs are hurting the electronics industry and "hijacked" reviews on Amazon in this week's roundup. 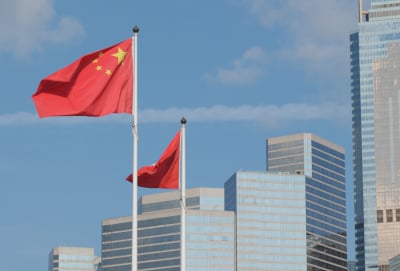 Since the U.S.-China trade war began, the Chinese government has been seeking ways to offset the impact of U.S. tariffs and find new trade partners. The government recently announced it will establish six more pilot free trade zones (FTZs) to boost China’s economy.

After establishing its first FTZ in Shanghai in 2013, China has built 11 more FTZs in the past six years. By adding six new FTZs, China now has 18 FTZs in total.

Establishing new FTZs is a strategic move to deepen China’s economic reform and open the country up further to global trade. Plus, beneficial trade policies in FTZs are likely to attract more manufacturers to these areas. The FTZs can help China move its manufacturing focus from coastal areas to inner regions and strategic border regions.

What’s more, the Chinese government has also announced it will expand the Shanghai FTZ to further attract foreign investment.

New FTZs tasked with different projects based on location

The six FTZs are all located in different provinces, including Shandong, Jiangsu, Guangxi, Hebei, Yunnan and Heilongjiang. Some of the FTZs are in underdeveloped areas and will help to support local economies.

Shandong and Jiangsu had the second and third biggest province economies in China in the first half of 2019. But Guangxi, Yunnan and Heilongjiang rank among the bottom of China’s provinces by GDP.

According to the Chinese government, the six new FTZs will be assigned with different tasks and differentiated reforms according to their geographic benefits. The goals of each FTZ include:

Aside from establishing new FTZs, the Chinese government also plans to keep developing its older FTZs. In early August, the Shanghai government doubled the size of the Shanghai FTZ by expanding it to include parts of Lingang, an area located at the southeast tip of Shanghai. Miao Bowen, head of industrial and logistic services at CBRE Eastern China, said:

The script of Lingang FTZ encompasses a wide range of industries, from advanced manufacturing and innovative technology businesses to logistics and services.

The Shanghai government has also issued 50 new rules to lure foreign investment in the expanded Shanghai FTZ. Here are some specific incentives:

Follow the link below to learn more about China’s new free trade zones.

Under the escalating trade tensions of the U.S.-China trade

war, the U.S. electronics industry is facing increasing pressure due to new tariffs.

Previous tariffs mainly focused on electronic components, but the new tariffs take aim at finished products. According to the Consumer Technology Association (CTA), the trade war has already cost electronic companies $10 billion. But new tariffs could increase costs by another $1 billion per month.

The U.S. Trade Representative (USTR) split List 4 into two parts, 4A and 4B, in August to impose tariffs separately on different products. Since September 1, products on List 4A now bear 15 percent tariffs.

Here are some of the affected consumer electronics under List 4A:

Even leading electronics companies like Apple aren’t spared from tariffs

List 4 covers a wild range of products and even leading electronics companies like Apple are not spared from its impact.

Apple assembles most of their products in China. Apple’s “iPhone City” in Henan, China, produces half the world’s iPhones. In March, Apple’s Chinese suppliers outnumbered U.S. suppliers for the first time, accounting for 41 percent of Apple’s top 200 suppliers.

In its letter to the USTR, Apple said “all of Apple’s major products, including iPhone, iPad, Mac, AirPods, and Apple TV” are under List 4. The tech giant also said “U.S. tariffs on Apple’s products would result in a reduction of Apple’s U.S. economic contribution”.

So far, Apple hasn’t raised prices for 19 products currently under tariffs. Analysts from JP Morgan say Apple might absorb the tariffs itself rather than raise prices for consumers. But absorbing the tariffs might cost Apple $500 million if it doesn’t raise prices.

Bronwyn Flores, a spokeswoman for the CTA, said this round of tariffs could impact holiday season prices:

Electronics companies can still save their businesses

Under harsher tariffs, brands and companies must find ways to save their business without losing customers.

Some companies have already raised their prices to mitigate tariffs. For example, LG Electronics raised the price of its washing machines by 4 to 8 percent in March.

Other electronics companies are relocating production lines to other Asian countries. Google is moving its Pixel manufacturing lines from China to Vietnam to dodge tariffs.

Aside from raising prices and uprooting supply chains, companies can also mitigate tariffs by “applying for exclusion” from the tariff list. Apple has previously applied for and received exemptions.

A company can request exclusion for a particular product within a tariff subheading from the USTR. Once approved, all imports of this specific product won’t be taxed, even if other importers didn’t file an exclusion request. The USTR will evaluate the availability of the product outside China as well as the economic harm caused by tariffs when considering exclusion requests.

Follow the link below to learn more about how tariffs are impacting the electronics industry.

The trade war has already cost electronics companies $10 billion and it gets worse on Sept. 1 – Kif Leswing, CNBC 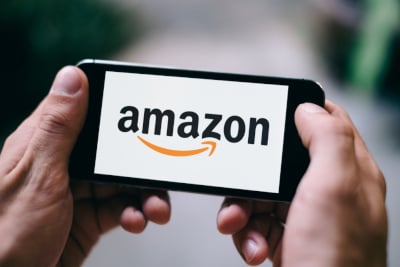 Overwhelmed by the huge number of product listings on the platform, many consumers look at product reviews to separate high-quality products from low-quality ones. But the “hijacking” of Amazon reviews is deceiving many consumers.

Hijacking reviews is a trick sellers can use to improve their Amazon ranking and attract more sales. Sellers can hijack abandoned pages and claim old reviews for their products. There are thousands of abandoned listings on Amazon for discontinued or outdated products.

For instance, one of Amazon’s house-label Pinzon mattress toppers was hijacked to sell a five-pound weighted blanket for kids. If a listing has a lot of 5-star reviews and positive comments, it’s likely to be hijacked multiple times. That why sometimes consumers see similar reviews repeated on the same listing.

Rachel Johnson Greer, a consultant for Amazon sellers, says hijacking is creating a chaotic atmosphere on the site:

There are more than 2 billion listings on Amazon, and they never die. When a product is discontinued, the listing just sits there, ready to be hijacked, and in the sea of goods, abuse is rarely noticed — even when it concerns Amazon’s own brands.

Other sellers can report hijackings to Amazon once they detect the hijacking on popular listings. But many hijacked abandoned listings remain live until detection.

Only Amazon’s Seller Support staff can modify listings for Amazon’s own brands. But sellers can contact Amazon Seller Support to change the listing—and sometimes get away with hijacking them too.

Greer, who also is also a former Amazon employee, said the Seller Support team doesn’t check these requests carefully. She said the team is based overseas and overworked. And the team isn’t well-trained on how to detect hijacking accurately, as the turnover rate of the team is high.

Amazon has taken down several hijacked listings shortly after they were revealed. An Amazon spokesperson said the company will follow their existing guidelines to stop further hijacking:

…we have clear guidelines about when products should be grouped together and we have guardrails in place to prevent products from being incorrectly grouped, either due to human error or abuse.

Many sellers don’t think Amazon is doing enough to protect fair competition on the platform. Hijacking of product listings makes it harder for sellers who follow Amazon’s guidelines to compete for high rankings.

Amazon sellers have plenty of ways to gain a higher ranking under Amazon’s A9 algorithm without resorting to hijacking. If you’re a new seller on Amazon, meeting Amazon seller requirements is the first step to ranking higher (related: How to Meet Amazon Seller Requirements When Importing from Asia).

One factor in Amazon’s ranking algorithm is how your business meets seller performance targets, especially when there are multiple sellers of a product. Amazon will rank your product listings higher if your business performs better in meeting the targets. Otherwise, Amazon might rank your listing lower or otherwise penalize your business.

Here are some specific requirements included in this performance target:

Selling on Amazon is the major league of ecommerce and you must be well prepared to rank high on the platform. In the end, hijacking product listings is unlikely to bring long-term success. Only high-quality products can survive the ecommerce fight and bring you long-term sales.

Follow the link below to learn more about hijacked reviews on Amazon.

Even Amazon’s own products are getting hijacked by imposter sellers – Josh Dzieza, The Verge