China’s One Belt, One Road Initiative: A Hand Up or a Hand Out?

This week on Best in Manufacturing, learn about Southeast Asia's approach to China's One Belt One Road initiative, building Chinese brands, Japanese approaches for automation, design uses for 3D printing and VR and Industry 4.0 in the ASEAN countries!

1. China’s One Belt, One Road initiative: a hand up or a hand out?

The One Belt, One Road (OBOR) initiative sprawls across Asia and into the West. In China’s quest for better economic and geopolitical ties, many countries are offered alluring deals that will help improve their infrastructure. 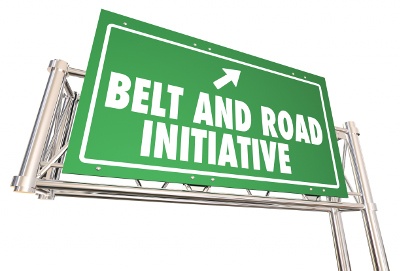 But these improvements come at a cost: loans from China and worries of how to keep China’s influence in check.

In some cases, countries are eager to accept what Beijing has to offer. Laos, for instance, accepted a deal for a rail line that started only a few months ago in December 2016. Vietnam and Myanmar, however, haven’t accepted China’s offers for rail lines because they’ve got more options for foreign support to choose from.

Rail lines are certainly helpful, but they aren’t the number one priority for OBOR. Maritime dominance is what Beijing is really after. With greater influence over the seas, China can more easily protect its economy and any other interests (like those in the South China Sea) should a conflict arise.

The desire for greater connectivity, whether by land or sea, in Southeast Asia is tempered by wariness in these countries of Beijing’s efforts to exert influence over them. Many of them don’t want an all-too-powerful northern neighbor. Where the interests of countries in the ASEAN bloc align with Beijing’s, there’s likely to be little resistance. Circumstances aren’t always like this, though, and China still needs to play a game of appeasement with some ASEAN nations to get what it wants.

The implications for importers are numerous. As the results of OBOR multiply, importers might potentially benefit from lower shipping costs, lower lead times, easier travel throughout Southeast Asia and more. But that’s only if Beijing gets its way, and based on the responses of ASEAN nations so far, OBOR faces an uphill battle and the amendments of countries that it might affect.

To learn more about OBOR and its role in Southeast Asia, check out the full article in the link below:

Many importers use contract manufacturers to create an item and then slap their logo on it. This relationship is essential for the continued existence of many importers who lack the ability to actually make products themselves.

For Chinese manufacturers, however, this isn’t always the safest way of doing business. If they run out of orders from customers, they could easily vanish due to not enough interest in their products. In order to survive and thrive, some manufacturers are creating their own brands.

In the words of the assistant manager of a trading company based in Hangzhou,

Chinese businesses have been good at manufacturing but now we have to change our mindset. Brands are the future.

Many factories have been able to overcome the technical challenges of producing certain products, from drones to smartphones to solar panels (and more). This technical capability reflects China’s drive to rise up through the value chain. And coupled with the Made in China 2025 initiative, it’s likely that some factories will become increasingly sophisticated and better able to produce advanced goods.

But even though you can make a great product doesn’t mean everyone will buy it.

By forging their own brands, and using the marketing expertise of overseas firms, Chinese companies are positioning themselves for future growth and competition against international businesses. Chinese companies have realized that right now their understanding of foreign markets is insufficient, so they’ve hired foreign talent to level the playing field. And in the years to come, that might just make all the difference in the competition against those importing from China.

To learn more about Chinese companies developing their own brands, check out the full article in the link below:

When it comes to automating factories, everyone’s approach might be a little different. Some manufacturers might “put all their chips in” and invest heavily in automation based on data, right from the beginning. Some might first try out automation with a trial run and invest more later. Some companies might simply say “this looks cool” and automate based on a gut feeling. 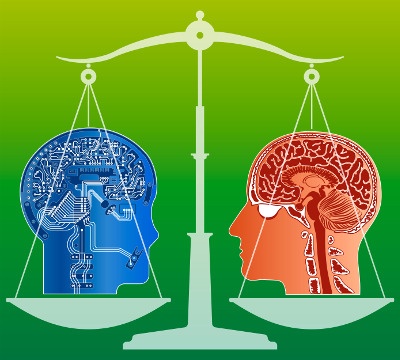 For Maruti Suzuki’s factory in Manesar, India, determining where automation is necessary is a little more unique. Robots get added to the production line based on three Japanese words:

These words refer to jobs that are hard to consistently and effectively perform due to their difficulty, dangerousness and/or dirtiness. When a task sufficiently meets any or all of these criteria, automation steps in.

And even though this style of judging where to use automation might seem like a great threat to the employment of workers, this featured article argues human skills are still necessary. Robots can’t perform tasks that require judgment and delicacy. So for the time being, automated production will work in tandem with workers to make products a reality, at least in Manesar. If this will be the case for the rest of the world is yet to be determined.

To learn more about how these three Japanese words are being used to improve factory operations, check out the full article in the link below:

4. Using 3D printing and VR for design in manufacturing

If you see someone flailing their arms around in a factory, people will likely think they’re crazy. With virtual reality technology for design, however, that person could actually be inventing a product in mid-air. Or they could actually just be crazy.

Although it sounds like technology from the far-ahead future, this featured article mentions how the combination of CAD, VR and 3D printing could be,

…a one-stop shop for bringing 3D models to fruition—meaning you can visualize your creation, manipulate it, and prototype it without the need to outsource any part of the project from the design phase onward. No intermediaries, no increased funding required.

Imagine that you want to create a special part from scratch. If you put on your VR headset, start your computer and fire up your 3D printer, you could be only a few hours away from having what you envisioned in the palm of your hand. And with this capability to rapidly prototype and create, there’s no telling how much time manufacturers, designers and importers will save when trying to come up with the next hit product.

To learn about specific VR platforms and this design combination, check out the full article in the link below:

The promise of Industry 4.0 is pretty significant. In case you’re not familiar with it, Industry 4.0 is essentially the next industrial revolution driven by advances in the Internet of Things (IoT), automation, augmented and virtual reality and 3D printing. There might be more to Industry 4.0, but this captures the biggest parts of it.

Countries like the United States and Germany, for example, are adopting Industry 4.0 at roughly the same pace. But that doesn’t also extend to countries in the ASEAN bloc, which is imperiled by the rise of this great leap in manufacturing.

According to the featured article, Industry 4.0 can offer a “30-40% increase in productivity” if it’s adopted correctly. Yet the problem is that ASEAN countries aren’t adopting it nearly as fast compared to other nations (including China). Many manufacturers in ASEAN might see their competitive advantages slip away if other manufacturers are able to cut costs with more efficient production capabilities.

As the article reports, the threat to the ASEAN is real:

To combat this threat, the article mentions how effective government policies like those instituted by South Korea are necessary. And with the right approach, ASEAN countries might just remain competitive after all and embrace, rather than struggle with, Industry 4.0.

To learn more about ASEAN countries and Industry 4.0, check out the full article in the link below:

Matthew Milasius is a Client Manager at InTouch and has been with the company since January 2016 to December 2019. He comes from the suburbs of Chicago, Illinois and loves fitness, snowboarding, and making electronic music. 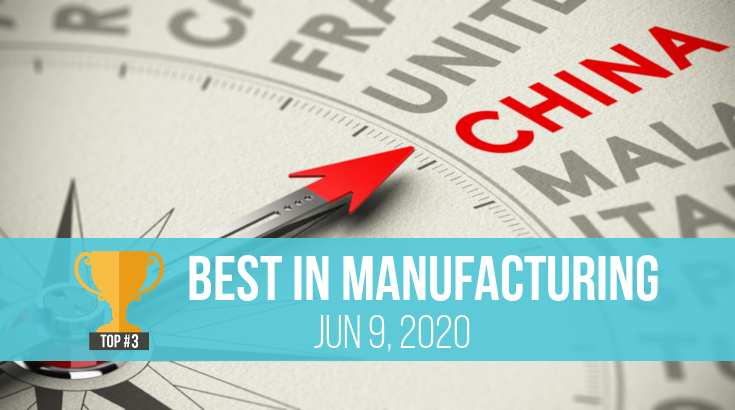 Supply Chain Diversification: Not Leaving China, But Expanding from China

Learn about supply chain diversification, the cookware market amid COVID-19 and DHL's electric delivery bikes in this week's roundup.