Chinese Ecommerce Takes a Bite out of the Luxury Market

This week on Best in Manufacturing: how one new Chinese ecommerce platform is cooperating with luxury brand suppliers to produce copycat products, the future of the wearable tech industry in Asia and more!

1. Chinese ecommerce takes a bite out of the luxury market

Imagine an ecommerce brand that sells products very similar to those of luxury brands like Gucci and Burberry but for a fraction of the price. As a consumer, this might sound too good to be true. But this is the type of news executives at luxury brands are losing sleep over. 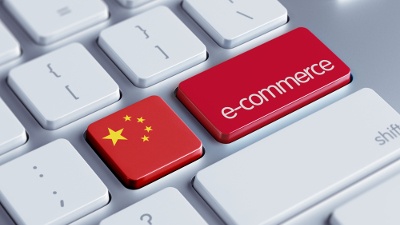 No, this isn’t about counterfeit products sold illegally on the black market. Nor am I talking about name brand products sold through unauthorized channels on the grey market. This is a wholly unique business model. And the implications for ecommerce and manufacturing at large are huge.

A Chinese company called NetEase is approaching luxury brands’ suppliers to manufacture their own unbranded products for their ecommerce site, Yanxuan. Because they know the brands these factories supply, they know they’re capable of manufacturing to a high quality standard.

In 2016 Yanxuan posted an image on Weibo, a popular Chinese social media post, showing just how similar their unbranded “copycat” products look beside their luxury-branded counterparts. And although the post stirred some controversy, the business model seems to be working.

According to NetEase's financial results, they generated more than $715 million in net revenues from ecommerce in Q4 of 2017. And Ding Lei, the company founder, expects this number to climb to $3 billion in 2018.

How will this affect continued manufacturing in China?

Luxury brands are likely to face more heated competition, at least in the Chinese market. And although otherwise premium goods now seem available to a wider range of consumers, there’s no guarantee of true quality.

But an interesting second-order consequence of NetEase’s business model is that it could be keeping Chinese manufacturers in business. Manufacturing wages in China continue to grow at a rapid pace, forcing many factories to relocated to less expensive countries in South East Asia . But manufacturers that supply Yanxuan have brighter prospects with a steady revenue stream.

Learn more about the trend that’s affecting the luxury market by clicking the link to the full article below:

2. Experts say process change, not automation, is the way of the future for factories

Hollywood films from The Terminator (1984) to Bicentennial Man (1999) and Ex Machina (2014) chronicle the potential utility, and dystopia, resulting from robotics and artificial intelligence. Companies like Foxconn are using robots to replace workers and cut costs. And entire nations are making automation a top priority to remain globally competitive, as in the case of the Made in China 2025 initiative.

Robots and artificial intelligence have been building momentum as hot topics in the media for decades. But perhaps innovations in processes deserve as much or more of our attention. According to a recent article from Harvard Business Review:

Some industries, like automotive, have production processes that are already nearly fully automated. But these same processes have changed very little for decades and are still highly inefficient. For example, even with the aid of 100 robots, it still takes a BMW plant in South Carolina 12 hours to paint each car. The answer to painting a car in less time seems to lie in rethinking the process, rather than adding more robots to the process.

How are manufacturers rethinking processes to improve efficiency?

Of course, the painting process is just one part of a vast and complex operation. There are other areas where car manufacturers are making more progress with less automation.

As costs for relevant technologies fall, these process changes could become more accessible to a wider range of manufacturers, both large and small. Read more about these fascinating changes in the full article linked below:

3. Wearable tech, not smartphones, to spur future growth in Asia

Most people these days have owned at least one, if not several, smartphones in their lifetime already. When the first iPhone came out, it was a groundbreaking achievement for Apple. For several subsequent years, consumers continued to rush out to buy each latest model. But research shows that American consumers only replaced their phones every 22 months in 2016, up two months from 2014. 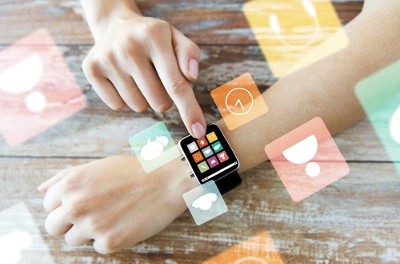 The maturing of the smartphone market is concerning for Asia, as much of its growth hinges on technology supply chains. In fact, smartphones contributed about one-third of the growth rate for total exports in Asia in 2017, according to the IMF.

But this featured article suggests a budding wave of new devices, namely wearable devices and IoT home appliances, is expected to spur along growth in Asia next. The article cites a number of growth projections for a few different key products:

Who will benefit from smart-tech growth in Asia?

The same countries that benefited most from the smartphone boom are expected to benefit from the smart-tech boom, including China, Japan, South Korea and Taiwan. New products will require many of the same components these countries are already specialized in manufacturing, like semiconductors and electronic displays.

While demand is growing for smart-tech products, this featured article shows production still pales in comparison to smartphone production for now. But big Asian smartphone manufacturers like Pegatron and Hon Hai Precision Industry Co. both recorded net declines in income in 2017, suggesting they might begin diversifying their product lines sooner rather than later.

One of the biggest challenges manufacturers in all industries face is shifting production lines to the newest trends in markets. Are you ready for the smart-tech boom? Learn more in the article linked below:

Toiling in a hot factory to sew 80 shirts an hour for $250 a month isn’t an attractive prospect for most of us. But for Indonesia’s estimated 2 million garment workers, this is the best work opportunity they can find. And despite many that regularly face abuse and sexual harassment on the job, the 60 percent who are women are worried about losing their jobs to automation.

This article offers us a glance at a typical day for Istiyaroh, a female garment worker in Jakarta. And in the backdrop are the economic and technological trends that are gradually impacting job security for Istiyaroh and millions like her in Indonesia and elsewhere in South East Asia.

For years Chinese manufacturers have been relocating labor-intensive operations to Indonesia amidst rising domestic wages. Now a similar trend in Indonesia is compelling factory owners there to find other ways to cut costs, mainly by raising productivity through automation.

An assistant manager at one garment factory described a recently purchased machine that precisely weighs, fills and evenly distributes feathers in down jackets: “Until very recently, this was all done manually, with hands and sticks… Now the job requires half the people and is twice as productive.”

While some workers have welcomed new machinery that makes their jobs easier, innovation will likely lead to increasing layoffs. A 2016 report by the International Labour Organization notes that 56 percent of wage workers in Indonesia are at “high risk of automation”.

What are the broader implications for garment manufacturing?

The changes happening in Indonesia and neighboring countries seem to show that garment manufacturers are running out of cheaper destinations for factories. Some have already moved their factories to countries in East Africa, like Ethiopia. But the logistical improvements necessary to make East Africa a viable manufacturing base may come too late.

Some Chinese firms have even moved to the United States where they benefit from cheaper resources while being closer to their market of sale. And then there are machines like SoftWear Automation’s Digital T-Shirt Workline, which claims to produce garments twice as fast as manual sewing and without any human workers at all.

Sadly, the long-term fate of Indonesian garment workers may be bleak. Learn more about Istiyaroh’s personal story and the larger impact of automation on garment manufacturing in the full article linked below:

A Disaster Approaches For The Women Who Make Our Clothes – Sara Perria, Huffington Post

5. Are you overestimating the value of personal relationships in Chinese business?

After more than six years of living and working in China, I know less about the cultural nuances of doing business here than I’d care to admit. But one concept I thought I had a firmer hold of, one that might even be considered a cliché among expats, is the idea of personal relationships, or “guanxi”. 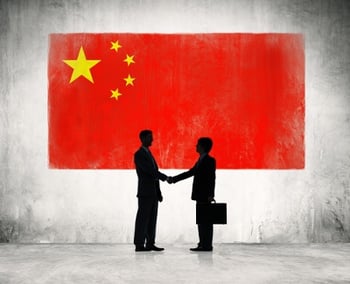 But I came across an op-ed article this week that made me rethink everything I thought I knew about the importance of personal relationships in Chinese business dealings.

The author recounts a scenario where a U.S. executive relocated to China to improve performance of suppliers there. The executive took some Mandarin lessons and a cross-cultural business course but soon failed to turn the situation with his suppliers around. The lesson is that the executive failed because he put too much emphasis on guanxi.

According to a study of guanxi and operational performance, a person’s professional network is merely correlated to business success in China. In fact, the competitive advantage relationships offer is not unique to China. The author points to the U.S. and Western Europe as examples where having a strong social network also offers a business edge.

What most foreigners may be missing about guanxi

The article includes some interesting key takeaways to help navigate China’s complex relationship environment. Here are three aspects of guanxi to understand for success in China:

Do you work with Chinese suppliers? How have your relationships helped or hurt your success? Share your experience in the comments section below!

How A Better Understanding Of Guanxi Can Improve Your Business In China – Michael C. Wenderoth, Forbes