When Should You Combine SKUs for Product Inspection?

Imagine that you’re manufacturing 1,200 promotional baseball caps for the New York Yankees, the Boston Red Sox, the Los Angeles Angels and the Chicago Cubs. You want to have final inspection carried out on the order before it ships. But you don’t want inspection to cost you an arm and a leg. Should you merge SKUs for product inspection or keep them separate?

A commonly used method to simplify QC and lower its cost to you, the buyer, is to combine SKUs for product inspection. Before we get into detail about what it means to combine SKUs, let’s cover the basics.

What is an SKU?

An SKU is a “stock keeping unit”, a term often used in inventory management. In the manufacturing and quality control industry, SKUs are often referred to simply as items. SKUs are codes used by suppliers and buyers to track and identify product in inventory and units sold. SKU’s can also be applied to intangible services such as repair time or other billable units.

"In the manufacturing and quality control industry, SKUs are often referred to simply as items."

SKUs essential help you and your supplier track your product from manufacturing to shipment. Attributes that define an SKU could include:

How are SKUs used during product inspection?

An inspector’s ability to identify and link different SKUs to their corresponding products on the factory floor is vital. Multiple SKUs shown on a PO or packing list can differ for variations as simple as color or size. Or they could be completely different items altogether. 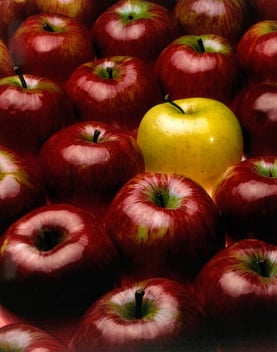 And a single PO could have few or many different SKUs.

A product inspector needs to know which SKUs match which products in order to know which SKUs to inspect, the sample size required and what the inspection criteria to apply. One or more of the following could happen if an inspector isn’t able to connect SKUs to the products he’s inspecting:

The bottom line for you as the buyer is that you might have just wasted money on an invalid inspection. You may need to have the order inspected again, or worse, you might unknowingly give approval to ship goods that do NOT meet your standards.

What does it mean to combine SKUs during product inspection?

SKUs for different products are typically inspected separately. This means they may be inspected during the same service day, but a distinctly separate random sample would be pulled of each. If SKUs in an order are similar enough, an inspector will 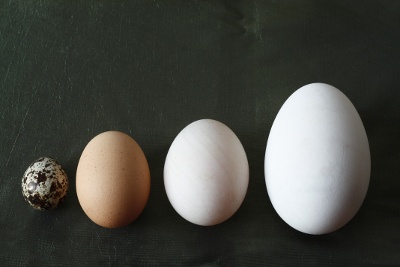 often pull a larger random sample of two or more similar SKUs and inspect them together.

The risk of combining SKUs is that you’re lowering the average number of units inspected per SKU. This means you’ll be inspecting fewer units per SKU on average than you would have if inspecting them separately. This also means there is a smaller inspection scope and a greater risk that defects or other issues will go undetected.

"The risk of combining SKUs is that you’re lowering the average number of units inspected per SKU."

Keep this in mind. And make sure that any third-party inspection company you hire gives you a detailed quote for inspection showing sample sizes per SKU.

Should you combine SKUs during product inspection?

Now let’s return to your order of baseball caps. You have four different SKUs, each SKU representing a different team’s cap. Should you combine SKUs during product inspection for this order?

Since the caps vary only in color and the stitching of the team logo on the front, yes, you can probably safely combine these four SKUs and inspect them in one larger sample. Combining SKUs in this case will save your inspector time, which will lower your inspection cost.

The situation would be different if some of the caps on your PO have sewn logos and others have screen-printed logos. Because there are two different production processes involved here, depending on the SKU being inspected, you probably have different inspection criteria for these, such as printing adhesion testing required for those caps with a printed logo.

Combining SKUs during product inspection is especially discouraged if you’re encountering issues with one particular SKU or another. Let’s say you’ve seen a lot of product returns from customers that bought the Chicago Cubs caps from. This particular cap is affected by a quality defect – poor stitching – much more than other SKUs. So you probably do NOT want to combine this SKU with the others but inspect a random sample of it independently instead.

"Combining SKUs is especially discouraged if you’re encountering issues with one particular SKU."

If you combine SKUs during product inspection, you will typically see lower inspection costs and faster reporting. But that doesn’t mean combining SKUs is always the best move for assuring the quality and standards of your product. What you gain in short-term cost reductions could come back to bite you if one SKU is quite different from the others.

Overlooking this detail of the inspection process has the potential to either:

So make sure that you’re clear on whether the SKUs in your order will be combined and inspected together or kept separately. If you’re working with a third-party inspection company, make sure you both know how many units per SKU will be inspected before the service day.

Don’t miss the manufacturing podcast episode that covers this article!