Each Sunday, we publish a list of top articles and other content related to manufacturing in areas like quality control, product development, supply chain management, sourcing, auditing and law.

Asian manufacturing hubs are already struggling under the tensions of the U.S.-China trade war. But now, a dispute between Japan and South Korea might make things worse. 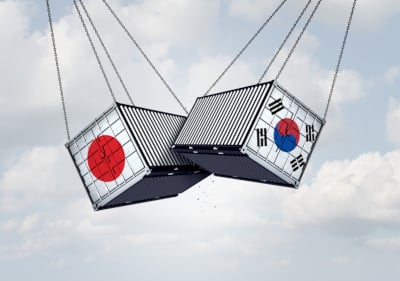 In response, Japan has tightened its exports of high-tech chemical materials used in smartphone displays and chips to South Korea. Japanese and South Korean companies on both sides of the supply chain will bear the impact of the dispute.

If supply constraints arise in South Korean memory chip production, the price of memory components could significantly increase due to the inability of the other memory suppliers to meet global demand.

Japan cuts supply of semiconductor chemicals to its neighbor

Japan’s escalation of the dispute is a big blow to South Korea’s smartphone manufacturing industry. Here’s how the dispute has arisen so far:

Japanese exporters must now seek government permission each time they want to ship any of the three restricted chemicals to South Korea—a process that takes about 90 days.

The restricted materials are crucial components for memory chips, microprocessors and integrated circuits. South Korea relies on these chemicals to manufacture semiconductors and display screens.

Japan’s decision to remove South Korea from its whitelist won’t go into effect until August 28th. But once effective, South Korean companies will have to seek individual approval for shipments of 1,120 strategic items from Japan. And Japanese exporters will face more paperwork and on-site inspections before they can secure permits for exporting to South Korea.

Trade barriers are a lose-lose battle for the electronics industry

This trade dispute is bad news for the electronics industries in South Korea and Japan.

South Korean manufacturers have limited choices for sourcing key materials outside of Japan. Japan produces around 90 percent of the world's fluorinated polyimide and resists, as well as 70 percent of the world’s hydrogen fluoride. The sudden shortfall in supplies may lead to quality issues as companies seek alternatives.

South Korea is an important export market for Japan. The producers of materials used in manufacturing of semiconductor devices will struggle to find new buyers.

Compared to the U.S.-China trade war, economists “do not expect [Japan-South Korea] trade tensions to escalate to such an extent that businesses are severely affected”.

Many companies have stockpiled inventory to offset restrictions in the short term. But South Korean President Moon Jae-in has already warned South Korean companies to prepare for a “prolonged” dispute.

Follow the link below to learn more about how the Japan-South Korea dispute is affecting the electronics industry.

The Japan-South Korea dispute could push up the price of your next smartphone – Yen Nee Lee, CNBC 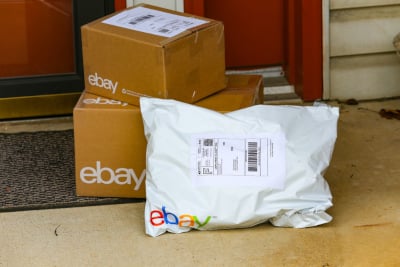 $100 billion a year on the platform. That may sound like a lot, but Amazon now boasts three times more sales.

For a long time, eBay took a hands-off approach to order fulfillment and left package delivery up to its sellers.

But customers now pay more attention to the speed and quality of delivery when shopping online. Many consumers have complained over the years about late deliveries and broken packages on eBay’s platform.

As a solution, eBay is now launching its Managed Delivery Program to optimize end-to-end fulfillment.

eBay sellers deliver about 1.5 million packages in the U.S. daily. Rather than launch their own warehouse network, eBay aims to use this collective volume to earn discounts from logistics partners for warehouse space, packing and delivery.

With a cheaper service, eBay also plans to win back some of its sellers who are currently using Fulfillment by Amazon (FBA). The new program will launch in 2020.

The new service will likely appeal to mid-sized sellers who want to outsource their delivery operations from their home to a warehouse. David DiBartolomeo, an eBay seller working out of his home who participated in the program’s trial, says that his sales have already increased 35 percent with the program.

Sellers can benefit in many ways from this new Managed Delivery Program:

Also, eBay will shift the responsibility for products lost or damaged in shipping from its sellers onto itself.

We’re offering our millions of sellers a value proposition no one else can. We’ll rapidly win market share overseeing delivery of our own orders.

Offering cheaper delivery services while keeping costs within budget isn’t easy. And Amazon has now found itself over budget for its one-day Prime shipping service.

Amazon recently revealed that transitioning its Prime shipping time from two days to one has cost more than the expected $800 million. Amazon’s CFO Brian Olsavsky​ said the company will “digest” the expenses and proceed towards its goal:

We expect we'll be working through that for a number of quarters, but when the dust settles, we will regain our cost efficiency over time.

Amazon says the increase in expenses is mainly caused by three adjustments:

Olsavky says the company will continue to add carriers and delivery partners to expand its capabilities. But eBay’s new program could cause further losses for Amazon.

Follow the link below to learn more about eBay’s new Managed Delivery Program. 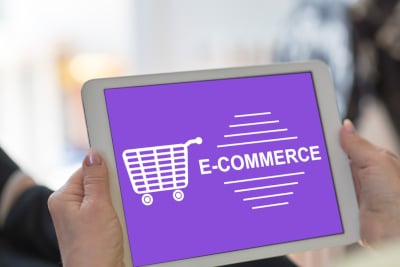 “Made in China” used to be synonymous with counterfeit goods. Counterfeits had damaged Chinese ecommerce platforms’ reputations and hurt consumers’ confidence in buying Chinese goods.

But China announced new ecommerce laws and policies to punish counterfeit manufacturers in 2018. And now it seems that Chinese counterfeits might be a more serious problem in the U.S. than in China itself.

A recent U.S. House Judiciary Committee hearing revealed that U.S. ecommerce sites and the U.S. Patent and Trademark Office (USPTO) are performing poorly in purging counterfeits online. Members of the Subcommittee on Courts, Intellectual Property, and the Internet expressed concern at the hearing over the rise in Chinese fraudulent trademark applications in the U.S.

We learned Alibaba’s anti-counterfeiting policies and programs are significantly more effective than any of their U.S. counterparts. I find it shocking U.S. platforms are so far behind.

The USPTO has struggled to verify trademark claims in recent years due to an overwhelming increase in Chinese trademark applications.

Due to this overstretching of the USPTO’s resources, it’s become easier for counterfeit Chinese products to enter U.S. ecommerce marketplaces. Attendees at the hearing called out the USPTO for their lack of authority in revoking fraudulent registrations after they’re issued.

The USPTO can only revoke registrations before they are issued. Once a registration has been granted, the USPTO relies on third parties to challenge registrations via cancellation or opposition proceedings.

Appealing a fraudulent trademark can cost anywhere from $95,000 to $500,000. Many small companies can’t afford such an expense, preventing them from challenging registrations.

Jeanne Fromer, a professor at the New York University School of Law, urged the office to improve its rules for auditing registrations:

Many small businesses will throw up their hands and give up. The USPTO should have authority to take more initiative to audit crowded parts of the register.

The USPTO has reformed their policies in recent years to reduce fraudulent applications. Foreign applicants must now be represented by a U.S. licensed attorney to file and prosecute its U.S. application, for instance.

But the hearing revealed the office still needs to reform its operations further to deal with the influx of Chinese applications.

Once counterfeit goods reach online platforms, both the platform operators and the USPTO have struggled to remove goods before sale.

Representative Martha Roby (R-AL) said at the hearing that 20 of 47 phone chargers purchased by the Government Accountability Office from third-party sellers online were counterfeit. She also said some of the defective chargers could catch fire or electrocute consumers.

I know that Amazon, eBay and Walmart are listening. We cannot hide from this discussion. I need them to be part of these discussions at the table. The way you solve problems is not by avoidance but by actually taking the issues on.

In comparison, Alibaba claims it removed 97 percent of counterfeit listings on its site before any sales took place in 2017. And Alibaba announced earlier this year it will link its Intellectual Property Protection Platform to China’s Internet Courts using blockchain technology, empowering stronger litigation.

Follow the link below to learn more about how U.S. ecommerce platforms and the USPTO are struggling to address Chinese counterfeit goods.