This week on Best in Manufacturing, look back on the Tianjin explosions of 2015, learn about reshoring troubles in the U.S., comparing India and Vietnam, worker abuse in Ivanka Trump's supply chain & business potential in China's Guangxi province!

Around two years ago, China experienced a tragic and destructive case of supply chain mismanagement. Heaps of volatile chemicals were haphazardly thrown together, resulting in a massive explosion and an official death count of 173 innocent people.

The blast was gigantic and could be heard from miles around. Were this eruption of chemicals and fire to take place in a secluded industrial park, the damage might’ve been less severe. But as the video below demonstrates, people were able to see, within frightening proximity, just how close to their homes the explosion took place.

As the featured article points out, the Tianjin explosion represents a problem with development in China. Factories that once dotted the outskirts of cities have quickly found themselves surrounded by suburbs full of schools, hospitals and other population-dense locations. These new neighbors might not be aware of the nearby danger, but the pace of urbanization has pushed them next to industrial facilities regardless. 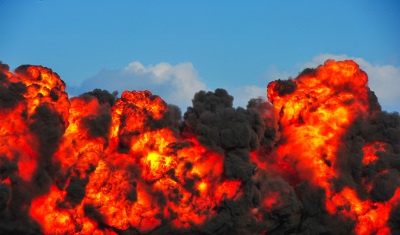 Before potentially hazardous factories in Tianjin (and many other provinces of China) relocate to less densely populated areas, they might still pose a threat to local residents. And this transitional period is crucial. It’s exactly when audits need to take place to ensure that another catastrophe of Tianjin proportions doesn’t take place and to make sure supply chains, and more importantly the people nearby industrial zones, aren’t damaged for life.

To learn more about urbanization, factories and environmental problems in China, check out the full article in the link below:

Too Fast, Too Soon: How China's Growth Led to the Tianjin Disaster – John Woodside, Si Chen, Xuwenjuan and Liuhuilan, The Guardian

2. Lessons from Vietnam to India for electronics

It almost goes without saying that India is a much bigger country than Vietnam. Let’s look at some numbers (courtesy of the CIA World Factbook):

But what’s the reason for the major difference? The simple answer: foreign investment.

As the article reports,

Companies with some serious electronics producing capabilities, like Samsung and Intel, have operations in Vietnam and are clearly major contributors to its hi-tech capabilities. They’ve been enticed by favorable tax and land advantages, among others. With appealing government policies in place, electronics manufacturing has boomed in Vietnam. And if India follows this lesson, the industry might blossom there as well.

To learn about the success of Vietnam’s electronics industry and its lessons for India (and other countries), check out the full article in the link below:

Make-in-India Lessons: Why Are Vietnam’s Electronics Exports Ten Times That of India’s? – Sharmila Kantha, The Wire

You might love the way a designer handbag or wallet looks. It’s 100 percent your style and you’re on the cusp of buying it. But would you be so keen to do so if you knew it was made by abused workers in a foreign country?

The focus of this featured article is on Ivanka Trump’s brand and several labor rights investigators from the organization China Labor Watch (CLW). As they started to investigate Ivanka’s factories, two went missing and one was detained. They were worried that there might be potential worker mistreatment at one of Ivanka Trump’s factories. 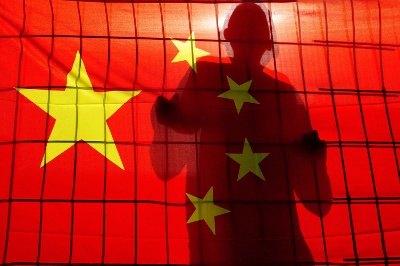 As the article mentions, other major companies identified by CLW, like Apple, Disney and Walmart, have been found to violate labor laws and perpetuate labor abuse in the past. And the abuses carried out by small and major companies alike resulted in around 5,000 worker protests in China from 2015-2016. In the pursuit of these numbers and the stories behind them, sometimes activists and members of non-governmental organizations are detained or punished in some other way.

While not every brand has the political clout and size to recover like Ivanka’s brand, this incident is a pressing reminder of how brands can suffer from negative publicity. But even more so, it’s a lesson in the importance of ensuring workers are treated fairly, or else risk media backlash, strikes and potentially lost orders.

To learn more about Ivanka Trump’s and other international companies’ brands coming under fire for alleged worker abuse, check out the full article in the link below:

China is a huge country with a population of around 1,373,541,278 people and a total area of about 9,596,960 sq km. And while there are countless commercial opportunities throughout the vast country, sometimes it can be hard to determine which ones are best.

But thanks to the work of the bright minds at HKTDC Research, some of those opportunities in China might be a little more apparent. Guangxi Province, in particular, stands poised to grow significantly as a location for processing trade.

A few key considerations of Guangxi’s potential include:

Many people think of Beijing, Shanghai, Hong Kong and Shenzhen as the most lucrative places for business. And those feelings are well placed. But a new runner up just might be anywhere in Guangxi, at least for savvy business men and women that can make use of the developments there.

To learn more about Guangxi’s potential, check out the full article in the link below:

5. Trouble with reshoring to the United States

Calls to “buy American” are typically met well by U.S. consumers, at least at first. The prospect of buying domestically made products almost always sounds appealing because that means you’re supporting domestic businesses and employment. But sometimes consumers forget the reasons for, and advantages of, sourcing from abroad.

In the case of Bollman Hat Co., those advantages are fairly obvious. The company used to spend around $2.60 in China an hour per worker, versus $11 in the U.S. The workers in China, since they’d specialized in making hats, made more of them. They were more efficient, at least for the time-being. 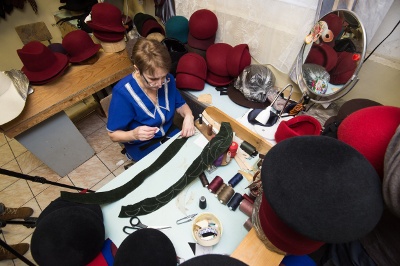 Differences in labor costs and efficiency eventually have an effect somewhere, and that’s typically on the final cost of the item. While some reports say that consumers are willing to pay more for “Made in the USA” goods and others say the opposite, one point is clear:  prices will almost certainly go up. And that doesn’t necessarily mean everyone will be happy to pay more or be content with the increase.

Bollman’s reason for moving production back to the U.S. is to rapidly respond to trends and get products to market faster. While that’s a definite advantage as compared to sourcing from abroad, the author of this featured article states that 97 percent of American clothes come from outside the country. That’s still a great deal of employment to reshore that’ll likely end up increasing consumers’ costs…and that’s all assuming that factories employ human workers, rather than automated robots, following the reshoring.

What do you think about reshoring efforts, whether in the United States or your home country? Let us know in the comments below.

To read more about reshoring efforts to America, check out the full article in the link below:

Move Hatmaking into a US Factory? Easier Said Than Done – Michael Rubinka, U.S. News and World Report via the Associated Press

Matthew Milasius is a Client Manager at InTouch and has been with the company since January 2016. He comes from the suburbs of Chicago, Illinois and loves fitness, snowboarding, and making electronic music.