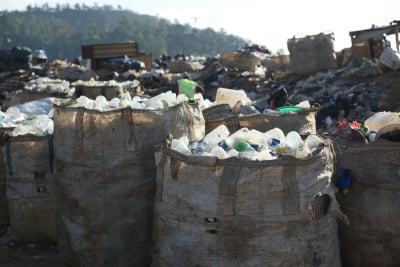 China had been accepting the world’s plastic trash for nearly two decades. But in order to protect its environment, China announced an import ban on “foreign garbage” in 2018.

Due to China’s ban, many scrap dealers rerouted exports to other developing countries in Southeast Asia. And Malaysia became the top destination for U.S. plastic waste.

Malaysia imported more than 192,000 metric tons of plastic waste in the first 10 months of 2018—a 132 percent jump from 2017, according to federal government data. But its existing recycling facilities haven’t been able to keep up, leading to the formation of many illegal recycling facilities.

I hate seeing my country as the dumpsite for the developed world ……You [the U.S.] have to mind your waste in your own backyard. Especially the non-recyclables.

Illegal “recyclers” in Malaysia are disposing of recyclable materials

Vincent Cheong, a supervisor of a legal recycling operation in Malaysia, has a simple explanation for the rise in illegal plastic recycling facilities: “rubbish is money”.

According to Malaysia’s Housing and Local Government Minister, Zuraida Kamaruddin, Malaysia’s plastic waste industry is worth an astonishing RM30 billion (approximately $7.2 billion). But now illegal plastic recycling plants that don’t have the license to import and process plastic waste are “digesting” the excess plastic waste.

Different waste has different value. Paper, tin and aluminum waste can be easily recycled into making new products. But some non-bottle mixed plastics can’t be easily recycled, as they are either too expensive or too difficult to recycle.

The Ecology Center in Berkeley, California tracked the GPS location of plastic exports from their facility and found that many of the recyclable plastics weren’t actually recycled abroad. Local environmental investigators in China and Malaysia found signs of the plastic dumped in ravines and waterways instead.

The smoke and the smell from the factories was too much for us to bear. Even in the middle of the night, there was no respite.

Malaysia’s path out from under the plastic waste dump

The government inspected 300 recycling plants just last month. The MESTECC says 148 of them were found in violation to the extent they were temporarily or permanently shut down.

Malaysia does have many legal plastic waste recycling plants. And the government plans to build more capacity to process rising plastic imports, as well as implement more rules to regulate the recyclers. Minster Yin said:

We have 400 legal plastic waste recycling factories in the country, but it does not mean they [all] are adhering to the law, so monitoring has to be conducted at least twice a year to ensure their continuous compliance.

Beware that waste you ship abroad might not be recycled and reused as you intended. How might you keep resources in use for as long as possible and create less overall plastic waste instead?

Follow the link below to learn more about the growing influx of plastic waste into Malaysia.

Amazon recently announced it will accelerate its free shipping options for Amazon Prime members from two-day to one-day shipping. 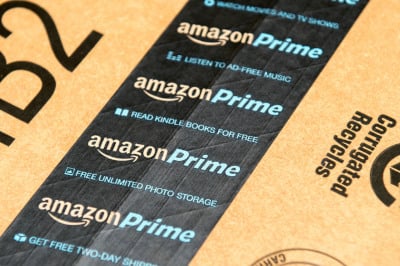 Amazon Prime is a paid service that Amazon offers to its account holders. For $119 dollars a year, customers can enjoy fast and free delivery, free online digital content and many other benefits.

Amazon will invest $800 million this year to achieve its one-day shipping goal. Amazon will spend the funds on improving warehouses and delivery infrastructure during the second quarter of this year.

Amazon Prime’s two-day shipping service has become a golden standard in the ecommerce industry since its inception back in 2005.

How can one-day shipping change the game?

Amazon raised the price of an annual Prime membership in 2018 from $99 to $119, and the monthly membership from $10.99 to $12.99. With a price increase comes the inevitable question of whether the service’s value still matches its price tag.

With the boom in online shopping over the past decade, customers have much more choices for where to shop online than ever before. Free two-day shipping used to be an edge, but consumers' expectations have officially been reset. Customers are expecting faster ways to get their products.

Amazon calculates shipping time from the time they ship the order, not from when the customer places an order online. This policy has caused confusion among Amazon Prime subscribers who expect their shipments faster.

We've already started down this path. We've, in the past months, significantly expanded our one-day eligible selection and also expanded the number of zip codes eligible for one-day shipping.

Same-day delivery is the next frontier

But the next revolution of delivery might lie in same-day shipping, not one-day shipping. And brick-and-mortar retailers might have an upper hand in that fight.

One-day free shipping…without a membership fee. Now THAT would be groundbreaking. Stay tuned.

Brick-and-mortar retailing has returned to complement and support online retailing. Traditional retailers like Walmart and Target have their own advantages in one-day and same-day shipping—namely their extensive store network throughout the continental U.S.

These retailers can use their brick-and-mortar advantage to offer a buy-online-and-pickup-in-store service. Such services are particularly popular for perishable goods, like groceries, where product freshness is key.

…both retailers already have product stored within a short driving distance of the vast majority of the U.S. population in their respective 1,000’s of stores. Further, both retailers are offering not just delivery but various options for buy online pickup in store.

Retailers are already racing to come close to Amazon's shipping prices and speeds. Amazon’s upgrade will squeeze competition even further. Follow the link below to learn more about Amazon’s improvements to its Prime delivery service.

Fashion is a glamorous industry on the outside. But the blood and sweat behind this vast industry often goes unseen. The social and environment cost of fast fashion is far greater than we might think. 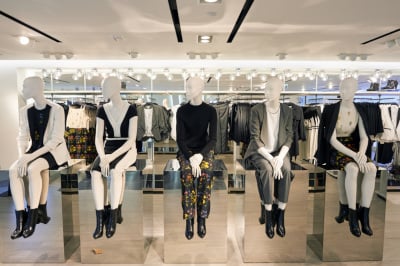 The essence of fashion is to get rid of the old and bring forth the new. Yet this veneer of beauty comes at the cost of huge energy consumption and waste, heavy pollution and unethical labor practices.

“Ethical fashion” is a term that has attracted interest among consumers in recent years. Ethical fashion mainly focuses on reducing the social and environmental impact of fashion in design, production, retail and purchasing.

Ethical fashion is a worthy and laudable goal. But this featured article suggests brands are treating the symptoms of a disease, rather than the disease itself, when it comes to ethical fashion. And the fast fashion business model is still the primary culprit for that disease.

According to a recent report from Human Rights Watch (HRW):

Fast fashion brands must continuously market new items to keep up with trends and cater to popular tastes. And in order to meet such high demand, something ultimately ends up being sacrificed—whether that’s social impact, environmental impact, cost or time.

For most brands, they prioritize manufacturing items cheaply and quickly. Brands are currently using every method available to lower their manufacturing costs and shorten turnaround times.

Many brands demand their suppliers maintain rights-respecting workplaces, but then incentivize them to do the opposite.

So to get more orders from brands, factories may exploit workers to meet their deadlines and price demands.

And buyers sometimes suddenly demand larger quantities or make other changes to an order when production is already underway. This leads to factory owners forcing staff to work overtime without extra pay to meet deadlines.

The business model means that consumers are buying clothing more often and disposing of it quicker. Believe it or not, the textile and apparel industry is the world's second largest polluter after the oil industry.

According to a report from Quantis, the apparel industry’s production impact on climate change increased 35 percent between 2005 and 2016. And the percentage is projected to steadily rise by 2020 and 2030.

Fabric dyes are one of several factors in the fashion industry’s pollution problem. In order to achieve rich colors and durability, manufacturers often prefer to use artificial dyes over natural ones. These artificial dyes require many chemicals that can be harmful to the environment.

Take manufacturing giant China as an example. A research report from China Water Risk shows that 72 toxic chemicals in China’s water originate solely from dyeing and 30 of these cannot be later removed from the water.

The demand for ethical fashion is growing. More consumers are questioning the social and environment cost of a garment during their purchasing process.

But Martin Buttle of the Ethical Trading Initiative (ETI) says the real responsibility lies with brands:

If you’re provided with a cheap garment, most people are just going to buy it without thinking about it… we shouldn’t put too much of the emphasis on the consumer to do the work for the brands.

Follow the link below to learn more about ethical problems in fast fashion industry.

Can cheap fashion ever be ethical? – Marc Bain, Quartz