Learn about how Malaysia's furniture sector benefits from the trade war, grassroots movement in Bangladesh and Shopify's robotics in this week's roundup.

Malaysia has a strong position in the global furniture market. The country exports 80 percent of its production and is among the top 10 largest furniture exporters in the world.

Recent U.S. tariffs on Chinese goods have given Malaysia’s furniture sector, which so far has been spared from tariffs, a major advantage.

Poh Huat Resources for instance, has guided for its sales to the US from its Malaysian operations to increase by another 30% in October 2019, after surging by a third in FY18.

Research points to Vietnam being a top choice for furniture manufacturing, given its competitive wages and other factors. But rising land and labor costs coupled with strained production capacity have made Malaysia and other neighboring countries attractive alternatives.

According to AmResearch’s estimation, furniture exports from Malaysia will grow 6.1 percent to $2.7 billion in 2019.

China has been the main furniture supplier to the U.S. for years, accounting for 48 percent of total furniture imports there. But the U.S. recently raised tariffs on furniture to 25 percent, a move Chinese furniture makers called said was a “death sentence” to them (related: Vietnam Signs EU Trade Deal Amid Trump’s Tariff Threat #2).

Some Chinese furniture companies only have a five percent net profit margin on exports. They have limited flexibility to adjust prices amid tariffs and “cannot afford a further price reduction”.

In contrast, Malaysian furniture manufacturers have more space to adjust their pricing according to the market. As a consequence, Malaysia’s furniture exports to the U.S. jumped 20.8 percent in the first five months of 2019.

The furniture industry has also been recognized as one of the main industries capable to drive the transformation of the manufacturing industry into one that champions Industrial 4.0.

How can Malaysian furniture manufacturers maintain their competitive edge?

Many Malaysian furniture manufacturers are also establishing themselves in Vietnam. But there are concerns about the potential U.S. tariffs on Vietnam, which could “completely erase the price advantage of Malaysian players in Vietnam over Chinese players.”

Foreign companies building factories in Malaysia represent another threat for local manufacturers there. According to AmResearch, foreign investors need only 18 months to build a factory, train staff and start production.

Boosting efficiency may be the only way for Malaysian manufacturers to maintain their advantage. Investing in automation is one potential way for manufacturers to counter rising labor costs.

Another suggestion offered is for Malaysian furniture manufacturers to enter into a genuine joint venture model with China. Malaysia could provide land, buildings, labor and local knowledge while China could bring in new technology and a broader international clientele.

Follow the link below to learn more about the Malaysian furniture sector benefiting from the trade war. 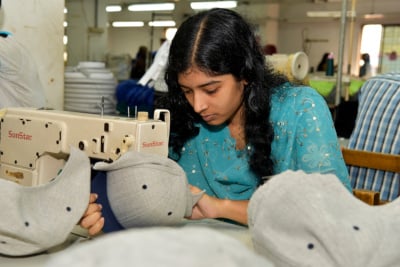 accounting for more than 84 percent of the country’s annual exports. And women and girls account for 85 percent of the total workforce in the industry.

The Bangladeshi government has been working to improve the infrastructure safety in factories since the 2013 Rana Plaza Collapse. But there’s been little focus on serious issues female workers face, such as violence and sexual harassment.

Sexual harassment is a deep problem in Bangladesh. An estimated 80 percent of female textile workers in Bangladesh either experience or witness sexual abuse or harassment at work. Yet few feel safe to report this abuse or seek justice.

Dolly Akhtar was one such case. She was sexually harassed by her male line manager when she was 16 and later decided she wanted to form a union to protect women like her.

Decades later, Akhtar now leads a grassroots movement to expose sexual harassment and assault in the industry and seek justice for victims. She and her movement have become a mainstay of working life for the women of Bangladesh’s textile industry.

Women have flocked to her for help ever since Akhtar became known for taking sexual harassment cases—women like 20-year-old Hafsa Begum.

Begum approached Akhtar for help after her line manager in a factory she worked in had sexually assaulted her. Akhtar was able to rally her contacts in the local police, and after hours of negotiation, the line manager in question was fired.

However, the problem didn’t stop there for Begum. She started receiving threatening phone calls and was forced to leave her family and move to a different part of the city.

These problems are not unique to Bangladesh but pervade much of the global garment and textile industry. Aruna Kashyap, senior counsel of the women’s rights division at Human Rights Watch, writes:

Their experiences are part of the global crisis of workplace sexual harassment, less visible in places like garment factories but no less important than the high-profile cases involving Hollywood, the media, and political figures.

The onus to improve working conditions falls on the brands

In 2009, the Bangladesh Supreme Court issued guidelines on sexual harassment. But no worker that Kashyap interviewed this year knew about them. There’s also no economic incentive to acknowledge or act on the sexual violence facing women in the industry.

To end the violence and exploitation, brands have to change the way they monitor their supply chains and begin to tackle the abuse female workers face.

Performing a social compliance audit at the facility is one way to investigate worker rights and curtail abuses. Many brands and retailers apply sourcing standards with requirements like those from internationally recognized SA8000 standards (related: 9 Requirements of an SA8000 Social Compliance Audit Checklist).

SA8000 is a benchmark standard for confirming legal and ethical manufacturing practices. Enforcing these standards through selective sourcing helps protect workers from discrimination, harassment or intimidation.

However, gender-based violence like sexual harassment typically isn’t visible to auditors on site at a factory. That’s why brands must do more to protect workers, such as insisting on collective bargaining rights and more formal hiring practices that grant workers protection against arbitrary dismissal.

Follow the link below to learn more about how female textile workers in Bangladesh are fighting against harassment.

3. Shopify is adding robotics to improve its fulfillment service 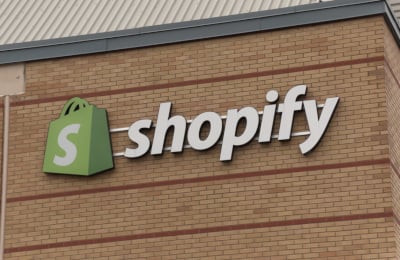 Shopify is one of the most popular ecommerce platforms in the world and continues to grow at a rapid pace. Shopify’s 2018 revenue increased 59 percent over 2017. And the company is working to develop their fulfillment service in an effort to maintain their mass scale.

In June, Shopify launched their own fulfillment network to improve their core offering for small and medium-sized business. The company also announced “Shopify Plus” to give their retailers greater control and wider visibility across multiple stores.

By joining Shopify, we're changing the game of fulfillment. Together, we will help thousands of businesses improve their fulfillment operations, with an easy-to-learn solution that can more than double productivity and improve accuracy.

Compared to other robots or automated solutions, cobots are simpler to implement, simpler to use and have simpler use cases. According to Shopify’s announcement, 6RS’s cobots will increase the speed and reliability of its warehouse operations.

Shopify’s fulfillment network now aims to cater to sellers who ship 10 to 10,000 packages a day.

The company also hopes to develop the platform further so sellers won’t need to switch from Shopify to a larger platform as their sales increase. Shopify will bring seven warehouses online in 2019 and invest $1 billion in its fulfillment network in the next five years.

Robotics is trending in fulfillment service

Amazon’s robots can work 24 hours to meet the standards of rapid package delivery. Each robot can lift 600 to 700 boxes per hour—about four to five times the rate of a manual human packer. The robots can also cut human cost. Amazon robots can replace at least 24 jobs at each location they're installed.

eBay also announced plans to launch a fulfillment service in 2020.

Smart fulfillment service is highly needed as more people buy more online. Robotics will no doubt play an increasingly central role in meeting that demand. More ecommerce retailers will implement robotics in their fulfillment solutions in the future.

Follow the link below to learn more about why Shopify acquired robotics startup 6 River Systems.