5 Electronic Product Recalls that QC Inspection Could Have Prevented

Have you seen the videos of smartphones & hoverboards catching fire? Skipping product inspection endangers both your customers and your brand's credibility. 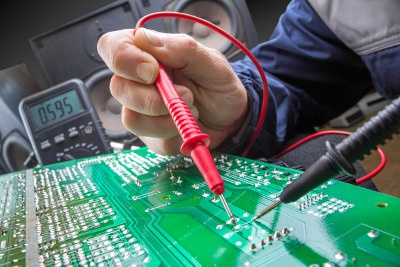 If you boarded a flight within the last six months, you might’ve heard an unusual preflight announcement—no Samsung Galaxy Note7 phones allowed onboard.

The U.S. Department of Transportation (DOT) banned all Samsung Galaxy Note7 devices on flights, following a massive product recall by Samsung late last year. The recall stemmed from quality problems that inconvenienced travelers and put consumers at risk—quality problems that QC inspection might have helped the company avoid.

Importers of consumer electronics often insist on pre-shipment inspection to confirm product safety and other requirements. Inspecting a shipment before it leaves the factory is one of the best ways to find any nonconformities or defects and address them to prevent a costly recall. It’s also one of the most effective methods importers use to manage product quality, helping them avoid any costly repairs or rework needed after the factory’s already shipped the goods (related: 4 Ways Importers Conduct Product Inspection [eBook]).

Let’s look at this and other major tech product recalls in recent news and see how the importer might have avoided them with QC inspection.

Last year Samsung announced they were recalling their popular smartphone model, the Galaxy Note7, following reports that batteries in the headsets were overheating and catching fire. This amounted to 2.5 million units recalled in total before the company discontinued its production. Samsung advised customers to turn off and exchange their Note7s, even offering a $100 credit to those that switch to another Samsung phone.

But the Korean tech giant, which currently owns the greatest share of the world’s smartphone market, may take some time to bounce back. The recall reversed a growth trend, pushing the company’s market share back to 2014 levels. And the Los Angeles Times reported that the recall cost Samsung at least $5.3 billion.

When inspecting mobile phones QC professionals tend to conduct a series of on-site tests and checks related to the product’s battery. Several such tests are relevant to the issue affecting Samsung’s Galaxy Note7s, including those for:

Inspectors use these tests to verify safety, function and performance of batteries in a wide range of consumer electronics. When importers want to ensure their batteries won’t overheat during normal use, they often conduct inspection to check. Samsung might have detected and corrected the overheating issue with their Note7 had they adequately tested the lithium ion batteries during product inspection.

McDonald’s released a limited edition, Happy Meal toy called the Step-It activity wristband last August. The product is a plastic pedometer that measures steps and has lights that blink at different speeds, depending on the pace of the person wearing it.

The company issued a voluntary recall of the product less than two weeks after its release when users reported skin irritation and burning.

According to the U.S. Consumer Product Safety Commission (CPSC), McDonald’s received at least 70 reports of skin irritation and seven reports of blisters from customers that wore the bands. One person, whose child was burned after wearing the fitness band for just eight minutes, shared her complaint in a Facebook post that was shared 100,000 times.

Where inspection could have prevented the McDonald’s recall

McDonald’s insists that the fitness bands underwent testing by a CPSC-accredited, third-party lab, which found the product complied with all state and federal requirements. And lab testing is an essential part of quality control for certain products. But McDonald’s might have been able to prvent the issues cited in the recall by conducting less technical tests during product inspection.

Namely, most thorough inspections typically include some kind of real-world function testing. During this testing, QC staff use the product as the consumer would normally and check for abnormalities. Had inspectors worn the wristband and used it for 5-10 minutes, they might have discovered the problems related to skin irritation and burning.

It’s unknown how many of the 33 million units McDonald’s recalled were defective. Perhaps the company would need to test a relatively large sample size to uncover the issues. But product inspections are designed to include testing with these potential hazards in mind. And McDonald’s could have avoided the recall and its related costs by testing these defective units.

Fire and burn hazards prompted Chinese electrical appliance company Midea to issue a recall of 3.4 million home dehumidifiers last November. According to the CPSC, the company received 38 reports of smoke and fire resulting in about $4.8 million in property damage. Overheating is a fairly common problem among defective dehumidifiers, with at least 121 fires prompting separate CPCS recalls in recent years. 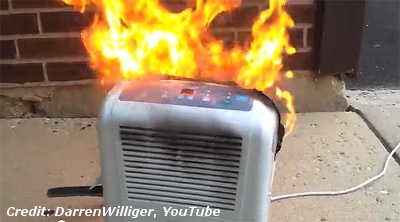 The difference is that Midea’s dehumidifiers aren’t battery operated. Overheating in appliances like dehumidifiers is often caused by one of two factors:

QC inspection aims to verify different aspects of manufacturing for appliances to ensure the product is not at risk of overheating. Inspectors often confirm the size and material of electrical components, such as circuit boards, wires and insulators. They also typically look to ensure the product has parts with the proper rating for voltage, current and temperature for safe function. These checks, considered routine for consumer electronics, might have prevented the Midea recalls.

Last summer, 10 manufacturers, distributors and retailers issued a recall of more than 500,000 hoverboards. The recalls were motivated by about 99 reports of battery-related problems resulting in injury and more than $2 million in property damage in the U.S. Underwriters Laboratories (UL) created a new testing protocol for hoverboard safety several months prior, just before the U.S government deemed hoverboards unsafe. 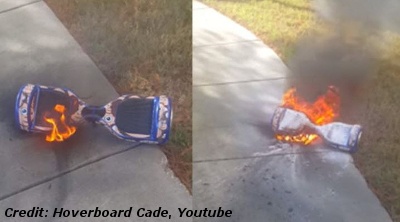 The CPSC wasn’t able to replicate reports of the products’ lithium ion battery catching fire during their own hoverboard testing. But they said the batteries were overheating and causing certain components to melt.

Much like Samsung’s Note7s, lithium ion batteries powered the recalled hoverboards. And just as in Samsung’s case, the manufacturers likely would have found and been able to address the quality problem with proper inspection of the product and its battery. Manufacturers of consumer electronics often apply battery charge and discharge, performance and endurance testing to verify the safety of their batteries.

The fact that the CPSC was able to replicate clear cases of overheating by testing a sample of hoverboards shows that inspection and testing could have prevented this recall.

GoPro, a publicly-traded tech company, recalled 2,500 units of their much-anticipated, camera-equipped drone early last November. This may seem like a small-scale problem, given the quantity involved. But the recall came after the company announced they had fallen short of quarterly earnings expectations by 23 percent and had planned to bounce back with holiday sales following the product launch. And in the aftermath of the recall, GoPro was forced to lay off 200 employees, 15 percent of their workforce.

What kind of defect could’ve prompted such a consequential product recall? A loose battery. That’s right. The product’s battery sometimes backed out a couple millimeters from its housing, resulting in power failure. And because the battery wasn’t well secured in the product, a product recall just weeks after launch caused stock prices to fall 8 percent.

The simplicity of the quality problem is not to undermine its repercussions. GoPro had no reasonable choice but to recall the drones. Drones are electrical devices with moving parts and are meant to fly at altitudes of hundreds of feet or higher. When a drone suddenly loses power, it drops from the sky, posing a safety hazard to anyone nearby on the ground. If the company had continued to sell their product, they could have ended up much worse and possibly been held liable for damages caused by the drones. 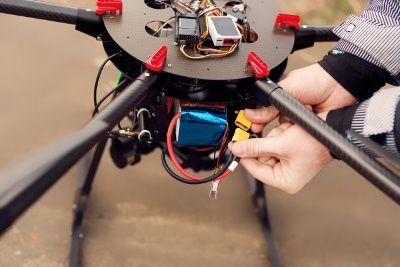 But despite their wise decision to pull their product from store shelves, GoPro could’ve prevented the recall entirely with a thorough product inspection. Checking product parts to ensure they’re securely fastened is a basic process of inspection. I’ve seen a case where a tablet PC importer needed inspectors to shake the product a bit to verify the screen wouldn’t fall out.

Similarly, as is relevant for most products with moving parts, checking to ensure batteries and other components don’t loosen during operation is a common procedure during inspection. And GoPro likely could’ve prevented their recall by adequately inspecting the product to check for loose components.

QC inspection may not be sufficient to address all of your product quality concerns. Some product specifications and requirements can only be checked by testing in a controlled environment by a certified lab.

But pre-shipment inspection is not only a standard practice for most products, including consumer electronics. For many importers, inspection is a necessity. It helps them ensure their product will meet their expectations when it arrives at its destination. It helps them prevent costly repairs and product rework often required when issues aren’t caught before shipping. And it helps them avoid having to tell their customers, and the general public, that their product isn’t safe—in essence, a product recall.

How has product inspection helped you avoid a product recall? Share in the comments below!