Rework sometimes comes at a considerable cost, can delay shipping and can even create more defects than it fixes. But sometimes it can also fix minor, major, or critical defects affecting your order. The final decision to rework or not depends on your situation and ultimately rests in your hands. 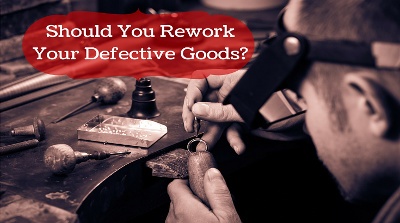 Whether you’re a novice importer or an experienced one, you’ve probably felt a palpable sense of anticipation, excitement and anxiety that comes with an approaching shipping date. And discovering that your goods have unacceptable quality defects can really make your heart sink (related: How Experienced Importers Limit Product Defects in 3 Stages [eBook]).

You may have encountered defects in such number or severity that the order is unsellable, and you resort to destroying the whole batch. But chances are you’ll consider product rework before anything else.

Deciding whether or not to ask your supplier to rework defective products is not as easy as you might think. There are several factors you’ll want to consider beforehand. To that end, here are three vital questions you should ask yourself before considering product rework:

1. What will be the cost of product rework?

One of the most important factors you should consider before asking your supplier to rework defective products is cost. Many importers want to hold their supplier accountable for shoddy workmanship. But fewer importers recognize the factory’s cost to carry out the rework they’re demanding.

Imagine importing an order of 3,500 promotional t-shirts. Inspection reveals a common garment defect, puckering, affecting the neckline of 30 percent of the inspected sample size. Reworking this kind of defect and completely fixing the issue would require the factory to first remove stitching and then sew the seam of the neckline again. The main cost to the factory here is time, which may be excessive when you consider that:

But let’s say the issue with your t-shirts is a simpler issue, such as untrimmed threads. Factory staff can fix this problem relatively quickly, just by trimming the excess material. This would be a faster process, as well as being less invasive. This is important because the factory can allocate fewer workers for less time to rework. And they probably won’t need to rush, which means there’s less chance of more quality issues

Rework can be expensive, especially when the value of an order is relatively low. A classic example that demonstrates rework costs is defects in injection molded products. If you’ve ever taken a close look at a product made by injection molding, you’ve probably noticed the visible seam remaining from where two pieces of the mold met during the process.

Flash is a fairly common defect that can affect molded parts and appears as excess material on the product, often forming at the seam of the product. Importers often ask the supplier to carry out rework to remove the flash. Instead of replacing the faulty mold itself, which can cost thousands of dollars, factories will often simply trim the flash from the finished goods.

Of course, this method of addressing the defect is corrective, rather than preventative. It also takes the factory more time in the long run to manually trim flash from every piece in an order.

Consider the cost to the factory, both financially and in terms of time needed, before requesting product rework. There are often several available options to addressing any given quality problem, and you’ll find some are more reasonable than others (related: 3 Keys to Addressing Product Quality Issues with Your Supplier).

2. Will rework interfere with shipping deadlines?

Many importers find themselves in a balancing act as they try to remedy issues found during product inspection before their ex-factory date. Their customers are expecting a certain level of quality AND to receive the goods by a certain date. You may find yourself in the position of needing to skip rework in favor of meeting an agreed upon shipping deadline.

Ensuring that defective goods are reworked while still meeting your deadlines can be especially difficult if your supplier uses sub-suppliers for manufacturing different parts of the product. Your immediate supplier may be unable to fix any issues with parts sourced from sub-suppliers.

For example, let’s say there’s a problem with the wristband of a watch that you’re importing. The wristband is produced at a factory other than the one that assembles and packages the finished watches. This likely means that the factory making that part will have to correct the related issue. And the supplier will need more time to coordinate rework, which can lead to shipping delays.

"Rework is complicated when a #factory uses sub-suppliers"

Another factor that can complicate product rework is holidays. Factories typically stop production during national holidays, such as the Lunar New Year observed in China

and Vietnam. Some may even be understaffed in the weeks following the holiday. Without proper planning this temporary slowdown can impact your shipping deadline even if you don’t require rework on an order.

If you’re working on a tight shipping schedule and can’t afford delays, consider the timing of any upcoming holidays. Will factory closures affect your ability to rework the goods in time to meet the ex-factory date? If you’re unsure, ask your supplier if the defective goods can be reworked without delaying shipping. Sometimes meeting a shipping deadline is more important than fixing a minor defect your customers aren’t likely to complain about.

This is one of most important questions to ask before requesting that a supplier rework defective goods. Unfortunately, it’s also probably the most commonly overlooked.

Many importers ask for defects to be reworked without first considering the possible negative side effects that might occur in the process from trying to fix them. This is because product rework usually requires additional handling of the goods by production staff. Often it’s the handling of the product which caused the quality defects in the first place!

Let’s return to the injection molding example from earlier. You have an order of 10,000 ceramic kitchen knives that’s partially finished and packaged. Inspection has just identified flash on the rubber handle of 10 percent of them. Do you ask the supplier to rework the defective knives?

Even though the goods would need to be unpacked to be reworked, you’ve given yourself enough lead time that shipping delays won’t be an issue. And you know that manually trimming the flash from the affected knives will not take much time and won’t be expensive for the factory. The problem lies in the added handling. 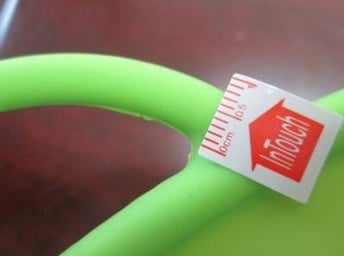 Workers would need to remove some of the goods from their packaging. Since the knives are sealed in plastic blister packs, it’ll take some aggressive cutting to free them from the packaging. The workers will also be taking a blade to the product itself to remove the excess material from the handle. In both processes, the product is vulnerable to further defects. Scuffs, scratches, chips and dirt marks are all possible defects that could arise from rework.

You’ll need to weigh the benefits of product rework versus the potential new defects that might result when deciding how to address quality issues. It’s not always an easy judgment call to make. But once you have experience with a particular product and supplier, you’ll have a much better idea of the risk that added handling presents.

"Product rework can cause even more #defects"

While many importers are tempted to jump on product rework as an immediate solution to quality problems, it’s not always the best option. Rework sometimes comes at a considerable cost, can delay shipping and can even create more defects than it fixes.

Bear in mind that the presence of many defects in an order can be the symptom of a greater problem. It suggests a lack of attention to detail or could point to a more serious issue with machinery or tooling used in the production process.

It’s useful to directly address the causes of the defects with the factory. This approach can give you a better understanding of how the issues can be fixed, or better still, prevented in future. Factory managers might also appreciate you pointing out the defects because doing so can help them improve the overall quality of their operation.

And if you'd prefer to listen to this topic instead, check out the manufacturing podcast on this subject!

Interested in other ways to address quality defects besides product rework? Check out our eBook below!