ANSI ASQ Z1.4 is the industry standard for AQL sampling. But you should always consider your budget, product, lead time & customers in considering alternatives. 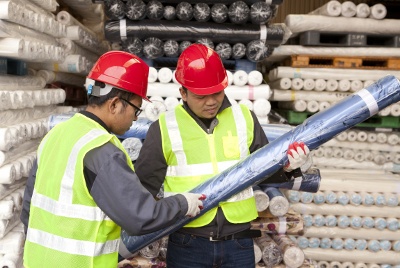 Is ANSI ASQ Z1.4 the best AQL standard for most importers? Have you considered what other standards are available for inspecting your products with AQL sampling?

Acceptable quality level (AQL) sampling is one of the most effective and mainstream systems importers use for QC inspection of their products (related: The Importer’s Guide to Managing Product Quality with AQL [eBook]). Unlike 100-percent inspection, AQL sampling allows importers to get a sense of the average quality of an entire shipment of goods by inspecting a smaller, random portion of the lot.

And rather than inspecting an arbitrary sample of a lot, such as 10 or 20 percent, sampling with AQL yields results based on statistics, from which importers can make more informed decisions about accepting or rejecting the goods. While certain situations call for inspecting every unit due to the high value of the goods or safety risks presented by defects, it’s usually excessive. Inspection of a sample based on AQL standards is more efficient, while still yielding reliable results at a lower cost (related: Why QC Professionals Use AQL Sampling for Product Inspection).

Among the most popular AQL standards and that which more importers are likely to be familiar with is ANSI ASQ Z1.4. But this standard isn’t the only one of its kind that QC professionals have used throughout the years. There are other standards and acceptance sampling plans that favor certain types of products and situations. Let’s explore these and discover why you may want to use one over the other for your product inspections.

When discussing AQLs, we’re referring to the customer or importer’s tolerance for quality defects. Other QC professionals may use another term to indicate quality level—lot tolerance proportion defective (LTPD), or the worst level of quality the customer will tolerate. LTPD sampling plans are separate from AQL and incompatible with AQL sampling plans.

Sampling plans vary by the method and number of samples drawn, allowing importers to choose a plan that fits their quality tolerance and required level of assurance. Let’s compare the common sampling plans available to you. When choosing a sampling plan, importers should balance their customers’ expectations with internal budget and time constraints.

Single-sampling plans are based on the results of one random sample. The sample size is fixed and determined by a combination of the chosen AQL, desired inspection level and the total order quantity. You decide to accept or reject an order based on how many defects you find when inspecting this one fixed sample.

In double-sampling plans, the inspector begins with two sample sizes, each with a unique accept and reject point for the order. The difference between the accept point and reject point is greater than 1 defect, allowing for a range of quantities of defects in between. And unlike single sampling, wherein the result of inspecting one sample immediately reveals an AQL result of “pass” or “fail”, one of three possible outcomes can occur when using doubling sampling: 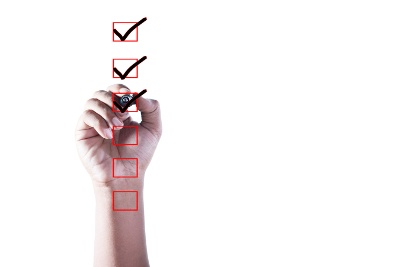 But if you require a second sample size to make a decision, then double-sampling can end up costing you more than single-sampling.

Multiple-sampling plans use the same process as double-sampling plans, but use up to 7 samples to reach a conclusion. The main advantage of this plan is that the sample sizes for the early rounds of inspection are relatively small. But if the inspection requires several rounds, multiple sampling can become a complicated and more costly option than single or double sampling.

Unlike single, double and multiple-sampling plans, the sample size for sequential-sampling plans isn’t fixed. Rather, you’d typically inspect a sample of 1 unit at a time, sometimes called item-by-item sequential sampling, with no set number of items to check. For each item checked, you continue inspecting samples until you’re confident in your conclusion to accept or reject the order, based on the cumulative results. Inspectors continue sampling until they reach a confident result.

The advantage of this sampling plan is that if there is one defect over a large portion of an order, inspectors might find it very quickly, reducing the sample size needed and often saving the importer money. But sequential sampling is non-probabilistic, meaning that conclusions aren’t based on statistics and can be less reliable than other sampling plans.

In attribute sampling, attributes are defined as a characteristic of an item. For instance, the color, the height and width of an item are all attributes of that item. 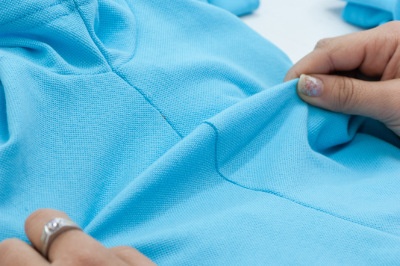 Attribute sampling classifies items as defective or non-defective using multiple defects within the same plan and no matter what the attribute is. This allows you to easily separate units with defects from those without.

One the first known sampling standards using AQL is MIL-STD-105, developed by the U.S. military during World War II. The army needed a reliable method for testing bullets without testing 100-percent. The problem was that testing was destructive—it included firing the bullets.

If they tested too many units, they wouldn’t have enough remaining to ship to the warfront. Acceptance sampling using the MIL-STD-105 standard allowed the military to reliably understand the quality level of a shipment of bullets by testing a sample of the total quantity.

The standard’s terminology differs from ANSI ASQ Z.14 as it expresses findings as defectives (expressed in percentage defective) and defects (expressed in defects per 100 units).

MIL-STD-105 has been revised several times with the last revision, MIL-STD-105E, being released in 1989. The military stopped supporting the standard in 1995 and proposed using civilian standards instead.

ANSI ASQ Z1.4, formerly ANSI ASQC Z1.4, was developed by the American National Standards Institute and American Society for Quality. It is the most widely used standard for AQL sampling. The U.S. FDA recognizes this standard as applicable for single, double and multiple sampling plans, since it specifies a fixed sample size based on the lot size.

When using ANSI ASQ Z1.4 for AQL sampling, you can alter your sample sizes for product inspection by choosing among the three general inspection levels (GI, GII, GIII) and four special inspection levels (S1, S2, S3 and S4). Like other sampling plans that use AQL, you choose between relatively strict levels (e.g. AQL 0.1) and more lenient levels (e.g. AQL 6.5), depending on your product type and your tolerance for defects (related: Anatomy of the ANSI ASQ Z1.4 Industry-Standard AQL Table).

This standard relies on terminology from ANSI ASQ A3534-2:2006 in its definitions of defects and nonconformances:

In 1995, the U.S. Department of Defense recommended ANSI ASQ Z1.4 as the replacement to the military’s earlier standard, MIL-STD-105E, on which ANSI ASQ Z1.4 is based.

Besides the two more popular attribute sampling standards, there are a couple used to a lesser extent in the QC industry, such as ASTM E2234-09. It was created in 2005 and is best used in a testing or controlled laboratory setting.

Another standard is ISO 2859-1, which the International Organization for Standardization (ISO) created in 1974. Like ASTM E2234-09 and ANSI ASQ Z1.4, this standard was adopted from MIL-STD-105 but has since undergone more significant changes. This sampling standard is suitable for, but not limited to, inspections of finished products, components and raw materials, materials in process and supplies in storage.

While ISO 2859-1 is also an attribute sampling plan with an acceptance sampling system based on acceptable quality levels, its sampling plans are meant to be used for a continuing series of lots. The standard uses “switching rules” to alter the severity of sampling plans according to whether a deterioration or improvement in quality is found. These rules are meant to protect the customer and incentivize the producer to maintain high levels of quality.

With the exception of sequential-sampling plans, all of the above acceptance sampling plans and standards are equally grounded in statistical logic. But their unique procedures might pose advantages and disadvantages for your intended product inspection. It’s ultimately up to you, as the importer, to consider factors such as your budget, product type, lead time and customer expectations in deciding which plan you’d like to apply in your QC inspection.

Although third-party product inspection companies tend to rely on ANSI ASQ Z1.4, the best QC providers will be flexible to your preferred standards, so long as they’re reasonable. Establishing your preferences with your QC team will ensure you receive the clearest inspection report. And despite there being several ways importers conduct product inspection, one focus should be consistent across inspection type and method: your and your customers’ satisfaction.

Which sampling method and standard do you use for inspecting your products and why? Let us know in the comments section below!