Counterfeit problems aren’t new to Amazon. But effectively addressing them arguably is.

Complaints from Amazon sellers over the lack of protections against counterfeit goods have steadily increased in recent years. But now Amazon has a new anti-counterfeit program: Project Zero. 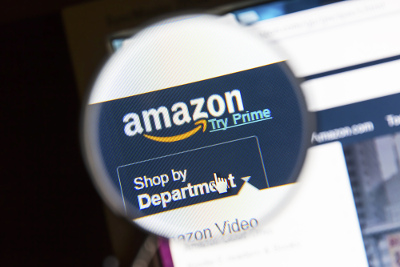 Amazon announced the anti-counterfeit program in a blog article on their website last week. Amazon has already piloted Project Zero with 15 brands over the last several months, with plans to gradually invite more brands to the program in the coming weeks.

Participating brands have good things to say about the program so far. The CEO of Thunderworks says of Project Zero:

Every unit we sell through Amazon has a unique, serialized barcode, and our counterfeit problem has nearly disappeared in the United States.

And Amazon hopes Project Zero will help them finally live up to their “zero tolerance” policy for counterfeit products.

Sellers will have power to remove counterfeit products themselves

Many Amazon sellers have complained previously that this reactive process was slow and tedious.

Amazon is looking to streamline that process with Project Zero. The program is made up of three main parts:

For its automated protections, Amazon is using machine learning to continuously scan product listings and proactively remove counterfeits. Once brands provide Amazon with their logos and trademarks, Amazon’s automatic protections can scan for any fraudulent products throughout the website.

With the new self-service counterfeit tool, brands now have the unprecedented power to remove products themselves without Amazon’s prior approval. But brands will need to undergo training with Amazon before they can use the tool and must maintain a “high bar for accuracy” to retain their privileges.

Regarding product serialization, Amazon will provide brands with a unique code for every single unit manufactured, which brands can then put on their products during manufacturing. Amazon’s fulfillment centers can then scan and verify purchases against these numbers before shipping the goods to customers.

How can you join Project Zero?

Project Zero is still an invite-only program, but Amazon says they’re adding brands as quickly as possible and you can sign up now to join the waiting list. Brands must already have a government-registered trademark and have enrolled their brand(s) in Amazon Brand Registry to join.

But is the program free for sellers?

The automated protections and self-service removal tools are free for all sellers. But brands that use the product serialization service will need to pay between $0.01 and $0.05 per unit for the serial number, based on volume.

This fee could add to complaints that smaller brands with less resources are already at a higher risk (see #5) to counterfeits on Amazon.

Follow the link below to learn more about Amazon’s new program to protect sellers from counterfeits:

The news comes as President Trump is negotiating with China to put an end to the trade war this month.

It seems U.S. importers have remained loyal to their Chinese supply chains for now, despite looming tariffs. U.S. goods exports to China fell seven percent to $120.3 billion, while American imports of Chinese goods rose by that same percentage to $539.5 billion.

While a trade deficit isn’t an inherently good or bad reflection of the U.S. economy, the numbers deal a blow to President Trump’s promises that tariffs would reduce the trade deficit.

A trade deficit is actually often a sign of a strong economy, influenced by several different factors.

Trump’s tax break enacted in November 2017 is likely to have contributed to the deficit increase. A tax break and a strong economy means everyday Americans have more money to spend on goods, especially given the relatively low savings rate in the U.S.

The increase in imports from China is also likely due to a rush from importers to buy products in late 2018 to avoid additional scheduled tariff increases. The deficit with China rose more than $3 billion in December alone. At the same time, U.S. export industries targeted by retaliatory tariffs suffered, with exports falling by $10 billion in 2018.

Rick Helfenbein, president of the American Apparel and Footwear Association, agrees the deficit rise is a reflection of recent trade war events:

U.S. importers rushed to bring in more goods before being hit with punitive tariffs, while at the same time U.S. exports crumbled due to closing markets caused by retaliatory tariffs.

So despite Trump’s promises, China isn’t “paying” for the tariffs—consumers are.

A Federal Reserve Bank of New York study found that the tariffs are costing American consumers $3 billion dollars a month in additional taxes, and costing companies a further $1.4 billion in deadweight losses.

Where the trade war stands now

Trump has already agreed to indefinitely halt the increase in tariffs to 25 percent that was scheduled for March 1st. And sources say China and the U.S. are close to signing a deal by the end of March at Trump’s Mar-a-Lago estate.

Details of the deal are still emerging, but the deal could include:

But many experts fear a trade deal, or even changes to Chinese laws, will do little to promote long-term change in China. Nicholas Lardy, a senior fellow at the Peterson Institute for International Economics, says:

Talking about rule of law and protecting property rights is one thing, but actually following through on it is a very difficult thing for a system where the party has been so deeply embedded for a long time and the rule of law is secondary.

Importers should stay tuned in the next month as the deal takes shape.

Follow the link below to learn more about what the U.S. trade deficit could mean for U.S.-China trade.

Ninety percent of the world’s traded goods travel the seas on route to their final destination.

So it shouldn’t be a surprise that cargo ships alone account for three percent of the world’s carbon dioxide emissions. Three percent may not sound like a lot, but it amounts to around one billion tons of CO2 and other greenhouse gases a year.

In response, the International Maritime Organization (IMO) has already committed the global shipping industry to reducing greenhouse gas emissions by 50 percent by 2050.

But perhaps the most surprising is a push to retrofit cargo ships with sails—the ancient technology first invented in 1300 BC. Diane Gilpin, the head of the Smart Green Shipping Alliance, says, “The wind is free and will always be free, and we can predict it.”

You might be wondering, wouldn’t those huge sails get in the way? But these high-tech, modern sails look a bit different than the ancient sails you might associate with Christopher Columbus or Marco Polo.

How would wind-powered cargo ships work?

Engineers are looking to retrofit existing cargo ships in a “plug-and-play” type system, where cargo ships could be retro-fitted with sails as new cargo is loaded in.

Current models from the Wind Challenger project, a Japanese group from the University of Tokyo, use retractable sails. They estimate their sails could reduce fuel emissions by 20 percent.

With this model, the crew could retract sails when porting or passing under bridges. Below is a concept video (skip to 1:09 to see the retractable sails in action):

Space is a concern with this design. It’s likely these sails could only be installed on bulk carriers and tankers that carry products in large bulk, like liquids, oil and grains. Cargo ships that carry high stacks of containers wouldn’t have enough space on deck for sails.

Norsepower, a Finnish company, has invented another option that requires less space: “Rotor Sails”. These large, 100-foot tall cylinders spin to create higher air pressure on one side of the cylinder than the other, propelling the ship forward.

In August 2018, shipping giant Maersk Tankers fitted a tanker with the Norsepower sails in the first installation of wind-powered energy technology worldwide. Maersk says they hope to retrofit 80 of their 164 ships with the cylinders and could cut fuel consumption by 10 percent.

Cost considerations often win over environmental concerns in global trade. But money and the environment might be on the same side this time.

Most cargo ships currently run on bunker fuel, one of the dirtiest fuels in the world—essentially, it’s the crude oil leftover after removing all the other cleaner fuels. The current average sulphur content of bunker fuel is around 2.7 percent.

But in 2020, the IMO will implement a new 0.5 percent cap on sulphur content in marine fuel, a three percent decrease from the current 3.5 percent limit.

Compliant fuels with a low sulphur content are in high demand and restricted supply. And cleaning mechanisms, or “scrubbers”, to remove sulphur from fuel are expensive to install.

With traditional fuels becoming increasingly more expensive and difficult to procure, why not consider an alternate fuel source?

But we’ve come a long way from the initial sail boats invented centuries ago. A wind-powered cargo ship might be sailing its way into the clean energy debate.

Follow the link below to learn more about up-and-coming sailing technology in the shipping industry.