Ethical and Sustainable Manufacturing in China

This week on Best in Manufacturing, learn about one brand's ethical focus in China, Shanghai's renewed focus on manufacturing, what Trump's Paris Accords decision means for manufacturing, circular supply chains & Chinese factories opening in the U.S.!

1. Ethical and sustainable manufacturing in China

China gets a lot of flak for its manufacturing practices. Sometimes workers suffer from their work environments, while in other instances there’s labor unrest resulting from bad treatment. Yet in the midst of all these issues, there are a handful of companies working to ensure supplier treat their Chinese employees well. 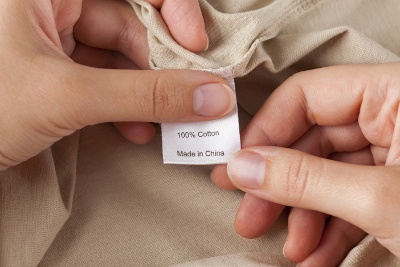 The Paris and San Francisco-based fashion label Les Lunes, for example, wants to prove that Chinese manufacturing isn’t always synonymous with miserable working conditions. In a show of concern, the CEO of the company, Anna Lecat, knows all 50 workers at their production facility. She’s ensured that the workers there are part of a tight-knit, satisfied community. Complementing this community are benefits and

Some companies work with factories to improve working conditions out of fear of crossing the government or upsetting customers. Some do it simply because it’s the right thing to do. And some others treat workers better as a side effect, like through automation, which reduces strain on individual workers that might otherwise perform low-skilled, repetitive tasks. In all, the combined effect is better treatment of workers, at least in some cases.

And even though labor costs are rising in China, the article mentions manufacturers are still able to operate with lower costs than those in the United States and Europe, even with this improvement in wages and treatment for experienced workers. For importers that want to reshore their operations, this is an important consideration. But wages are even lower in other Asian countries, like Bangladesh and Vietnam, which is another important point to contemplate when deciding which country is most suitable for your manufacturing needs.

Learn about better working conditions in Chinese garment factories by checking out the full article in the link below:

When “Made In China” Means Sustainable, Ethical, and Expert – Elizabeth Segran, Fast Company

Shanghai is well known as the financial capital of mainland China. The presence of major investment firms and banks is certainly important for the city, but that’s not to say other industries aren’t essential as well. Following the revelation that Shanghai’s industrial output fell 7 percent year on year in the first quarter of 2016, some city officials have grown weary about Shanghai’s industrial capabilities.

Shanghai’s government isn’t complacent to let this decline continue, however. Chen Mingbo, the head of the Shanghai Commission of Economy and Information Technology, said:

The city pledged to attract more than 60 key industrial projects with annual output of more than 1 billion yuan each between 2016 and 2020.

Especially in the wake of Beijing’s resistance to market liberalization measures, Shanghai officials are turning to manufacturing to keep the city’s growth steady. Promising companies will get better treatment in the form of special rent and tax incentives. These companies will hopefully replace outdated, less-sophisticated manufacturers or fill up vacant industrial plots in the city.

If major hi-tech firms are courted successfully, importers looking for advanced manufacturing might increasingly turn to Shanghai instead of other well-developed manufacturing havens, like Shenzhen. The leaders of Shanghai seem aware of the fact that manufacturing is an important growth driver and are willing to ensure it thrives in the city. And hopefully, with improved manufacturing in Shanghai, importers will share in the prosperity that the industry brings.

To learn more about Shanghai and its plans for the manufacturing industry there, check out the full article in the link below:

3. The implications of President Trump’s withdrawal from the Paris Accord for manufacturing

Roughly a week ago, President Trump decided to withdraw America from the Paris Accord. In case you’re not familiar with the Paris Accord, it’s essentially an agreement between over 190 countries to fight climate change. The agreement’s central aim is to keep a global temperature rise this century well below 2 degrees Celsius above pre-industrial levels.

Part of Trump’s reasoning for leaving the Paris Accord was that it encumbers America’s economy and manufacturers. Essentially, by imposing environmental protection burdens on factories, jobs and growth might suffer.

In the opinion of the author of this featured article, however, addressing climate change has benefits for manufacturing. The author notes how across 48 states, clean vehicle technology is directly responsible for the employment of 288,000 manufacturing and engineering workers. And in other sectors, like energy, workers are needed to create and install steel scrubbers, wind turbines solar panels and other clean energy equipment.

In the words of the author:

We think a clean environment is in the best interest of factory jobs. Paris accord or not, we hope manufacturers continue to invest to clean up their acts.

Although the U.S. isn’t a part of the Paris accord any longer, the author still believes that it’s beneficial for domestic manufacturing. But what’s your stance? Do you feel the Paris Accord is good or bad for factories? Let us know in the comments below.

To read more about the effects of withdrawing from the Paris Accord on American manufacturing, check out the full article in the link below:

Trump Withdrew from the Paris Accord. What Does That Mean for Manufacturing? – Alliance for American Manufacturing blog

4. Getting the most out of circular supply chains

A “cradle to grave” product is one that has one use. Think of those iconic disposable red plastic cups that you might use at a party or business function. After using one for a short period of time, it goes in the trash.

While convenient, these products are very wasteful. They fill up landfills or add to the waste dumped in the planet’s oceans, without contributing any further value to society after use. But with products, part of a “cradle to cradle”, or circular, supply chain, waste is greatly minimized. Goods that might’ve spent the rest of their existence rotting in a dump or floating in the ocean get a second chance.

Dell manufactures products from plastics recovered from its own computer products—recapturing plastics in a closed-loop fashion to use in the production of new products. This results in a smaller carbon footprint and a reduction in manufacturing costs.

Not only is Dell able to do its part to help the environment with a circular supply chain, but it saves money in the process as well. This strategy is a win-win for businesses and the environment.

And if you’re interested in becoming more like Dell and implementing circular supply chains, the article mentions four ways to maximize their value:

Curious about circular supply chains? Read the rest of the detailed article by following the link below:

5. Chinese factories in the United States

It seems like the reversal of the common story. Instead of American companies manufacturing abroad, Chinese manufacturers are moving to the United States for production.

There are still several reasons why China remains competitive for importers. But for Chinese manufacturers themselves, they’ve been tempted to start operations in the U.S. for a few reasons, including:

These benefits are only really relevant to a few industries, however. Capital-intensive industries, like textiles and chemicals (among others), are more likely to consider and invest in having American operations. Industries that require an abundance of labor, like garment manufacturing, are less prone to return to the U.S. due to relatively high wages. 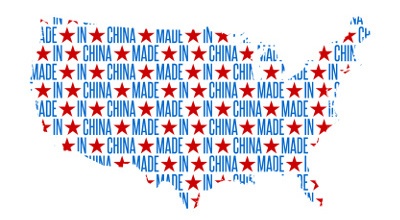 For one company in the video that accompanies this featured article, cost savings were as great as 25 percent in the U.S. compared to China. If other Chinese companies can capture anywhere close to this number by producing in the U.S., they might consider working there as well.

American importers of goods from China and other Asian countries might eventually find themselves competing with products made on American soil under Chinese management. And while this development might still be a few years away from fruition, it’s probably not the best idea to let a sleeping dragon live on your home turf without any idea how to defeat it.

To read more about Chinese manufacturers considering the U.S. for production, check out the full article in the link below:

“Made in China” Could Soon Be Made in the US – Eunice Yoon, CNBC