This week on Best in Manufacturing, learn about the four dragon economies of Asia, lessons from "manufacturing masters," a global shipping slump, super precise additive manufacturing, and Chinese companies moving production to the U.S.!

Hong Kong. Taiwan. South Korea. Singapore. What, in the opinion of the author of this featured article, is the common denominator of these “four dragons”?

Political friction as a result of an aging population and slowing economy.

The four dragons followed Japan’s export-led growth model to achieve in decades what other advanced economies needed one or two centuries. For the dragons, a combination of the right choices and good timing allowed them to enjoy improvements to living standards beyond what industrialization typically offers. Yet all that sustained, remarkable growth can’t continue forever.

The author mentions the growth rates of the four dragons have slowed as follows:

The growth of the four dragons has taken such a hit compared to past figures because of aging populations and slowing economies faced with political challenges. And lower growth rates could threaten progress toward higher living standards.

With workers getting older, that might create complications for importers and businesspeople. Factories might have to deal with high turnover rates and training costs, which could stifle foreign businesses invested in either of the four countries. Only time will tell whether the dragons get their fire back or continue to fall from grace.

To find out what’s necessary to rekindle the economies of these four dragons, check out the full article in the link below:

2. What “manufacturing masters" are doing differently

The manufacturing industry is always striving to improve. Whether it’s through methodologies like Lean, super advanced materials or through Industry 4.0, there always seems to be something new to consider to better produce all the items the world needs.

But sometimes in the pursuit of improvements like these and the goal to address market demand, businesses take a hit elsewhere. The authors of this article point out that 78 percent of the firms they surveyed “improved their ability to fill their total actual market demands but had lost control over costs.”

The authors also found, however, that for 11 percent of survey respondents, they were able to both increase demand fulfillment AND reduce costs. So what exactly did these manufacturers do?

Let’s examine the third point a little more closely. The companies that incorporate cross training in their factories get better feedback from their employees because they’re more aware of a variety of processes. Design and development teams benefit greatly from multi-skilled operators on account of how they’re able to provide a unique and well-informed perspective on processes. And this is just one lesson from the “manufacturing masters”.

For more details about how these traits encourage flexibility and lower costs, check out the full article in the link below:

If manufacturing a product in a distant country, it’ll probably be carried aboard a cargo ship at some stage in its delivery. Cargo ships can carry thousands of shipping containers full of goods destined for eager markets all over the world. Some ships are so big they dwarf the Eiffel Tower.

But despite their vital role in global trade, freight companies are selling off their cargo ships for scrap due to overzealous investments and unfilled capacity.

Players in the shipping industry have continued to upgrade to larger, more fuel-efficient ships in recent years. More and more ships were built. But a slump in shipping demand has led some to say “there are too many ships for too little cargo”.

Based on growth before 2008 and 2009, it made sense to invest in more ships. Companies bought larger and improved ships to increase scale, reducing costs. Another reason for increased investment in new ships was a major improvement to the Panama Canal – the ability to allow passage for 13,000 twenty-foot equivalent unit (TEU) ships, up from 5,000 TEU. However, this upgrade is meant to accommodate bigger vessels called Neo-Panamaxes, which will slowly phase out smaller container ships.

With smaller ships heading to scrapyards and Neo-Panamaxes taking over the seas, does that mean shipping prices will go down? Will there be fewer shipping delays? Will smaller shipping companies go out of business because they can no longer compete with bigger firms with bigger ships? I don’t know the answers to these questions, but I do know for certain that all I want to do now is see a Neo-Panamax in person.

If you’d like to read more about changes affecting the shipping industry, check out the full article in the link below:

Shipping Slump: Why a Vessel Worth $60m Was Sold as Scrap – Jamie Robertson, BBC News

This featured article has a video of a TruPrint 1000 in action, an additive manufacturing machine that can print a wide range of products with remarkable precision. One point the video demonstrates is the TruPrint’s ability to make planetary gears with gaps between each other of just 80 microns. For reference, a strand of hair is 100 microns. To create something with that much accuracy opens the door to a wide range of other, previously-unachievable, applications.

The video also gives viewers a look at a hip replacement prosthesis that allows bone to grow into it. This level of sophistication simply wasn’t possible with other hip replacements of the past. But due to the capabilities of the TruPrint, the hip replacement was created with a very fine 3D mesh, which enables a patient’s body to truly adopt the part.

To see this advanced 3D printer in action and about its capabilities, check out the article and video in the link below:

Even before President Trump announced potential tariffs on Chinese goods, a trend was taking place in America: Chinese companies moving their manufacturing there. 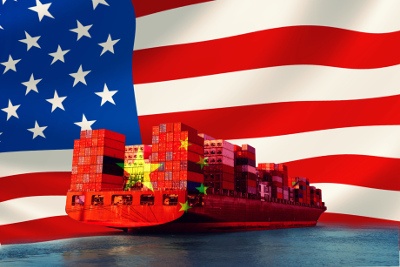 Chinese firms have several reasons for the transition, like taxes being higher in China than in the U.S.A., rising wages at home and the pursuit of new growth opportunities. Despite several reasons for China remaining competitive for importers, it’s hard not to blame Chinese businessmen for their desire to get closer to their target market and improve their company’s margins.

One way their efforts have manifested is in the form of “greenfield” investments. A greenfield investment is one in which a company directly invests in a new production facility in a foreign country. The article mentions how “from 2000 to 2016, Chinese firms plowed $8.6 billion into 778 greenfield or new investments in the U.S.”. That’s money going to support U.S. jobs.

But another consideration is just how many workers the factories will really employ. One Chinese businesswoman, Carolyn Wang, says her company Shenghuabo might open a plant in the U.S., but would make it highly automated with minimal workers so it doesn’t become an expensive operation.

What’s your take on Chinese manufacturers setting up shop in America? Do you think it’s worthwhile and will create jobs or not? Let us know in the comments section below.

If you’d like to learn more about Chinese companies considering moving production to the United States, check out the full article in the link below:

For More Chinese Firms, It Pays to Make It in the U.S.A. – Nina Trentman, The Wall Street Journal