If you traveled back in time and told a skilled artisan that his handicrafts would one day be made in the thousands by machines, he probably wouldn’t believe you. In fact, he'd more likely ask how you got there and what you’re 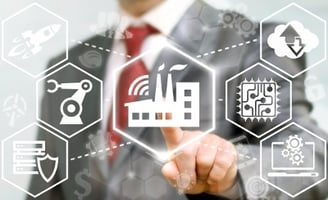 talking about in the first place.

The way we produce goods has come a long way, since the times of the world’s first industrial revolution. From artisan manufacturing to thousands of unskilled workers along an assembly line to  tireless robots for automation, manufacturing continues to evolve. And in the 21st century, that progress shows no sign of stopping.

Robots and automation aside, data collection is also a major advance in manufacturing that has gained traction in the past few years. By analyzing production lines using sensors, companies embracing the Internet of Things are able to amass troves of data and use it to inform their decision making.

These decisions translate into several improvements, such as:

Yet in spite of these major benefits, the author of this article mentions that manufacturing has been slow to integrate IT solutions into operations. And on top of that, manufacturing is more complicated than some of the other industries where IT has been deployed, which further delays the adoption of cutting-edge technology.

Thankfully, the article contains a detailed infographic that explains the future of big data and some of its challenges. Here’s a sample of it:

To view the rest of the infographic and find out more about big data, check out the article in the link below:

The Impact of Big Data and Analytics on Manufacturing – Vikas Agrawal, Tech.co

For many factories in China, subcontracting is a logical option. A share of factories might not possess all the equipment necessary to make certain components on their own. Their management might know a friend or acquaintance that produces the part the factory needs. So it makes sense that some work gets completed by a separate supplier.

But the author points out that major retailers like Walmart are pushing for transparency and have zero-tolerance for unapproved sub suppliers in their supply chains. And in order to avoid problems with major clients, he mentions several considerations to reduce subcontracting risks, including:

While you might not always be able to completely prevent subcontracting from taking place, knowing that it’s happening can help you pinpoint issues if they arise. And the additional transparency might just save you from social compliance and quality disasters.

To read about the other ways to reduce subcontracting risks in China, read the full article by following the link below:

On a recent edition of America’s popular radio station National Public Radio (NPR), host Scott Simon had a brief conversation with Ball State University economist Michael Hicks. But they covered a lot of ground in a short amount of time. In particular, they discussed the role of technology in reducing manufacturing jobs as opposed to the culprit most people seem to blame, globalization.

During the exchange, they brought up several major points, most notably:

The episode also touches on the theme of America’s manufacturing skills gap. Because while automation may eliminate some jobs, others will be created to handle more data and advanced technical processes.

To listen to this episode of NPR or read the transcript of it, follow the link below:

4. Where is manufacturing at? Insights from one CEO

Depending on whom you ask about the state of manufacturing, you might get a wide variety of responses. Shop floor workers, factory bosses and industry analysts will all have their own opinions. But one novel perspective to consider comes from someone that’s involved in the transition to Industry 4.0. That person is Jason Blessing, the CEO of the manufacturing cloud services provider Plex Systems.

In a recent interview, Jason shared his thoughts on the manufacturing industry. Jason touched on many topics, including:

As the leader of a company that routinely deals with automated factories and state-of-the-art technology, Jason has noticed two benefits to manufacturing. I’ll mention one here:

The first is the fact that we’re creating great new jobs with long-term career potential. I get to visit a lot of factories… and the jobs that they’re hiring for are definitely more high-end jobs that require more computer skills; jobs that handle some of the automation and more technical aspects of their manufacturing operations.

Rarely do you find an interview that’s as well-informed as this one. It offers a great perspective on the manufacturing industry and might help importers and manufacturers better prepare for 2017.

What’s your opinion on the state of manufacturing? Do you agree with Jason’s thoughts? Let us know in the comments below!

To read the full, detailed interview, check out the article in the link below:

At this point in time, it’s pretty apparent that 3D printing can do some remarkable things. In 2015, for example, there were some major achievements in medicine and in industry from using the technology, like printing liver tissue and creating a metal rocket injector for NASA.

But what might receive less attention is the fact that in the coming decades, 3D printers will become more and more widespread. While the adoption of the technology on a large scale could have huge benefits for individuals and society at 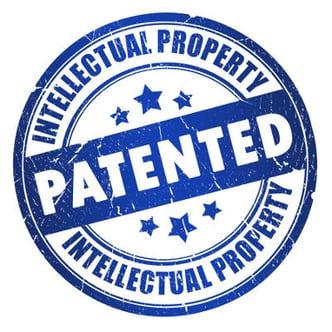 Let’s say you 3D print a complex and beautiful wristwatch. The design, colors, arrangement – everything is proprietary. While your sales are strong, you one day might discover a threat to your business. Someone has reverse engineered your product and posted a downloadable 3D schematic of it online. That means people with the right raw materials all over the world can now print your wristwatch without giving you due consideration.

The author references how this problem is somewhat similar to what happened to the music industry in the early 2000s. People engaged in unauthorized music sharing and eliminated the need to buy albums. As a result, artists and music companies took a hit to their bottom line. But once these parties suffered losses, they went after individual users, which is only marginally effective.

As opposed to going after the specific people that upload infringing material, the author also brings up pursuing legal action against 3D printer manufacturers. He references the case of Sony v. Universal City Studios as a case that sets precedent for matters relating to this issue of contributory infringement.

Universal accused Sony of contributory infringement because people were using Sony’s technology to record and share copyrighted material. To make a long story short, Sony won the case for a few reasons, one notably being,

…the sale of copying equipment, like the sale of other articles of commerce, does not constitute contributory infringement if the product is widely used for legitimate, unobjectionable purposes.

So what does this mean for the relationship between 3D printing and copyright infringement? Find out by reading the full article in the link below:

We’re constantly scanning the web for top manufacturing stories and news. But if you’d like to submit an article for consideration for our weekly Best in Manufacturing, send us a message and let us know.