What to Do When Factories Resist Third-Party Inspection

Sometimes factories resist third-party inspection. The consequences range from shipping delays to undiscovered quality issues due to forgoing inspection. And if you’ve experienced this as an importer, you’re not alone. Resistance to third-party inspection can be taken as a red flag and a sign that you should pay more attention to the products and the relationship you have with your supplier. But some hesitation on the part of the factory is fairly common.

Let’s assume you’re working with a new factory to manufacture men’s jackets. While this is your first order with this particular factory, it’s not the first time you’ve imported this product. You’re familiar with the common quality defects found in garments. And you’d like a trusted third-party to visit the factory and inspect the jackets before they ship.

Before you know it, your ex-factory date has to be delayed so you can inspect before shipping.

Sometimes factories resist third-party inspection. And many importers mistakenly think inspection companies can force suppliers to allow them to inspect on a specific day (related: 5 Misconceptions of QC Inspection in China [eBook]). The consequences range from shipping delays to undiscovered quality issues due to forgoing inspection. And if you’ve experienced this as an importer, you’re not alone.

That’s why we'll discuss why factories resist third-party inspection, their tactics and what you can do to make sure inspection occurs without any delays related to resistance.

Why do factories resist third-party inspection?

Factory resistance is common when in a newly established relationship, whether that be with external QC or the importer. To the factory or supplier representative, third-party inspection can feel like having a backseat driver questioning every move they make.

Fear of scrutiny and added costs

If factory managers are unfamiliar with external QC, then perhaps it's understandable that they would oppose someone else coming in and scrutinizing their work. It’s always a bit unnerving when someone analyses what you do, criticizing every little detail. Factory staff might worry that defects found during inspection will need to be reworked, costing them more time, and 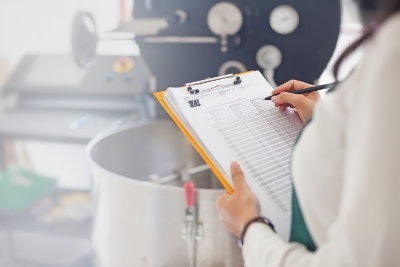 But this analysis helps you, the importer, know the condition of your product. For example, if product inspection reveals that 20 percent of your finished jackets have untrimmed threads, you can ask the supplier to rework the affected pieces before shipping. If inspection shows production is nowhere near meeting your deadline, you can advise your customers and press the supplier.

Fear of revealing the presence of other suppliers or subcontractors

Often a supplier is actually an agent or a factory that is sub-contracting to another operation, and they don't want this known. The truth is that it can be difficult to know if you're dealing with a trading company or if your factory is contracting orders out to other suppliers.

Just look at Nestlé’s example as a company that recently uncovered slave labor in both their seafood supply chain in Thailand and their chocolate supply chain in Ivory Coast. Not knowing who is manufacturing your products can expose you to unwanted social compliance risk.

How do factories resist third-party inspection?

Factory resistance to inspection can take many forms. But generally, a representative will try to avoid inspection either by "passing the buck", dragging their feet throughout the booking process or criticizing the work of the third-party inspector.

One of the most common ways factories resist third-party inspection is by passing the buck. Typically, you’ll introduce the third-party to your supplier by email, as is typically required prior to booking. Then your third-party will contact the representative at the supplier to arrange inspection.

The problem occurs when the supplier representative you’ve introduced tells the third-party that they aren’t responsible for booking inspection. Instead, they might say that some person in another office deals with inspections and audits. And this might genuinely be the case (related: 3 Reasons Your Supplier Might Be Sending You the Wrong Message)

Dragging their feet during the booking process

Probably the most obvious sign of a factory’s resistance to third-party inspection is stalling during the booking process. 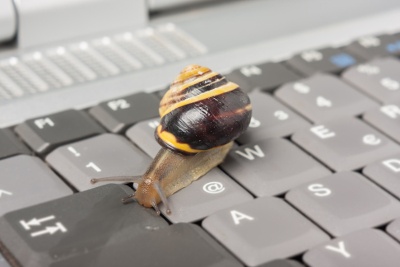 e supplier to fill out and send a digital booking form. The process only takes a few minutes, but you’d be surprised how many suppliers will try to dodge inspection by not submitting the form or taking ages to do so.

You may also find that your third-party has difficulty getting a timely response from the supplier representative. Emails and phone calls from the inspection company to your supplier might go unanswered for a day or two at a time, even though both may be operating in the same time zone and with similar office hours (related: 3 Ways to Improve Communication with Your Supplier).

If your supplier is dragging their feet during the process, often all that’s needed is a bit of pressure from you to get them to cooperate with booking.

Once a factory has actually booked inspection and the service & reporting is completed, you might hear negative reviews from the factory representative.

They might tell you the auditor took too long during the service and forced the factory to stay open later than normal working hours. They might say the auditor was too strict with their reporting of defects. And one criticism you’re most likely to hear is that the auditor was “unprofessional”. These are all complaints a factory might use as leverage to avoid a future inspection.

Some factory complaints are reasonable, while others are unfounded. An auditor should never force a factory to stay open later than the prior-agreed time. The auditor certainly needs to adhere to the factory’s schedule.

As for excessively strict reporting, the inspection criteria is determined by you, the importer. If you find it to be too strict, you can advise the third-party, and they will generally be more lenient in future reporting.

Lastly, if you hear that the auditor was unprofessional, you should ask the factory for specific details:. Was the auditor rude? Were they making unreasonable requests? A vague complaint needs further investigation to find validity.

How can you prevent factory resistance to third-party QC?

As you’ve seen, some factories resist third-party inspection for a number of different reasons. You can take specific steps to address the problem based on the symptoms presented. But there are also some measures you can take to prevent resistance from the factory in advance (related: 4 Keys to Smoothly Introduce Third-Party Inspection to Your Factory).

Clarifying the need for inspection when placing an order

Although third-party inspection is fairly commonplace, it can catch your supplier by surprise if you advise them of your requirement only shortly before shipping. 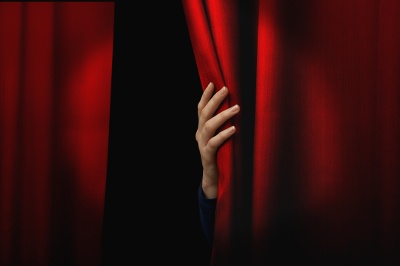 Letting your supplier know early that you’re expecting independent oversight prevents surprises and reduces the chance of resistance later on. The best way to do this is often by stipulating it as a term on the purchase order. This way, your supplier knows at the time of placing an order that this is a requirement.

Explaining why inspection is beneficial

Often an explanation of why independent QC is helpful is all that’s needed for a factory to cooperate. Third-party inspection is very common in the Asian manufacturing arena, and it would be unreasonable for a supplier to outright refuse it.

Many factories even come to appreciate the inspection, as it helps to ensure that they don’t get charged for delivering otherwise defective product. And ultimately, the factory wants to make money. So if they manufacture a quality product to begin with, they can avoid extraneous charges.

Walking the supplier through the process

I once worked with an importer whose factory salesperson called me directly, and we went through the inspection criteria point-by-point so that they understood the requirements they had to meet. 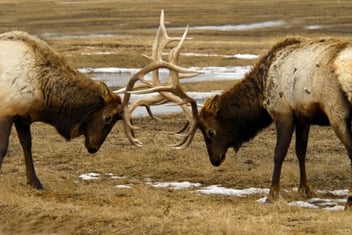 It turned out that the factory had concerns with some of the points, so they talked with the importer, who agreed on a lower tolerance for some points, and an agreement was made to adjust the criteria. The factory then passed the inspection without any problems and third-party inspection later became a routine and important part of the purchasing process.

By taking the time to describe the inspection process to the supplier, you can prime them for what’s to come and mitigate any reservations they might have.

Strong resistance to third-party inspection can be taken as a "red flag" and a sign that you should pay more attention to the products and the relationship you have with a supplier. But some hesitation on the part of the factory is fairly common.

You can help make the inspection process smoother and avoid delays by advising the supplier and introducing your third-party as early as possible. Either you or your inspection company should describe the process and give your supplier an opportunity to voice concerns.

Ultimately, there’s really no reason why the factory can’t allow a third-party inspector to check your products and make sure they’re meeting your requirements. If you experience persistent push back that leads to delays, you might want to consider looking for a new supplier.

And if you'd rather listen to this post instead, you can check out this manufacturing podcast!

Do you have any interesting stories of factory resistance to inspection? Share them in the comments below!