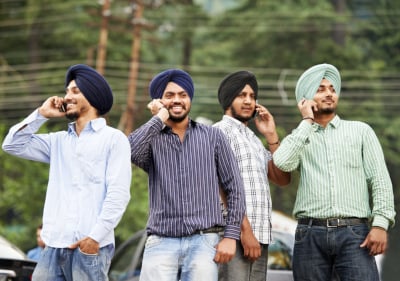 According to the Indian government’s plan, the country will produce one billion mobile handsets annually by 2025. To achieve this goal, the Noida/Greater Noida region will play a great part. Pankaj Mohindroo, the Chairman of India Cellular and Electronics Association, said:

Noida/Greater Noida/YEW (Yamuna Expressway) are envisaged to be a global hub of mobile phone and component manufacturing. We estimate that out of the targeted $190 billion value production and 100 crore (one billion) volume of phones to be produced by 2025, at least 30 percent will be made here.

With tariffs on made-in-China goods increasing, mobile phone manufacturers are now turning to Noida/Greater Noida for producing their products. From 2018 to 2019, this region produced 290 million mobile phone units.

Big brands are now manufacturing in Noida/Greater Noida. South Korean smartphone giant Samsung built the world’s largest mobile phone factory in this region in 2018. The company is now planning to double its mobile phone manufacturing capacity in Noida from 68 million to 120 million units a year by 2020.

Chinese players like OPPO and Vivo have also seen India’s potential in mobile phone manufacturing. OPPO is currently manufacturing 50 million smartphones annually at its factory in Greater Noida. The Chinese brand aims to double the capacity to 10 million units by 2020.

And Vivo has planned to invest approximately 75 billion in India. This Chinese mobile brand rolled out a new manufacturing facility in Greater Noida in early November. Vivo hopes to expand its annual production from 25 million units to 33 million with the help of the new facility.

A positive outlook for mobile phone manufacturing in India

According to the latest ASSOCHAM-PwC joint study, about 95 percent of mobile phones sold and used in India are produced domestically. And since so much is sold within India, that is prompting some companies to look abroad for continued growth:

Our domestic market vis-a-vis domestic manufacturing is saturated and we have set our sights on a target of Rs 7.7 lakh crore of exports by 2025.

To boost its mobile manufacturing, India has been providing financial incentives to mobile phone manufacturers, including schemes like the Modified Special Incentive Package Scheme (M-SIPS) and Electronics Manufacturing Clusters (EMC).

Furthermore, the Indian government plans to establish electronics manufacturing clusters between Noida and Meerut in Uttar Pradesh, northern India. The cluster is expected to include 22 projects worth $1.5 billion USD. The cluster will also produce mobile accessories like power banks and memory cards.

As for now, mobile phone manufacturing in India is mainly limited to final assembly. In the future, the Indian government will focus more on key component manufacturing to further boost its exports.

Follow the link below to learn more the mobile phone manufacturing hubs in India.

Adidas is a well-known sports apparel manufacturer and

footwear made up the largest part of its business. According to Statista, Adidas produced about 403 million pairs of footwear in 2017. With such a huge amount of footwear, how to manufacture as fast as possible has become a key concern for Adidas.

Normally, it takes 60 days to make a pair of shoes. The whole process includes creating rubber, forming it into certain shapes and some labor-intensive processes. Then it takes another 60 days to ship the shoes from Asia to west. To improve its time-to-market, Adidas built a Speedfactory in Germany and Atlanta.

We can simulate every aspect down to a machine level of how we can optimize the setup and the layout within the factory and therefore the production flow, which ultimately should help us on the one side to cost-optimize, but on the other side to have the quality of the product as well.

At Adidas’ Speedfactory, machines will tag each part of the footwear with a scannable OR code to trace and collect data. By collecting and analyzing data, Adidas can refine its manufacturing process and reduce waste. Now, it only take days to make a sneaker.

However, following the success in Germany and Atlanta, Adidas has announced it will move its Speedfactory to Asia. Why?

Speedfactory can carry better in Asia

After relocating its Speedfactory to Asia, Adidas’ factories in Germany and Atlanta will close by April 2020. Adidas expects the shift to Asia to bring more efficiency to the manufacturing process:

The company expects this to result in better utilization of existing production capacity and more flexibility in product design.

Adidas has been applying technology like robotic production and 3D printing in its Speedfactories. The technology can improve time-to-market by shortening product development and manufacturing lead times.

Going forward, Adidas plans to apply high-tech manufacturing to other product types aside from sneakers. The brand will continue to develop, improve and test manufacturing processes in Germany. But by establishing a Speedfactory in Asia, Adidas can use the existing supply chain infrastructure there to manufacture its more popular styles, which it can’t do in Germany

Adidas wants to move its Speedfactory because it sees Asia’s potential in using technology in manufacturing. After years of developing, the Asia manufacturing has grown from low-end to high-end production capabilities in some countries.

As a result, Chinese brands no longer just receive orders from overseas but now create their own brands and sell them overseas. For instance, Chinese manufacturer BYD Company has transformed from a battery manufacturer to one of the world’s largest makers of electric vehicles (EVs). The company is now selling its EVs globally.

Aside from China, Vietnam is also becoming a tech hub in the wake of the U.S.-China trade war. Big tech firms like Google and Apple has moved their production lines to Vietnam. Japanese consumer electronics giant Nintendo is also gradually shifting manufacturing lines to Vietnam.

Additionally, the Vietnamese government is encouraging the creation of a tech ecosystem. The government has built facilities like the Vietnam Silicon Valley and Saigon Innovation Hub to “accelerate and form the nucleus of this growth.”

Follow the link below to learn more about why Adidas is shuttering its USA and German Speedfactories in favor of establishing one in Asia.

3. Malaysia will launch a roadmap for plastic control by 2020 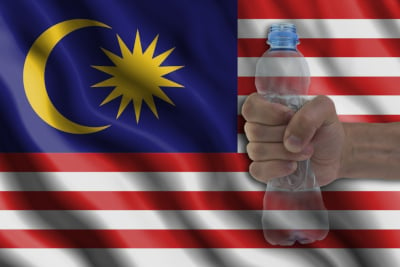 Plastic is everywhere. According to one estimate, the world now produces more than 380 million tons of plastic every year. Most of the plastic ends up as waste and pollutants scattered across the Earth.

Western countries have been shipping their plastic waste to Asian countries to dispose of it and prevent it from entering their ecosystems. But since the Chinese government banned nearly all foreign plastic waste in 2017, Malaysia has become the U.S.’s new “dumping ground”.

The huge amount of plastic waste is hurting Malaysia’s ecosystem. To save the country from plastic waste and further manage plastic issues, the Malaysian government is now unfolding a “circular economy roadmap”.

Malaysia is preparing to “take the next step towards sustainability”

According to Malaysian government, the roadmap will be introduced by 2020. It will be a part of the country’s 2018-2030 plan to achieve zero single-use plastics. The roadmap aims to provide a direction for policy and stakeholders. Dr Ong Kian Ming, Malaysia’s International Trade and Industry Deputy Minister, said:

The potential for the circular economy and recycling is huge, and the government will ensure Malaysia does not miss out. We must address the issue of human behavior, and not demonize any particular material or industry.

According to the document, the roadmap will originate from five major aspects:

Aside from Malaysia, other Asian countries like India and Thailand have also carried out actions to solve plastic problems.

India used about 15.5 million tons of plastic in 2016 to 2017. The number is predicted to increase to 20 million tons by 2019 to 2020. However, the country lacks an organized system to manage plastic waste and control littering.

In October, India issued an official country-wide ban on single plastic. This ban is part of a broader campaign to rid India of single use plastic by 2022. According to Modi, the ban will include plastic bags, cups, plates, small bottles, straws and certain sachets.

In the future, more countries will reduce the use of plastic and find more ways to give plastic a second life. Follow the link below to learn more how is Malaysia recycling plastic waste.

Malaysian circular economy roadmap for plastics to be launched by 2020 – Darrel Moore, Circular