This week on Best in Manufacturing, learn about three new fees coming to Amazon FBA sellers in 2018, how new technology could make shoelaces obsolete and more!

If you’re an Amazon FBA seller with inventory in the United States, you may see three price hikes in 2018. According to policy changes published on Amazon’s seller central website, Amazon will introduce the following changes to U.S. sellers this year: 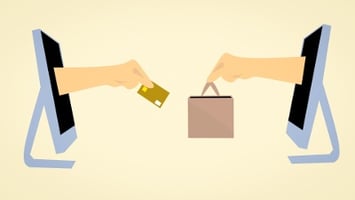 For relatively large companies selling on Amazon, it might be easier to absorb these added costs. But the changes could weigh more heavily on small-to-medium-sized enterprises.

Despite lots of guidelines to follow, like Amazon’s FBA packaging requirements, the program remains popular among importers because of the huge audience and consumer trust the Amazon e-commerce platform provides. Other benefits, like Supply Chain Connect, further entice sellers to remain integrated with Amazon.

Although FBA greatly simplifies logistics between suppliers, sellers and Amazon’s warehouses (and ultimately customers), will the above mentioned costs deter importers from using FBA?

To gain more insight into these new costs, check out the featured article in the link below:

2. Ethiopia may become a massive garment producer with Chinese investors at the helm

Today Ethiopia is still largely an agrarian economy plagued by drought and civil unrest. But the East African nation seems poised to become a major center of garment manufacturing in the next 5-10 years.

Lured by an abundance of cheap labor, tax incentives and an apparent lack of corruption, Sri Lankan and Indian manufacturers backed by Chinese investors are flocking to Ethiopia to set up clothing factories.

Workers in Ethiopia are often paid $25 per month or less to churn out garments for brands like Guess, Levi’s, H&M and others. The Ethiopian government exempts industrialists from paying income tax for their first five years of operation and waves import duties for capital goods and construction materials. Nearly $11 billion in Chinese loans have also driven much-needed development in infrastructure in Ethiopia to make global trade possible.

But Ethiopia’s path to becoming a fast-fashion hub isn’t free of roadblocks, including:

What does Ethiopia’s development mean for the future of garment manufacturing? Will more established players, such as India, Sri Lanka, Bangladesh and others remain more popular sourcing destinations for importers? Let us know what you think in the comments section below.

3. Are your shoe laces about to become a thing of the past?

The first time tying your shoes by yourself as a child is a special moment. The act requires just enough skill that once learned it’s to be celebrated as an achievement and a step toward independence. I remember when I was 6 and on my kindergarten’s playground, I had just mastered shoelace tying and defiantly told my teacher “I don’t need you anymore”.

Hopefully children nowadays aren’t as mean as I was. But as this featured article makes clear, they might not get the chance to be...at least when it comes to shoelace tying.

Shoelaces might be on the path to extinction. As early as the 1990s, there have been attacks on the dominance of laces (e.g.: the Reebok InstaPump Fury). And over the past several years, product design has continued to evolve and offer alternatives to laces because of new technology.

To see this evolution in action, check out this video that covers the Nike HyperAdapt:

It might take some time before the HyperAdapt, and shoes like them, become commonplace. In fact, this featured article makes the point that laces are so simple and effective, they’ll likely not ever disappear. They’re “too aesthetically and culturally important”.

Do you think shoelaces are destined to become obsolete or will remain an integral part of shoes everywhere for centuries to come? Let us know in the comments section at the bottom of the page.

To read more about shoelaces and their future role in the footwear industry, check out the full article in the link below:

4. FCC deals a blow to Chinese telecommunications brands in the U.S.

The Federal Communications Commission (FCC) released a proposal this week to ban Chinese technology companies from selling products to U.S. companies and organizations that receive funding from the FCC.

The proposal is largely an effort to protect national security and includes prominent Chinese brands like Huawei and ZTE. In a statement, FCC Chairman Ajit Pai noted,

Hidden ‘back doors’ to our networks in routers, switches—and virtually any other type of telecommunications equipment—can provide an avenue for hostile governments to inject viruses, launch denial-of-service attacks, steal data, and more.

This move most affects companies that receive funding through a program known as the Universal Service Fund. This fund distributes $8.5 billion annually to help carriers improve telephone and broadband networks in rural communities. Huawei has made inroads in these communities by promoting their comparatively lower priced and high quality phones and equipment to smaller, regional cellular carriers.

This proposal, largely expected to pass, only bans sales to companies that receive FCC funding. But Chinese consumer brands have also struggled to make progress in American retail markets in general. Last week, Best Buy ceased sales of Huawei products in their stores, eliminating one of the only retail stores in the U.S. where consumers could physically see or hold a Huawei product before purchase.

To learn more about this proposal and its potential impact on Chinese brands’ success, follow the link below.

The author of this featured article hosted a roundtable recently with importers from all over the world. Their consensus? When it comes to importing products from abroad, generally speaking, China is still the best option. 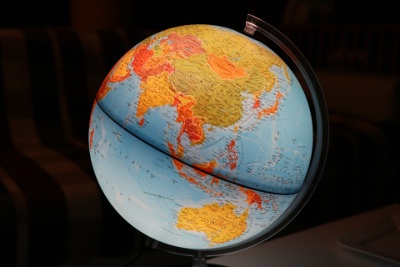 It’s no surprise: according to Deloitte’s 2016 Global Manufacturing Competitiveness Index, China is the most competitive manufacturing nation for the time being. While it’s predicted the United States will take the top spot “before the end of the decade”, in the meantime, plenty of businesses want to keep working with China.

Certainly, there are alternatives to sourcing from China. Importers from across the world have likely considered relocating operations to other areas, such as India. And when it comes specific products, like garments for example, there’s several other countries in Asia that are appealing, like Bangladesh and Vietnam.

But why does Chinese manufacturing remain competitive and attractive for importers? Part of China’s appeal comes from what the alternative countries lack. Other countries:

It’s important to get some context, however. Not everything is perfect in the world of Chinese manufacturing. Participants at the author’s roundtable mentioned issues like:

Importers each have their own needs. One country might suit an importer and not another. What’s best for all importers, however, is to research and understand the global manufacturing arena. You can take a step in that direction by checking out the featured article in the link below: